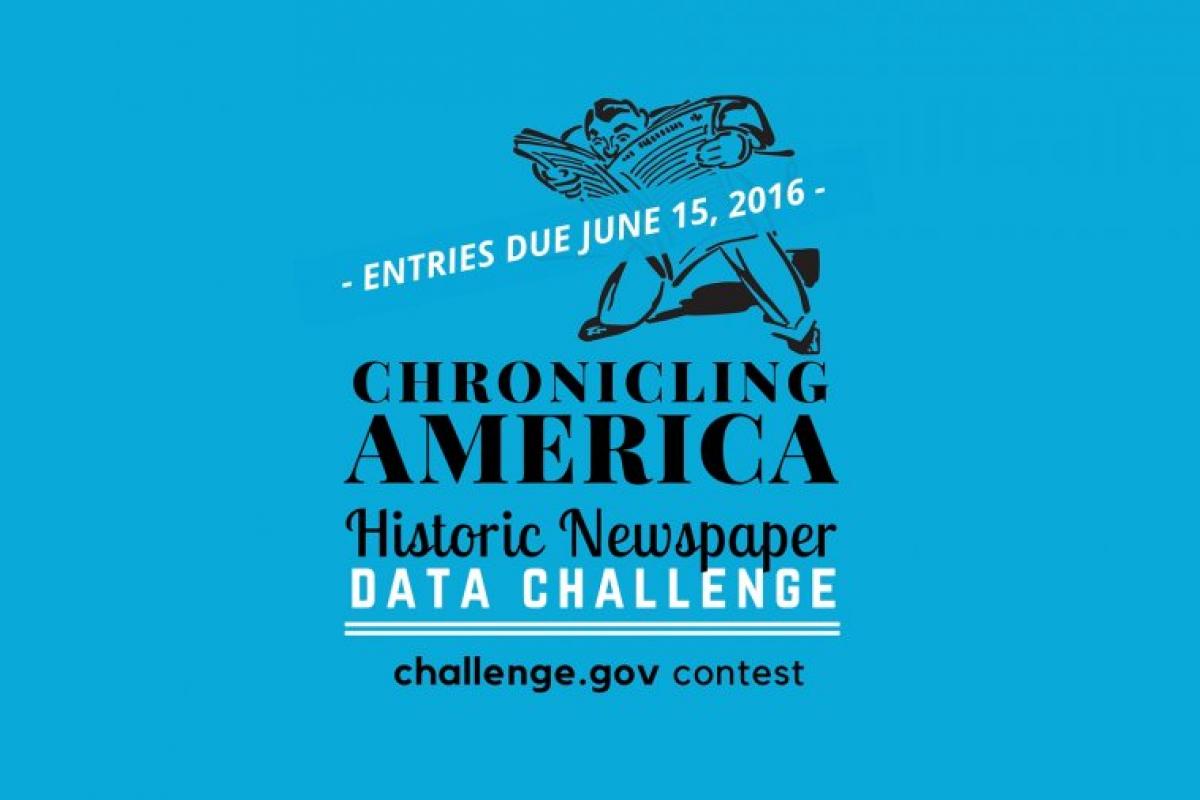 The Chronicling America database, created through a partnership between the National Endowment for the Humanities and the Library of Congress, provides free digital access to ten million pages of historically significant newspapers published in the United States between 1836 and 1922.

“Chronicling America is an invaluable resource that preserves and makes available to all the first draft of America’s history,” said NEH Chairman William D. Adams. “We at NEH would like to invite hackers of all ages to put their talents toward uncovering and presenting the many treasures to be found in this remarkable collection.”

Entries should uncover trends, display insights, explore a theme, or tell a story. For example, entries using the Chronicling America newspaper data could:

NEH will award winning entries $5,000 for First Prize, $3,000 for Second Prize, and $2,000 for Third Prize. NEH may award up to three separate K-12 Student Prizes of $1,000 each. In addition to cash prizes, winners of the contest will be invited to Washington, DC in September 2016 to present their work at an annual National Digital Newspaper Program meeting at NEH headquarters.

The contest closes on June 15, 2016. NEH staff will review entries, and will send the top submissions to a panel of expert judges. NEH will select a judging panel consisting of three outside experts, chosen for their achievements in the humanities and digital humanities. Contest winners will be announced in July 2016.

All contest details, including eligibility and submission requirements, are available at Challenge.gov.