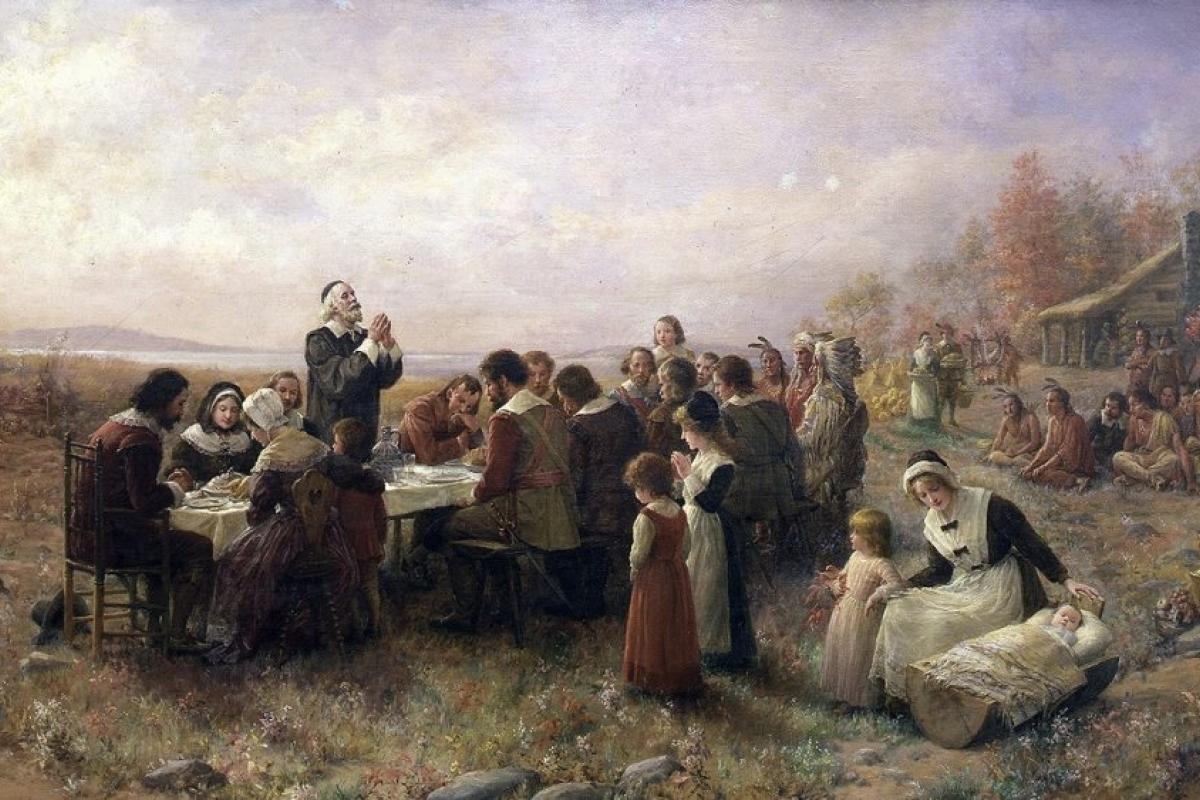 Painting of "The First Thanksgiving at Plymouth" (1914) By Jennie A. Brownscombe.

A new NEH grant will support archaeological excavation of the site of the original 17th-century Plymouth Colony in Massachusetts.

The National Endowment for the Humanities (NEH) today announced $36.6 million in grants for 212 humanities projects, including an exhibition on Mexican modern art from 1910-1950 at the Philadelphia Museum of Art, the excavation of the 17th-century Plymouth Colony settlement in Massachusetts, and publication of the personal papers of Martin Luther King, Jr. dating from the campaign to desegregate Birmingham and the historic 1963 March on Washington.

This funding will support a wide variety of projects including traveling exhibitions, the creation of new digital research tools, the preparation and publication of scholarly editions, professional development opportunities for teachers and college faculty, the preservation of cultural collections, collaborative humanities research, and the production and development of films, television, and radio programs.

Among the grants awarded today are those that will support the expansion and enhancement of the Trans-Atlantic Slave Trade Database, an online database of records of 67,000 enslaved persons transported on 35,000 trans-Atlantic slave ship voyages, and the production of a series of radio segments on language and its relationship to topics such as politics, democracy, and cultural preservation for Public Radio International’s The World in Words.

NEH grants will allow schoolteachers to study the history of immigration, industrialization and public health at Pennsylvania’s Duffy’s Cut, where fifty-seven Irish immigrant railroad workers died from violence and cholera during the summer of 1832, and will bring together scholars for a workshop on applying digital methods to issues of preservation and access in Native American Studies.

Additional funding will enable the preservation of a collection of 19th- and 20th century medical periodicals at the New York Academy of Medicine, support archeological investigation of artifacts from the site of ancient Methone in northern Greece that shed light on the origin and development of the Greek alphabet, and provide for English translations of letters written by Dakota people living in Minnesota in the mid-nineteenth century.

This round of funding also marks the first grant awards made under the new NEH Public Scholar Program, which supports the publication of nonfiction books that apply serious humanities scholarship to subjects of general interest and appeal. Projects supported under the Public Scholar program include “Everybody Comes to Rick’s,” a book by Noah Isenberg at the New School on the cinematic legacy of the film Casablanca, and a biography of American poet Henry Wadsworth Longfellow by independent scholar Nicholas Basbanes.

“The grant projects announced today represent the very best of humanities scholarship and programming,” said NEH Chairman William Adams. “NEH is proud to support programs that illuminate the great ideas and events of our past, broaden access to our nation’s many cultural resources, and open up for us new ways of understanding the world in which we live.”

Institutions and independent scholars in 42 states and the District of Columbia will receive NEH support. Complete state-by-state listings of grants are available here (38-page PDF).