National Endowment for the Humanities announces $22.8 million in awards and offers for 232 humanities projects 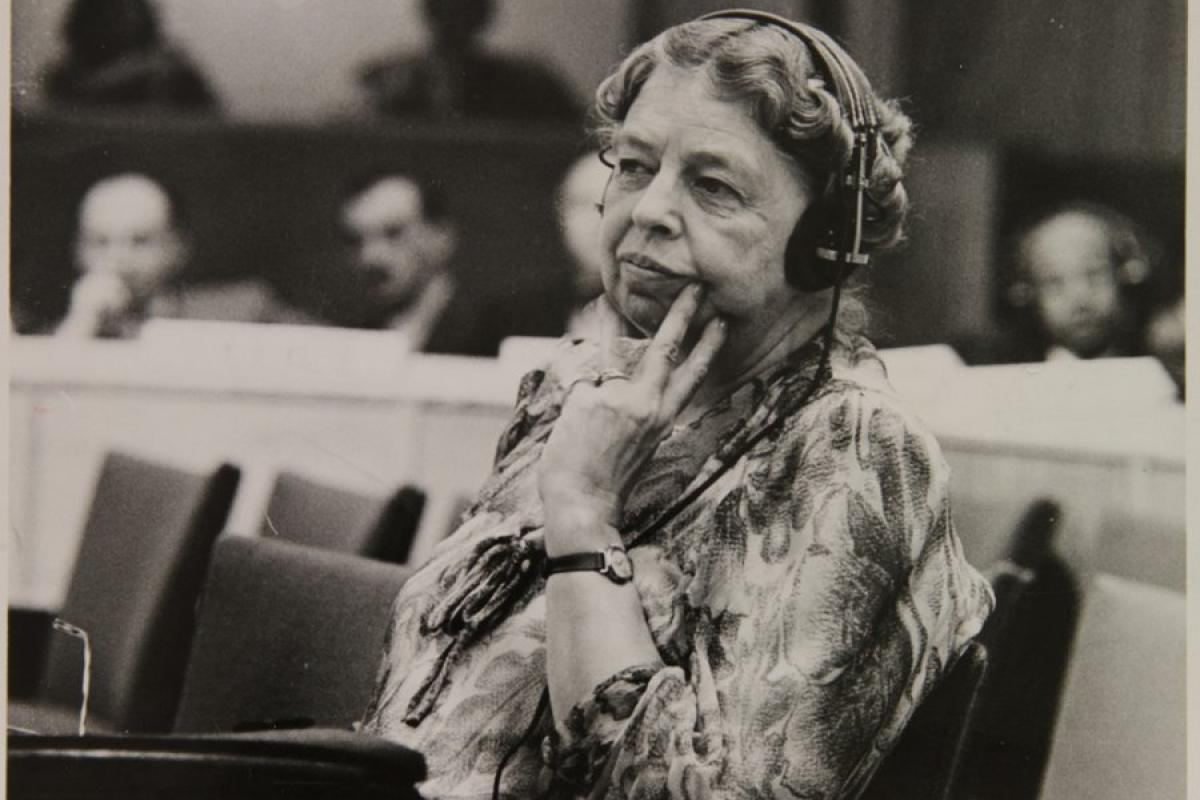 Eleanor Roosevelt at a meeting of the United Nations, 1947. A newly announced NEH grant will help digitize and make available Eleanor Roosevelt's legacy of audio-visual recordings including her many radio and television broadcasts.

The National Endowment for the Humanities (NEH) announced today $22.8 million in grants for 232 humanities projects, the second round of NEH grant awards this fiscal year.

Grant awards announced today will support a variety of projects, including the development of new digital tools for study of the humanities, stipends and fellowships that support scholarly research, and the preservation of and access to historic collections. Grants will also support the production and development of films, the creation of new undergraduate courses in the humanities, traveling exhibitions, and the study and preservation of languages at risk of extinction.

“In the 50 years since NEH’s founding, the Endowment has supported excellence in the humanities by funding far-reaching research, preservation projects and public programs,” said NEH Chairman William Adams. “The grants announced today continue that tradition, making valuable humanities collections, exhibitions, documentaries, and educational resources available to communities across the country.”

Several grants awarded during this cycle were funded under NEH’s Standing Together initiative, a special encouragement across the Endowment’s grant programs for projects that explore war and its aftermath, promote discussion of the experience of military service, and support returning veterans and their families. Standing Together grants form part of NEH’s larger agency-wide initiative:  Common Good: Humanities in the Public Square, which seeks to demonstrate the critical role humanities scholarship plays in our public life. Read more about NEH’s Common Good initiative. Newly awarded Standing Together grants include:

NEH grants announced today will also support a reading and discussion program for at-risk teens in 200 communities, the creation of a crowd-sourced database of runaway slave advertisements drawn from pre-1865 U.S. newspapers, and the digitization of a collection of over 2,700 early twentieth-century wax cylinder recordings of Native American speech and song. Additional grant funding will enable scholars to conduct research on the first documented student loan program —in 13th century Oxford—and support the digitization Eleanor Roosevelt’s radio and television broadcast recordings.