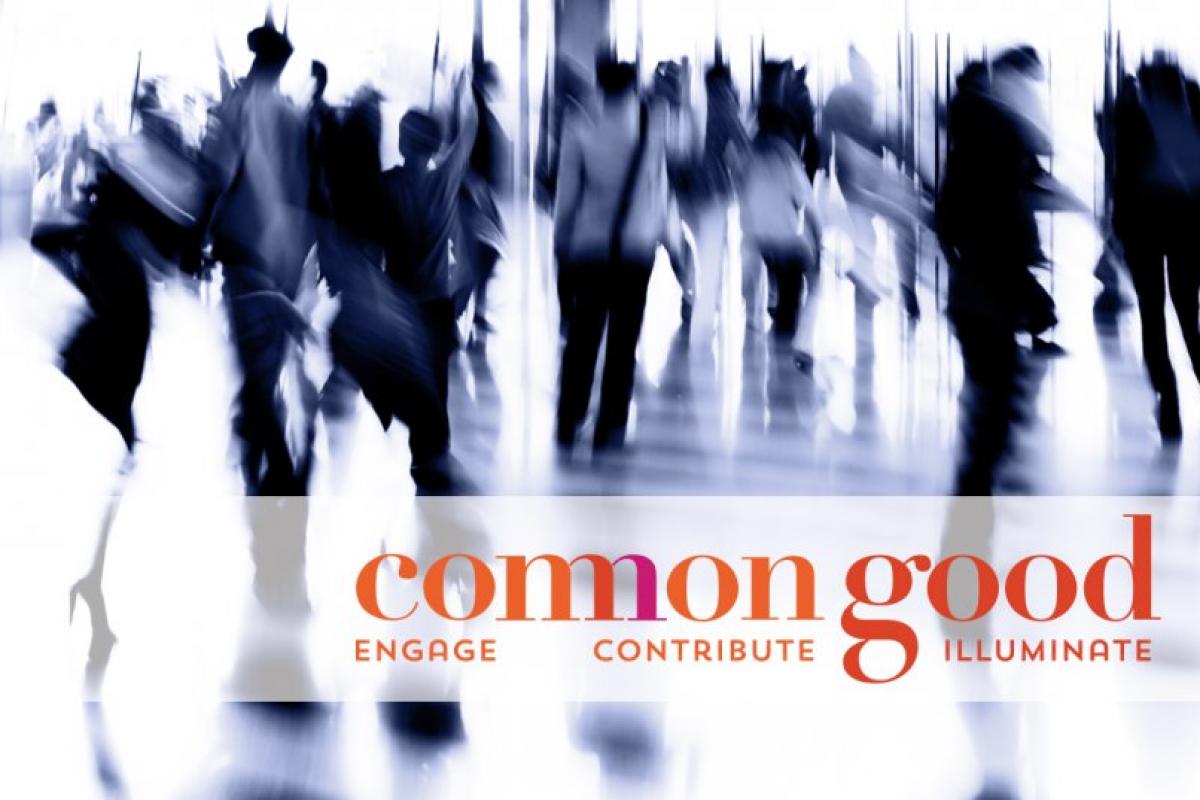 William D. Adams, Chairman of the National Endowment for the Humanities (NEH), today marked the official launch of a new NEH initiative focused on the humanities in public life with an address at the National Press Club in Washington, D.C.

Recalling the agency’s “twin purposes” of ensuring leadership in the realm of ideas and cultivating humanities in the public sphere, Chairman Adams introduced The Common Good: The Humanities in the Public Square, an agency-wide initiative of the National Endowment for the Humanities designed to demonstrate the critical role humanities scholarship can play in our public life.

“The notion of ‘the common good’ should be familiar to us,” said Adams. "It is central to democratic political theory and expresses both the right and the obligation of citizens to debate and determine the general welfare; it is the aspirational goal, the guiding ambition that anchors citizenship and participation in democratic politics.”

“NEH’s hope is to encourage humanities scholars and organizations to turn their attention toward public life,” he said. “More specifically, the initiative invites humanists to engage in illuminating the grand challenges that we now face as a nation.”

The launch of this new initiative is especially appropriate as NEH prepares to celebrate its 50thanniversary in 2015, Chairman Adams noted, given the directive expressed so eloquently in the Endowment’s founding legislation to attend to “the relevance of the humanities to the current conditions of national life.” Today, as our country grapples with both remarkable opportunities and extraordinary challenges, said Adams, the “conditions of our national life” suggest that this need is greater than ever.

Through NEH’s traditional grant-making programs and several special initiatives The Common Good will encourage humanities scholars to turn their attentions to topics that have widespread resonance with the American people and that lend themselves to the methods and concerns of the humanities.

“We’re all aware of recent criticisms that humanists have become too inwardly and professionally focused,” said Adams. “This initiative will provide encouragement and support to humanities scholars who wish to demonstrate the relevance of their professional interests and skills to American life."

The agency has already taken steps toward this goal with the creation of two new NEH grant programs. The first, the Public Scholar grant program, seeks to encourage the publication of nonfiction books that apply serious humanities scholarship to subjects of general interest and appeal. The agency also today launched Humanities Open Book, a new joint grant program with the Andrew W. Mellon Foundation that aims to “unlock” great out-of-print humanities books by republishing them as freely accessible e-books.

The Common Good initiative will also encompass the agency’s existing Standing Together initiative supporting projects and grants connecting the humanities to the experiences of war and veterans.

More information on The Common Good: The Humanities in the Public Square initiative is available at the NEH website at: www.neh.gov/commongood