Walter Isaacson to deliver 43rd Jefferson Lecture in the Humanities 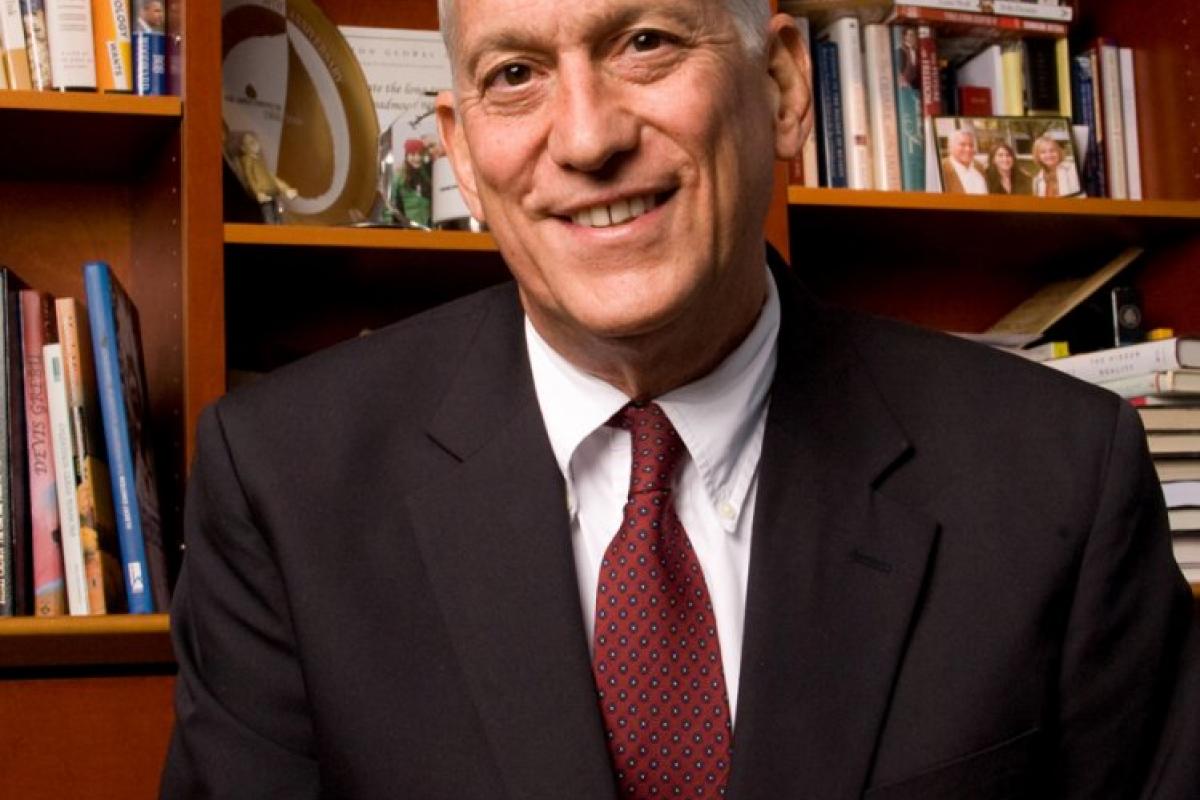 Walter Isaacson, best-selling author, acclaimed journalist, and president and CEO of the Aspen Institute, an educational and policy studies organization, will deliver the 2014 Jefferson Lecture in the Humanities. The annual lecture, sponsored by the National Endowment for the Humanities (NEH), is the most prestigious honor the federal government bestows for distinguished intellectual achievement in the humanities.

“Walter Isaacson’s masterful biographies of Steve Jobs, Albert Einstein, and Benjamin Franklin, among others, capture the connection between research and imagination,” said Carole Watson, deputy chairman of the National Endowment for the Humanities. “His ideas on these fundamental issues are among the enduring themes that have made the Jefferson Lecture an important Washington event for the last 42 years.”

Isaacson will present the 43rd Jefferson Lecture in the Humanities on Monday, May 12, 2014 at 7:30 PM at The John F. Kennedy Center for the Performing Arts, where he will discuss the "The Intersection of the Humanities and the Sciences." His lecture will touch on the careers of Leonardo da Vinci, Albert Einstein, Benjamin Franklin, Steve Jobs, Ada Lovelace, Walker Percy, and Edwin Land and others who fused humanistic thought with scientific discovery.

One of the preeminent biographers of our time, Isaacson is best known for his complex and comprehensive portraits of some of history’s most innovative and influential minds.  His 2011 biography Steve Jobs, based on more than 40 interviews with the Apple cofounder, delves into the obsessive perfectionism and drive that helped transform the personal computing, animated film, music, telecommunications, and digital publishing industries.  Isaacson’s best-selling Einstein: His Life and Universe (2007) is a riveting portrayal of the unconventional thinker who forever changed science with his theory of relativity while still a 26-year-old patent clerk. His 2003 biography Benjamin Franklin: An American Life presents a detailed account of the playful and pragmatic founding father whose extraordinary accomplishments have had such far-reaching effects on American life, from the structure of our democracy to the shape of our bifocals.

Isaacson is also the author of American Sketches: Great Leaders, Creative Thinkers, and Heroes of a Hurricane (2009), Kissinger: A Biography (1992), and co-author of The Wise Men: Six Friends and the World They Made (1986).  He is currently working on a book on the innovators who helped create the digital age.

Isaacson’s biographies represent among the best of the genre, “educating us while demonstrating the continued fascination of the seriously examined life, rendered by Isaacson with the objectivity of a true historian and the flair of a born storyteller,” wrote Madeleine Albright, former U.S. Secretary of State, when Isaacson was named by TIME magazine among “The World’s 100 Most Influential People” in 2012. “Both as an author and as president of the intellectually fertile Aspen Institute, Isaacson is a purveyor of knowledge, a supplier to addicts who seek a deeper understanding of all manner of things.”

Walter Isaacson was born in New Orleans in 1952. He earned a B.A. in history and literature from Harvard College in 1974, and continued his studies in Philosophy, Politics, and Economics at Pembroke College of Oxford University as a Rhodes Scholar.

Isaacson began his career in journalism at The Sunday Times of London and then the New Orleans Times-Picayune/States-Item. He joined TIME magazine in 1978 and served as a political correspondent, national editor, and editor of new media before becoming the magazine’s 14th editor in 1996. He became chairman and CEO of CNN in 2001. In 2003 Isaacson was named president and CEO of the Aspen Institute, a nonpartisan educational and policy studies institute in Washington, DC.

He is the chairman emeritus of the board of Teach for America, which recruits recent college graduates to teach in underserved communities. He was appointed by President Barack Obama and confirmed by the Senate to serve as the chairman of the Broadcasting Board of Governors, which oversees Voice of America, Radio Free Europe, and other international broadcasts of the United States, a position he held until 2012. He is vice-chair of Partners for a New Beginning, a private-public group tasked with forging ties between the United States and the Muslim world. He is on the board of United Airlines, Tulane University, and the Overseers of Harvard University. From 2005-2007, after Hurricane Katrina, he was the vice-chair of the Louisiana Recovery Authority.

Isaacson is a fellow of the Royal Society of Arts and was awarded its 2013 Benjamin Franklin Medal, and a member of the American Philosophical Society. He lives with his wife and daughter in Washington, DC.

Tickets to the lecture are free of charge and distributed on a first-come, first-served basis. Ticket requests may be submitted through an online form on the NEH website (www.neh.gov) which will be made available beginning April 22. The May 12th Jefferson Lecture will also be live-streamed online. Check www.neh.gov for further details.