NEH announces the winners of the 2013 Digging Into Data Challenge 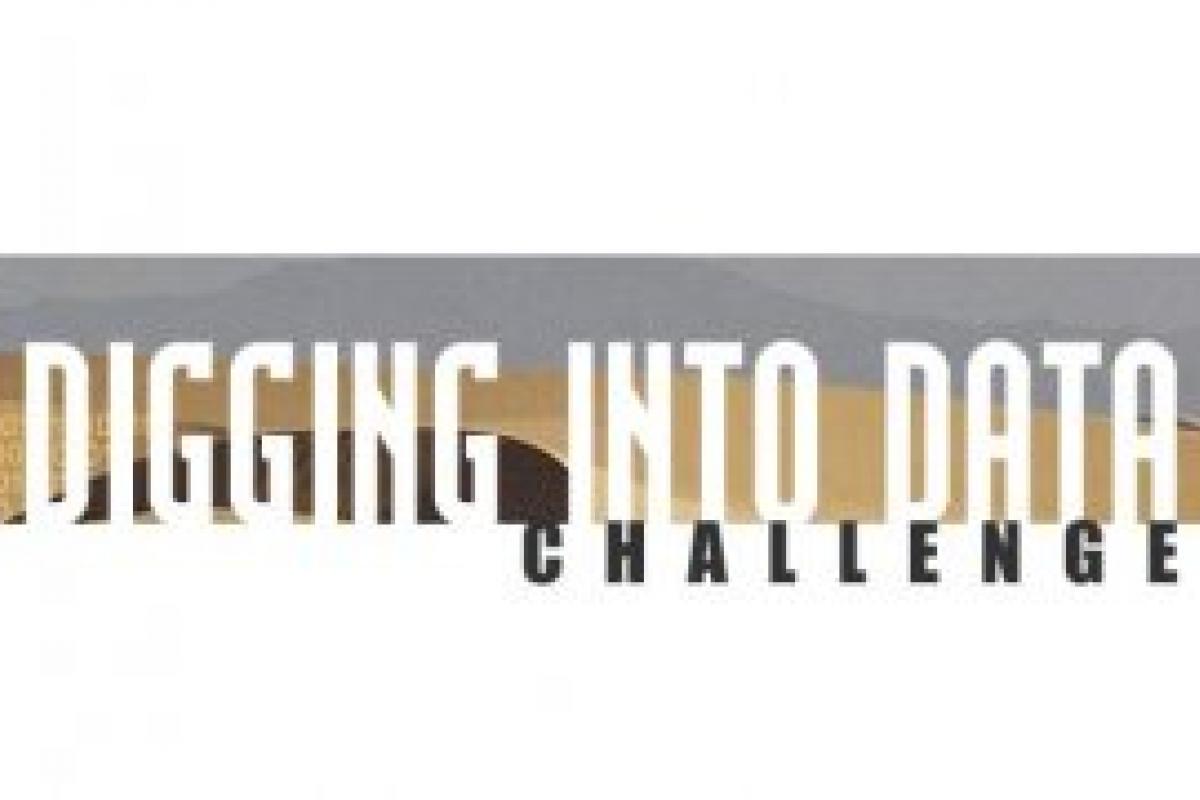 Fourteen teams representing Canada, the Netherlands, the United Kingdom, and the Unites States were named the winners of the third Digging into Data Challenge, a competition to develop new insights, tools and skills in innovative humanities and social science research using large-scale data analysis. Each team represents collaborations among scholars, scientists, and information professionals from leading universities and libraries in Europe and North America.

Designed to challenge the research community to help create the new research infrastructure for the 21st century, the Digging into Data Challenge encourages the development and application of new techniques for searching, analyzing, and understanding large bodies of material. The first round of the Digging into Data Challenge was held in 2009 and the second in 2011. This year, ten sponsoring funders will support projects that apply digital techniques and analysis to a wide variety of subjects, including a comparison of legal codes from around the world, an examination of the links between migration and regional linguistic variation, and the application of image processing techniques to archeological research.

Of the approximately $5.1 million U.S. dollars provided by these ten agencies, the National Endowment for the Humanities’ contribution of $549,484 supports American researchers from four of the fourteen teams.

A complete list of all fourteen 2013 Digging Into Data Challenge projects is available here.

Additional information about the competition can be found at www.diggingintodata.org

The Arts & Humanities Research Council (AHRC): Each year the AHRC provides approximately £112 million from the Government to support research and postgraduate study in the arts and humanities, from languages and law, archaeology and English literature to design and creative and performing arts. In any one year, the AHRC makes approximately 700 research awards and around 1,300 postgraduate awards. Awards are made after a rigorous peer review process, to ensure that only applications of the highest quality are funded. The quality and range of research supported by this investment of public funds not only provides social and cultural benefits but also contributes to the economic success of the UK.

The Canada Foundation for Innovation (CFI): Created by the Government of Canada in 1997, the Canada Foundation for Innovation (CFI) strives to build our nation’s capacity to undertake world-class research and technology development to benefit Canadians. Thanks to CFI investment in state-of-the-art facilities and equipment, universities, colleges, research hospitals and non-profit research institutions are attracting and retaining the world’s top talent, training the next generation of researchers, supporting private-sector innovation and creating high-quality jobs that strengthen Canada’s position in today’s knowledge economy.

The Economic and Social Research Council (ESRC) is the UK's largest organisation for funding research on economic and social issues. It supports independent, high quality research which has an impact on business, the public sector and the third sector. The ESRC’s total budget for 2011/12 is £203 million. At any one time the ESRC supports over 4,000 researchers and postgraduate students in academic institutions and independent research institutes. More at www.esrc.ac.uk

The Institute of Museum and Library Services (IMLS) is the primary source of federal support for the nation’s 123,000 libraries and 17,500 museums. Our mission is to inspire libraries and museums to advance innovation, lifelong learning, and cultural and civic engagement. Our grant making, policy development, and research help libraries and museums deliver valuable services that make it possible for communities and individuals to thrive. To learn more, visit www.imls.gov and follow us onFacebook and Twitter.

Jisc offers digital services for UK education and research. The charity does this to achieve its vision for the UK to be the most digitally advanced education and research nation in the world. Working together across the higher education, further education and skills sectors, Jisc provides trusted advice and support, reduces sector costs across shared network, digital content, IT services and procurement negotiations, ensuring the sector stays ahead of the game with research and development for the future. Find out more at www.jisc.ac.uk or contact the press team on press@jisc.ac.uk.

The National Endowment for the Humanities (NEH). Created in 1965 as an independent federal agency, the NEH supports learning in history, literature, philosophy, and other areas of the humanities. NEH grants enrich classroom learning, create and preserve knowledge, and bring ideas to life through public television, radio, new technologies, museum exhibitions, and programs in libraries and other community places. Additional information about the National Endowment for the Humanities and its grant programs is available on the Internet at www.neh.gov.

The National Science Foundation (NSF) is an independent federal agency that supports fundamental research and education across all fields of science and engineering. In fiscal year (FY) 2009, its budget is $9.5 billion, which includes $3.0 billion provided through the American Recovery and Reinvestment Act. NSF funds reach all 50 states through grants to over 1,900 universities and institutions. Each year, NSF receives about 44,400 competitive requests for funding, and makes over 11,500 new funding awards. NSF also awards over $400 million in professional and service contracts yearly. More information about NSF is available on the Internet at www.nsf.gov/.

The Netherlands Organisation for Scientific Research (NWO) funds thousands of top researchers at universities and institutes and steers the course of Dutch science by means of subsidies and research programmes.

The Natural Sciences and Engineering Research Council (NSERC). NSERC aims to make Canada a country of discoverers and innovators for the benefit of all Canadians. The agency supports university students in their advanced studies, promotes and supports discovery research, and fosters innovation by encouraging Canadian companies to participate and invest in postsecondary research projects. NSERC researchers are on the vanguard of science, building on Canada’s long tradition of scientific excellence.

The Social Sciences and Humanities Research Council (SSHRC) is the Canadian federal agency that promotes and supports postsecondary-based research and training in the humanities and social sciences. Through its programs, SSHRC works to develop talented leaders for all sectors of society, helps generate insights about people, ideas and behaviour and builds connections within and beyond academia that will build a better future for Canada and the world and help build understanding and knowledge to better equip Canadians make informed decisions about their future and long-term prosperity. For more information, visit www.sshrc-crsh.gc.ca/.