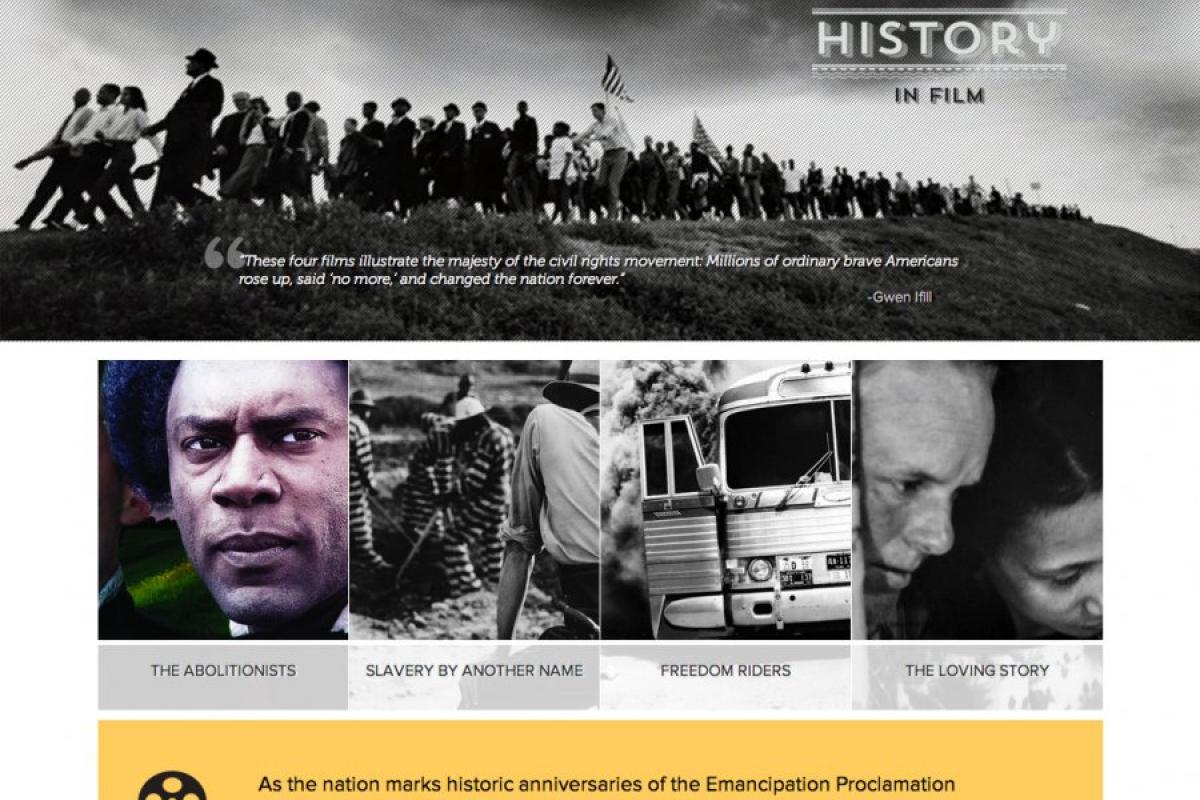 Created Equal: America’s Civil Rights Struggle, a special initiative of the National Endowment for the Humanities (NEH), was launched today to provide free access to documentary films highlighting some of the most dramatic events in recent American history.

As America marks the anniversaries of the Emancipation Proclamation and the March on Washington in 2013, NEH is introducing a website making four outstanding NEH-supported documentaries about the civil rights movement available for use in communities and schools across the nation.

Libraries, churches and other groups in hundreds of cities and towns have received film sets of The Abolitionists, Slavery by Another Name, The Loving Story, and Freedom Riders. Together these nationally-acclaimed documentaries trace the story of the civil rights movement from its early period in the 1820s to the U.S. Supreme Court decision in 1967 overturning laws barring interracial marriage. The website provides not only selected film clips suitable for use in schools and other venues, but also extensive resources for community film screenings and public discussions reflecting on the civil rights movement in American history.

“The story of America is the ongoing struggle to realize our country’s democratic ideals,” said Acting NEH Chairman Carole Watson. “From the beginning of our history, African Americans have been at the core of this evolving story about the changing meaning of freedom.  The Created Equal series, through the immediacy of film, makes this aspect of our history accessible to everyone.”

Footage available on createdequal.neh.gov features scenes of some of the most dramatic moments in civil rights, such as the firebombing of a bus carrying Freedom Riders outside a convenience store in Anniston, Georgia.

With funding from NEH, more than 400 communities across the nation will host public discussion programs with the Created Equal film sets over the next three years. The host institutions include public libraries, museums, NAACP chapters, African American heritage sites, and cultural centers. Individual venues have planned film screenings, book discussions, theatrical productions, interviews with former activists and intergenerational dialogues, exploring topics that range from the history of fair housing to women in the abolitionist movement.

An extensive section offers teachers opportunities to use the site to meet College and Career-Ready Standards. The site provides a collection of background essays by distinguished civil rights scholars, lesson plans and annotated documents — including speeches, images and letters— to stimulate and guide classroom discussions. The resources are made available from the archives of the Gilder Lehrman Institute and EDSITEment, NEH’s award-winning K-12 educational website.

The new Created Equal site meets new curricular standards by offering young people background texts and materials to argue and defend assertions based on evidence gained from complex, informational texts. The site and its resources can be accessed by students with special needs, and is accessible on an array of mobile devices.

Created Equal is part of the Bridging Cultures initiative of the National Endowment for the Humanities, produced in partnership with the Gilder Lehrman Institute of American History.