Women Correspondents' First Battle of WWII Was to Cover It 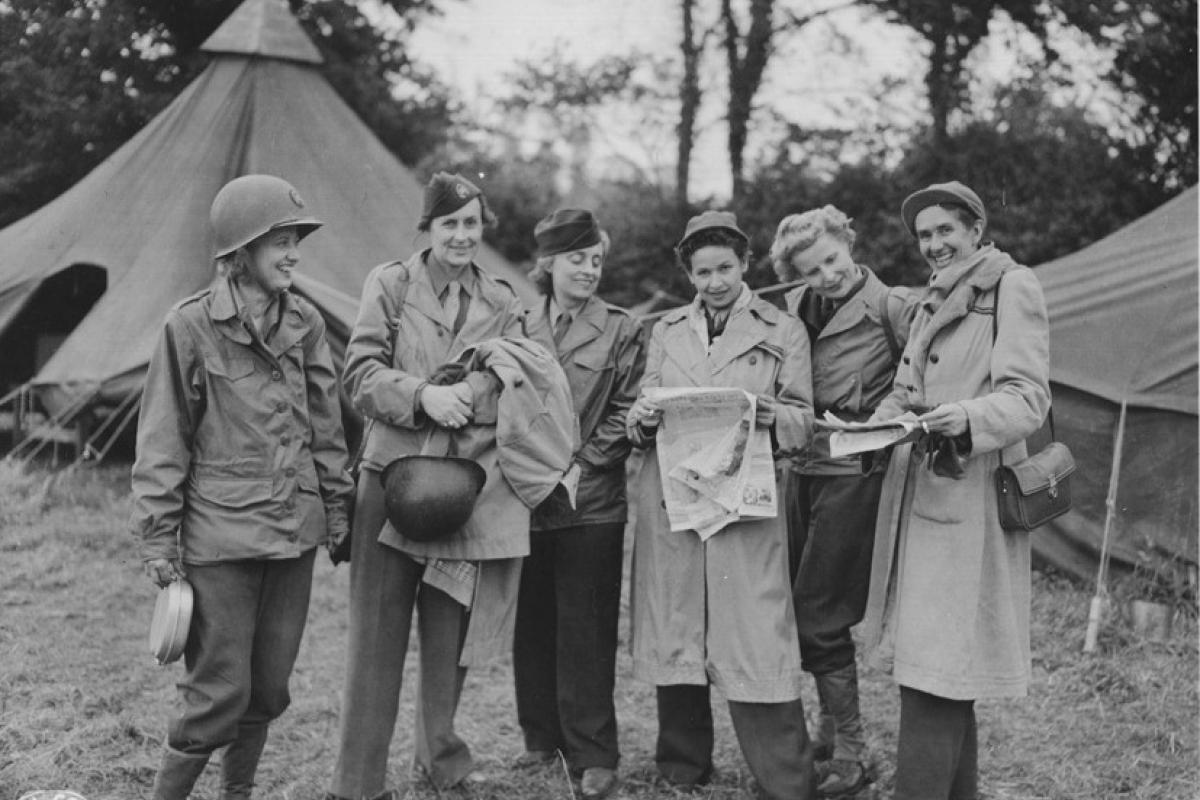 No Job for a Woman: The Women Who Fought to Report WWII.

A public screening of the National Endowment for the Humanities (NEH)-funded film No Job for a Woman: The Women Who Fought to Report World War II, followed by a panel discussion moderated by CNN special correspondent Soledad O’Brien, will be held from 6 to 8 p.m. on Thursday, March 28 at the NYU Washington satellite campus, 1307 L Street N.W. in Washington, D.C.

The NEH-sponsored event will feature opening remarks by Samantha Power, former Special Assistant to the President and former Senior Director for Multilateral Affairs and Human Rights at the National Security Council.

Members of the panel include:

* Missy Ryan, a White House Fellow who has worked as a foreign correspondent  in Baghdad, Peru, Argentina, Afghanistan, Pakistan, Egypt, Sudan, Yemen, Lebanon and Libya.  She has covered foreign policy and military affairs for Thomson Reuters.

*Michele Midori Fillion was the executive producer, director/producer and writer of No Job for A Woman, a 64-minute NEH-funded documentary that focuses on the lives and work of three women who plunged into the thick of World War II and often produced a new kind of war story.  These correspondents, wire service reporter Ruth Cowan, magazine reporter Martha Gellhorn, and war photographer Dickey Chapelle, produced stories and images that moved beyond the typical accounts of military maneuvers and generals at considerable risk and personal cost.

Gellhorn, for example, was the only woman to witness the Allied D-Day landings in 1944 on the Normandy coast.  She made her way to a hospital ship to interview nurses, stowed away in a bathroom, went ashore and helped carry stretchers as the desperate fighting to claim the beach progressed.  After writing a dispatch, she was arrested and stripped of her war correspondent’s credentials.

The event is free and open to the public. Register for the event on NYU’s web page. Viewers can watch the panel discussion and send in questions via USTREAM. The film can also be viewed online at Http://www.worldcompass.org/.