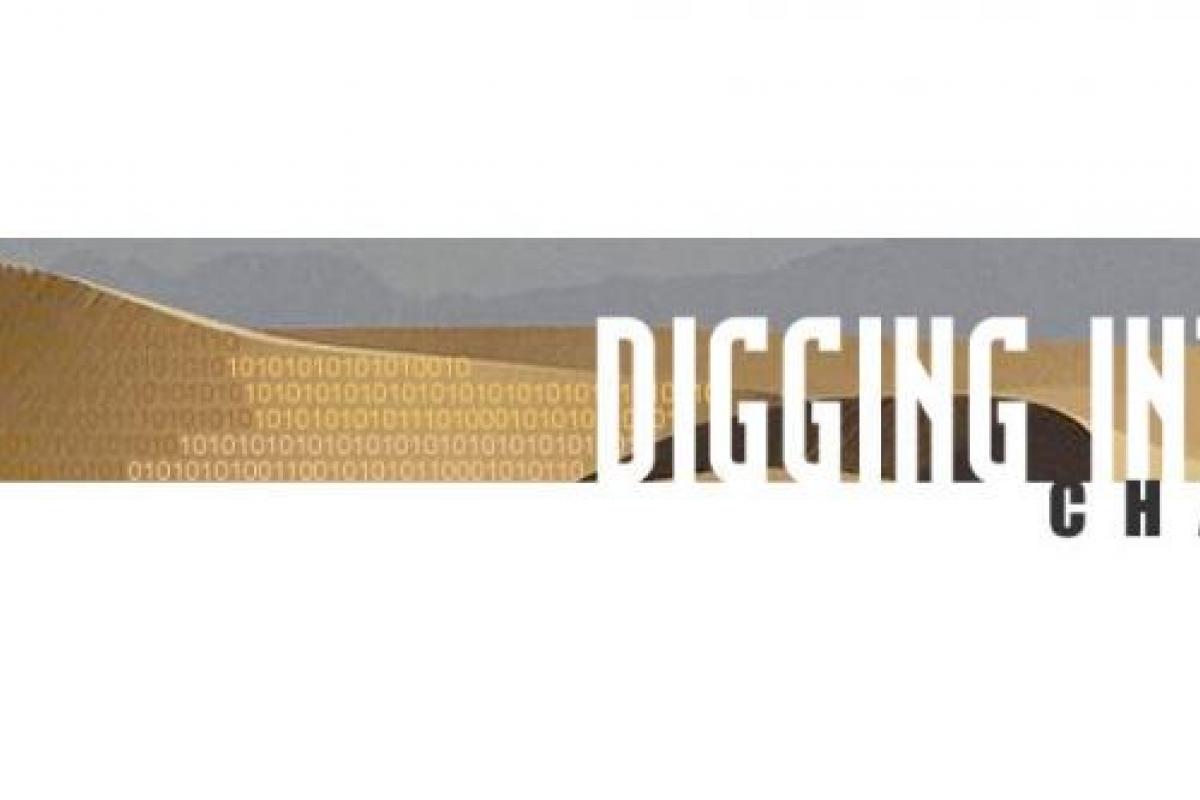 What does “big data” mean for researchers in the humanities and social sciences? Today, the National Endowment for the Humanities (NEH) and nine international research funders are jointly announcing their participation in round three of the Digging into Data Challenge, a grant competition designed to spur computationally intensive research in the humanities and social sciences.

During the first two rounds of the Challenge, held in 2009 and 2011, nearly 150 teams, representing universities from across Canada, the Netherlands, the US, and the UK, competed to demonstrate how innovative, computationally intensive research methods could be used to address questions in the humanities and social sciences. Twenty-two of those teams were awarded grants during those earlier rounds, each of them demonstrating new methods for analyzing vast digital resources used for humanities and social science research, like digital books, survey data, economic data, newspapers, music, and other scholarly, scientific, and cultural heritage resources that are now being digitized on a huge scale.

The first two rounds of the Digging into Data Challenge sparked enormous interest from the international research community and the media. In 2012, a major report was issued by the Council on Library and Information Resources, noting that “the Digging into Data Challenge investigators have demarcated a new era—one with the promise of revelatory explorations of our cultural heritage that will lead us to new insights and knowledge, and to a more nuanced and expansive understanding of the human condition.”

Due to the overwhelming popularity of the earlier rounds, the Digging into Data Challenge is pleased to announce that two additional funders have joined for round three, enabling this competition to have a world-wide reach into many different scholarly and scientific domains.  The sponsoring funding bodies include the Arts & Humanities Research Council (United Kingdom), the Economic & Social Research Council (United Kingdom), the Canada Fund for Innovation (Canada), the Institute of Museum and Library Services (United States), the National Endowment for the Humanities (United States), the Natural Sciences and Engineering Research Council (Canada), the National Science Foundation (United States), the Netherlands Organisation for Scientific Research in collaboration with The Netherlands eScience Center (NLeSC) (Netherlands), and the Social Sciences and Humanities Research Council (Canada). Jisc (United Kingdom) will be taking a supportive role by facilitating the progression of the project.

Final applications will be due May 15, 2013.  Further information about the competition and the application process can be found at www.diggingintodata.org.