Three New Members Appointed to the National Council on the Humanities 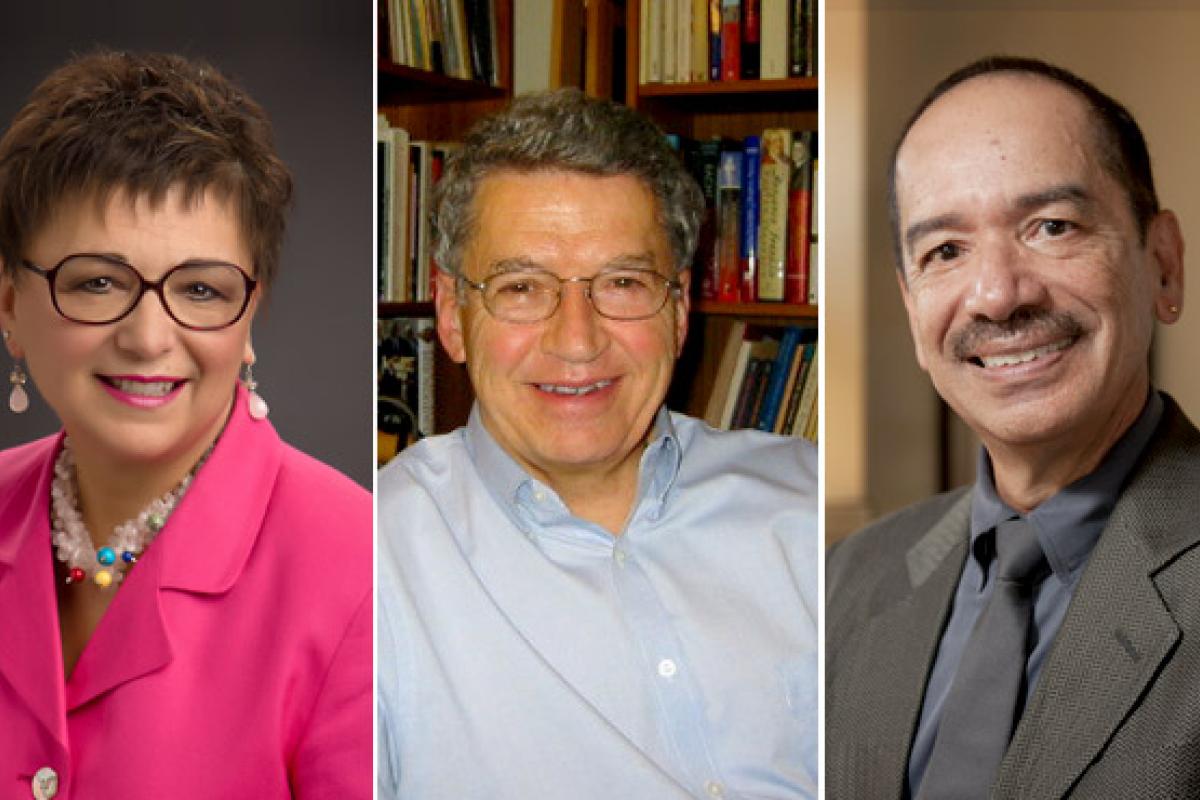 The National Endowment for the Humanities announced today that three prominent humanities scholars and advocates, Camila A. Alire, Ramón Saldívar and Bruce R. Sievershave been appointed to the National Council on the Humanities.

The Council is the NEH’s 26-member advisory body.   The three new Council appointees were nominated by President Barack Obama in May and June 2012.

“It is a pleasure to welcome these three distinguished scholars to the National Council,” said NEH Chairman Jim Leach. “They bring with them valuable experience and specialized knowledge of the fields of library science, literature, and philanthropy.”

Biographical information about the new members:

Ramón Saldívar is the Hoagland Family Professor in the School of Humanities and Sciences and the Bass University Fellow in Undergraduate Education at Stanford University. Dr. Saldívar’s research focuses on Chicano and Chicana studies, literary theory, and post-colonial literature. His publications include Figural Language in the Novel: The Flowers of Speech from Cervantes to Joyce, Chicano Narrative: The Dialectics of Difference and The Borderlands of Culture: Américo Paredes and the Transnational Imaginary. He served on the Editorial Board of American Literature and Modern Fiction Studies from 2003 to 2007, on the Board of Governors of the University of California Humanities Research Institute from 1994 to 1997, and on the National Council of the American Studies Association from 1993 to 1995. Dr. Saldívar received the 2011 National Humanities Medal. He earned his B.A. from the University of Texas, Austin, and his Ph.D. from Yale University.

Bruce R. Sievers is a visiting scholar and lecturer at the Haas Center for Public Service and the Center on Philanthropy and Civil Society, which he helped found in 2006, at Stanford University. Previously, he served as the Executive Director of the Walter and Elise Haas Fund from 1983 to 2002. He was the founding Chief Executive Officer of both California Council for the Humanities, now known as Cal Humanities, from 1974 to 1983, and Montana Committee for the Humanities, now known as Humanities Montana, from 1972 to 1974. In addition, Mr. Sievers is a Consulting Director of the Skirball Foundation and a Senior Fellow Emeritus with Rockefeller Philanthropy Advisors. He is a past Treasurer of the Fulbright Association. He has written widely on topics of civil society and philanthropy, and in 2010, published his book Civil Society, Philanthropy and the Fate of the Commons. Mr. Sievers was a Fulbright Scholar and received a B.A. in International Relations, and an M.A. and Ph.D. in Political Science from Stanford University.