A Nobel Prize-winning economist, a Pulitzer Prize-winning poet, a “scholar of the book,” and a national history program among this year’s recipients 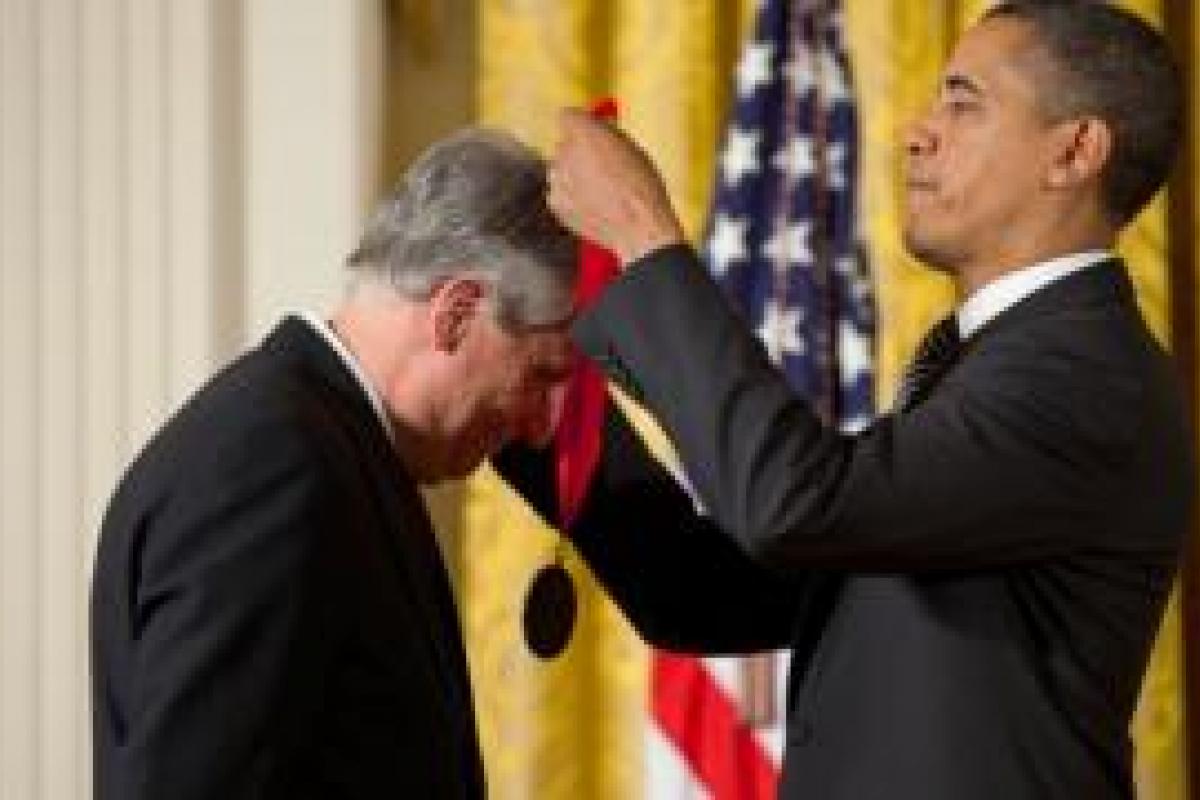 Harvard historian and librarian Robert Darnton receives a National Humanities Medal for contributions to the humanities.

[Watch the White House video of the 2011 National Humanities Medals event on February 13.]

The medals, first awarded as the Charles Frankel Prize in 1989, were presented during a ceremony in the East Room of the White House. After the ceremony, the medalists and their families and friends joined the President and First Lady Michelle Obama for a reception in their honor.