Robert Hirst on the Making of Mark Twain's Autobiography 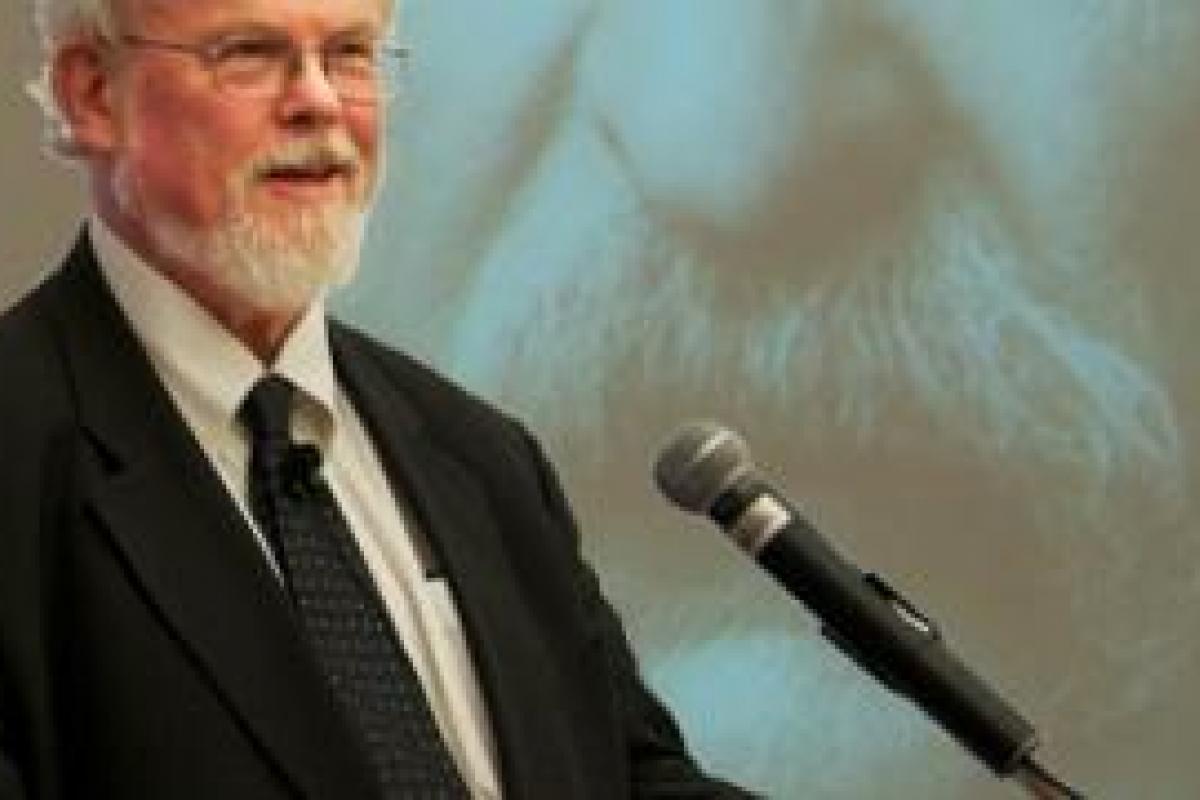 When courting Olivia Langdon, his bride-to-be, Samuel Langhorne Clemens — better known to us by his pen name Mark Twain — would sometimes insert into his letters tiny mysteries for her to tease out. To wit, a 1868 missive in which Twain curlicued over a description of himself as a “lovesick idiot” followed by a similarly defaced comment, “I could not be so reckless as to write the above if you had any curiosity in your composition. [Oh!]”

Beyond his provocative remark, we know that Twain intended for Olivia to discover the hidden text, because the scribbles that cover it differ from Twain’s usual style of cancellation, explained Robert H. Hirst, General Editor of the Mark Twain Papers & Project at the University of California, Berkeley who delivered a public talk titled “Editing a Humorist is No Laughing Matter” at the headquarters of the National Endowment for the Humanities in Washington, D.C. on February 16.

When Twain wanted to keep a correction hidden, Hirst told the audience, he was methodical about it, overlaying crossed-out words with extraneous letters to throw off prying eyes. (This more effective method he demonstrated in a later letter to Olivia, in which he crossed out an allusion to some on-the-road carousing, and taunted her with the cancellation’s impenetrability.)

Hirst has come to this intimate knowledge of Twain’s stylistic quirks through more than 40 years of poring over his papers — from personal correspondence and the uncharitable comments the author wrote on the backs of envelopes from obsequious fans, to the thousands of pages of books and essay manuscripts, some previously unpublished — amassed in the Twain archives of Berkeley’s Bancroft Library.

Hirst began studying Twain’s papers as a graduate student in 1967, the same year the National Endowment for the Humanities gave its first grant to the Mark Twain Papers & Project to produce scholarly editions of Twain’s papers. Since then, with NEH support, the project has published more than twenty volumes of Twain’s letters, essays, and novels. But for the past five years, Hirst and his team of editors have applied their expertise to cracking the mystery of Twain’s last and largest work: his autobiography.

When Twain died in 1910, he left behind 5,000 typewritten pages of memoirs, with instructions that they not be published until those mentioned in it were long gone, to avoid causing offense to them or their children. His intentions for how it should be published, however, were less clear.

The manuscripts included several false starts, and multiple typed versions of nearly identical text but with vastly conflicting page numbers, and an assortment of handwritten revisions. Much of his autobiography had been dictated to stenographers, and Twain had begun experimenting with a new, more fragmented and discursive style of storytelling that he described as: “start at no particular time of your life; wander at your free will all over your life; talk only about the thing which interests you for the moment; drop it the moment its interest threatens to pale, and turn your talk upon the new and more interesting thing that has intruded into your mind meantime.”

Previous editors who had examined this welter of documents had assumed Twain’s autobiography was unfinished. They compounded the confusion by altering Twain’s text, taking it upon themselves to censor and rewrite portions of his memoirs and reorder them into a conventional cradle-to-grave chronology.

When Hirst and his team set to the task of editing Twain’s memoirs, they had to contend with the evidence of that prior meddling, sorting through a century’s worth of annotations in multiple hands for clues to Twain’s original structure. It was only through their familiarity with the typewriters and typing styles of the stenographers who worked on the manuscripts, careful investigation of the kind of paper used in the variously paginated copies of the autobiography, and painstaking scrutiny of the handwritten additions to the copies, that the team was able to finally discern Twain’s intent. The breakthrough came three years ago when the group was able to reconstruct from handwritten notes 44 introductory pages that had appeared to be missing from the manuscript. “Once we had that solved,” said Hirst, “we realized that Mark Twain had actually finished this text and that he knew exactly what he wanted in it, and exactly how he wanted it to appear.”

Five years of sleuthing culminated in the publication of the first complete and authoritative edition of Twain’s autobiography, published, according to Twain’s wishes, 100 years after his death. Published in November 2010 by the University of California Press, Volume One of the Autobiography of Mark Twain is now a national best-seller. More than half-a-million copies have been printed, and the edition has received both critical acclaim and scholarly awards. Volumes two and three of the Autobiography are forthcoming.

Hirst gave a similar talk that evening at the Capitol at an event sponsored by Senator Claire McCaskill of Missouri, the state in which Twain was born. The event sparked a friendly disagreement between Senator McCaskill and Senate Majority Leader Harry Reid of Nevada. In light of Twain’s Missouri home and the prominence of the state in his great novel, Adventures of Huckleberry Finn (“They speak Pike County,” said McCaskill), Senator McCaskill said she was “proud to call [Twain] Missourian.” Senator Reid, however, countered that Samuel Clemens coined his penname Mark Twain while working as a writer for the Virginia City Territorial Enterprise in the Nevada Territory, and therefore claimed the author for Nevada.