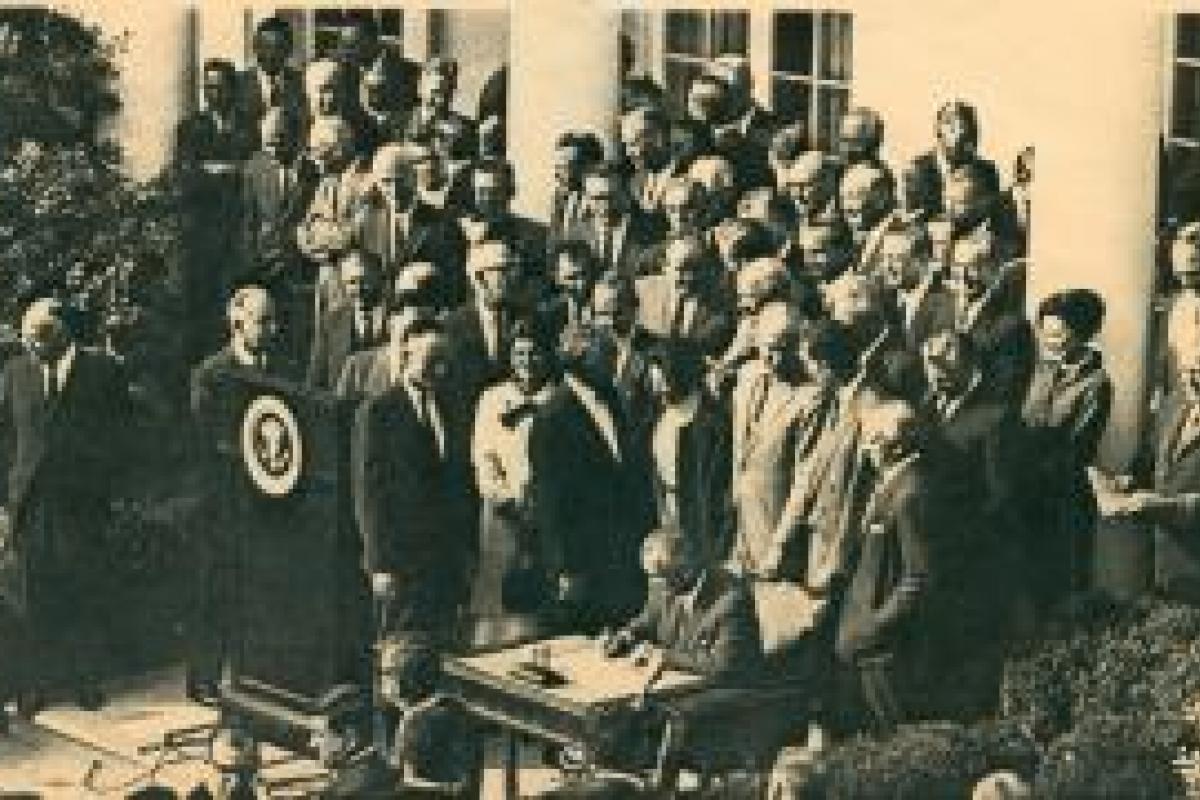 Forty-five years ago on Wednesday, September 29, 1965—President Johnson signed the National Foundation on the Arts and the Humanities Act of 1965, which created the National Endowment for the Humanities and the National Endowment for the Arts. The signing, which took place at a special White House Rose Garden ceremony, was attended by more than 250 scholars, artists, educators, political leaders, and other luminaries. (One invited guest, playwright Arthur Miller, did not attend the event, having publicly rejected the invitation in protest of the administration's Vietnam War policies.) In his remarks, the President observed that "We in America have not always been kind to the artists and the scholars who are the creators and the keepers of our vision. Somehow, the scientists always seem to get the penthouse, while the arts and the humanities get the basement."

In recognition of the occasion, a gala reception was held that evening at the Smithsonian's Museum of History and Technology (now the National Museum of American History, co-hosted by Vice President Humphrey, National Council on the Arts President Roger Stevens, and Assistant Secretary of State for Cultural Affairs Charles Frankel. In his remarks to the assembled guests, Vice President Humphrey exclaimed, somewhat exuberantly perhaps, that the new arts and humanities act represented "the true meaning of the Great Society" and that it was "a great historical moment" for the federal government that ranked in significance with such milestones as the Northwest Ordinance, the Land Grant College Act, and the Marshall Plan.