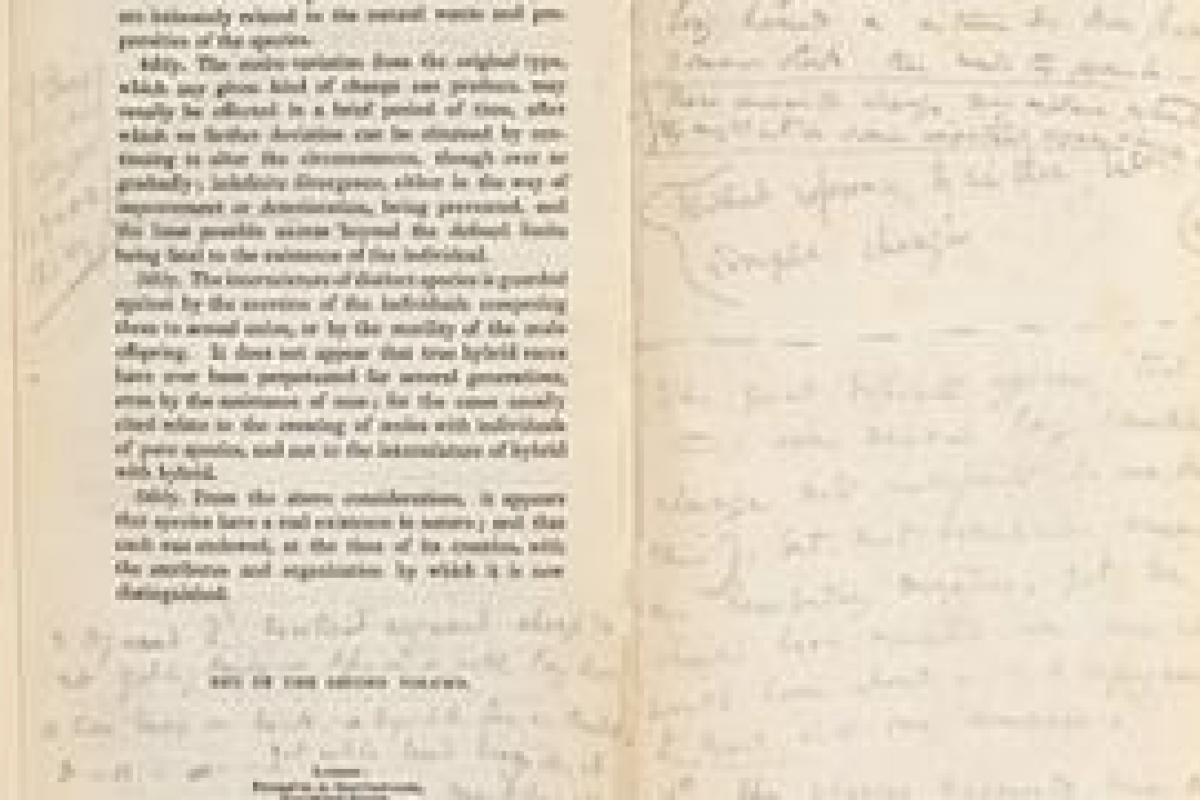 Photography reproduced with permission of the Syndics of Cambridge University Library.

The hand-written annotations Charles Darwin made on 700 of the books in his personal library were painstakingly transcribed in the 1980s. Now, thanks to high-resolution digital imagery and an international partnership between the Darwin Digital Library of Evolution at the American Museum of Natural History in New York, the University of Cambridge (U.K.), the Natural History Museum in London, and the Biodiversity Heritage Library (a collective of ten major natural history museum libraries, botanical libraries, and research institutions in the U.S. and U.K.), Darwin’s marginalia will be digitally married to the texts they describe, allowing students to learn his thoughts on a wide range of topics.

The project is supported by the JISC/NEH Transatlantic Digitization Collaboration grant program offered by the National Endowment for the Humanities (NEH) and the Joint Information Systems Committee (JISC), a joint committee of the U.K. further and higher education funding bodies. The grant program funds collaborative projects undertaken by scholars from the U.S. and U.K. who are working to develop new digitization projects and pilot projects, add important materials to existing digitization projects, or develop infrastructure (either technical “middleware,” tools, or knowledge-sharing).

Last year, U.K. Prime Minister Gordon Brown said that British and American universities should cooperate “at a far higher level” than they currently do.

“The first phase of JISC/NEH projects is generating substantial benefits for research communities on both sides of the Atlantic, not just in terms of the resources created but also in the skills shared between the communities,” said JISC program manager Alastair Dunning. “The second phase will build on this, giving further evidence of the advantages to be gained through international collaboration.”

Additionally, other grants recently awarded through the JISC/NEH program will allow researchers to have access to archaeology collections previously separated by the Atlantic and a shared online reading room for Islamic manuscripts.