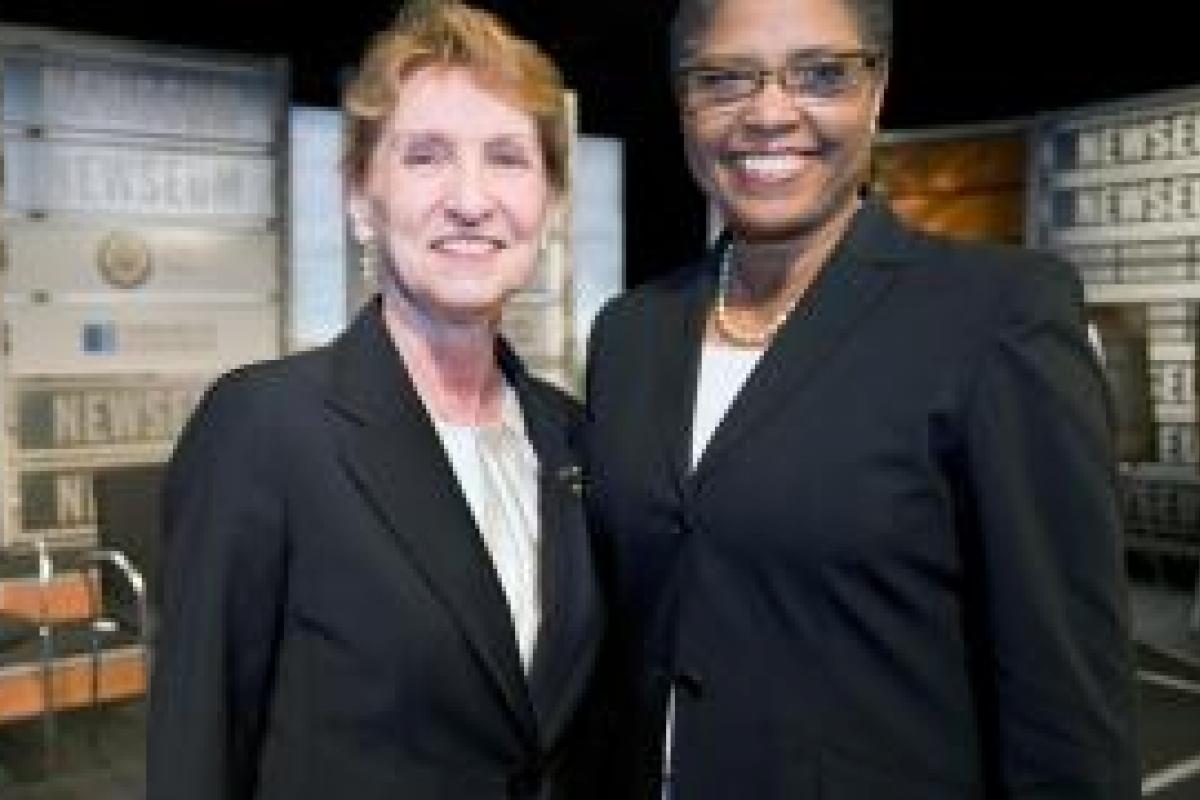 Today the National Endowment for the Humanities (NEH) and the Library of Congress (LC) marked a major milestone in their partnership to digitize historic U.S. newspapers and make them widely available to the public on the Internet. During an event held at the Newseum, Deanna Marcum, Associate Librarian for Library Services at the Library of Congress, announced that the Chronicling America Web site—a free, national, searchable database of historic American newspaper pages published between 1880 and 1922—recently posted its 1 millionth page.

Launched by the NEH and the Library of Congress in March 2007, Chronicling America is a part of the National Digital Newspaper Program (NDNP), a partnership between the NEH and the Library of Congress to provide enhanced access to historically significant United States newspapers. NEH Acting Chairman Carole M. Watson announced grant awards to seven new NDNP state projects during the event, as well. New state partners in Illinois, Kansas, Louisiana, Montana, Oklahoma, Oregon, and South Carolina will select historically important newspapers published in their respective states and oversee the digitization of those newspapers for posting to the Chronicling America Web site.

“Newspapers not only chronicle the daily life of our citizens in thousands of towns and cities, but also document the civic, legal, historical, and cultural events in every state and region. These stories, taken together, help to illuminate the history of our nation,” said Carole M. Watson, NEH Acting Chairman. “Chronicling America is a free, national, digital resource that builds on more than twenty years of collaboration between the NEH and LC to preserve and make accessible the content of millions of pages of historically important American newspapers, first by microfilming and now by digitization.”

“We are pleased to continue our work with the NEH and our state partners in applying 21st-century digital technology to the challenge of making this rich historical resource freely available today and for the future,” said Deanna Marcum, Associate Librarian for Library Services at the Library of Congress.

Currently, Chronicling America contains historic newspaper content from eleven states and the District of Columbia; pages from historic DC newspapers are from the Library of Congress’ own collection of District of Columbia newspapers. This online resource will eventually contain 20 million pages of historic American newspapers from 1836 to 1922, and in addition to the digitized pages, Chronicling America offers educational essays on every title represented and a directory of all newspapers published in the United States from 1690 to the present.

In celebration of the milestone, Marcum announced that the Library has uploaded to its popular Flickr site 52 images from weekly 1909 editions of the New-York Tribune’s illustrated Sunday supplement. The richly illustrated supplements were printed at a time when the use of the halftone technique was still relatively novel in newspapers. The site includes links to high-resolution images at persistent URLs on Chronicling America. Additional images will be added in coming weeks. More information and a link to the new Flickr set is found at the Library of Congress Blog.

For the Newseum event, the University of Kentucky produced a brief film which provided an overview of the digitization process. Following the video presentation, Dr. Henry Snyder, Director of the Center for Bibliographical Studies and Research and project director for the California Digital Newspaper Project, University of California at Riverside, discussed the importance of historical newspapers and their ability to document the day-by-day history of our nation. “Newspapers are the most important printed record of the history of our country at the local, state and national level. Now in a single search, users can dive into a million pages on the Chronicling America webpage and surface at the pages that contain the history of our past in real time,” said Dr. Snyder.

NDNP is a part of the Endowment’s We the People program, which is an NEH program designed to encourage and enhance the teaching, study, and understanding of American history, culture, and democratic principles.

The Library of Congress, the nation’s oldest federal cultural institution, is the world’s preeminent reservoir of knowledge. Founded in 1800, the Library seeks to further human understanding and wisdom by providing access to its magnificent collections. The Library serves the public, scholars, Members of Congress, and their staff—all of whom seek information, understanding and inspiration. Many of the Library’s rich resources and treasures may also be accessed through the Library’s award-winning Web site, www.loc.gov and via interactive exhibitions at myLOC.gov.