Leon R. Kass Explores Search for Answers to Great Questions in the Humanities 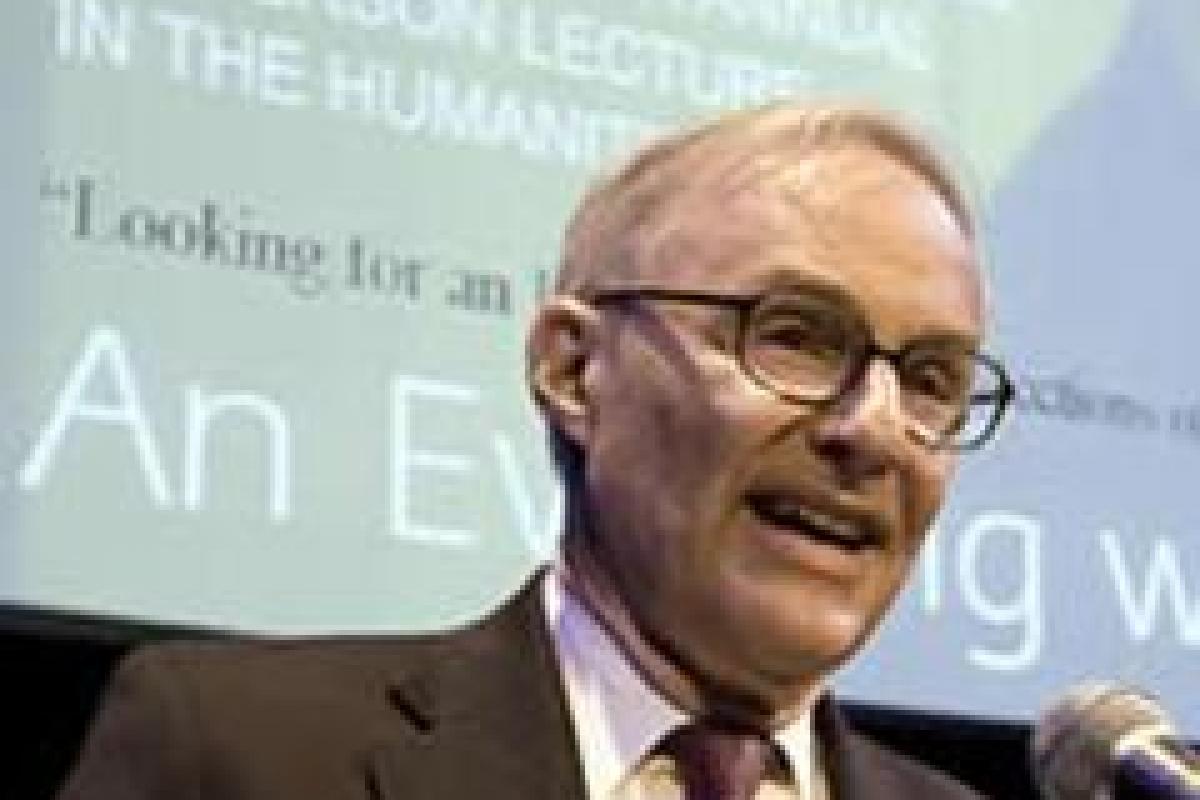 Leon R. Kass, noted author, humanities scholar, and bioethicist, presented the 38th annual Jefferson Lecture in the Humanities in Washington last night. Before an audience at the Warner Theatre, Dr. Kass recounted how the humanities guided his intellectual journey from his time as a student, through his career as a physician and medical researcher, his participation in the Civil Rights movement, his life-long interest in ethics and moral philosophy, to his current positions as teacher and scholar at the University of Chicago and the American Enterprise Institute. His lecture, ’‘Looking for an Honest Man’: Reflections of an Unlicensed Humanist,” has been made available on the National Endowment for the Humanities (NEH) Web site (www.neh.gov).

Kass, in acknowledging his formal training as a medical doctor and biochemist and current role as a teacher of the humanities, proclaimed himself to be an “unlicensed” humanist. In “‘Looking for an Honest Man’: Reflections of an Unlicensed Humanist,” Kass spoke about the deep understanding of humanity he has gained through his pursuit of the humanities and offered his own experiences as an example of the wisdom anyone can gain from the humanities: “The quest for my humanity is a search for what we all have in common. The point is not what I have learned, but rather what I have learned and, therefore, what anyone can learn with and through the humanities.”

Alluding to the Greek cynic Diogenes, who purportedly walked the sunlit streets of Athens looking for an honest man, Kass cites in his lecture the biographer Diogenes Laertius to clarify that Diogenes was not seeking a truth-telling human being, but was seeking to find the truth about human beings. Kass, in his own similar quest, argues that he found more truth about human beings in the great works of literature, than he did in medical text books. “The science was indeed powerful, but its self-understanding left much to be desired. It knew the human parts in ever finer detail, but it concerned itself little with the human whole.” Instead, Kass was able to learn about the human condition and human meaning by reading and comparing works by writers such as Rousseau, Aristotle, Homer, Aldous Huxley, C.S. Lewis, Leo Tolstoy, and Isak Dinesen.

In the conclusion of his lecture, Kass recognizes that he has not yet found a “neatly formulated” answer in his search of the human being, yet he shares a compelling realization: “I have come to believe that looking honestly for the human being, following the path wherever it leads, may itself be an integral part of finding it.”

The annual Jefferson Lecture in the Humanities was established by the NEH in 1972. Created to honor the intellectual and civic virtues exemplified by Thomas Jefferson, the lectureship recognizes significant scholarship and the ability to communicate the knowledge and wisdom of the humanities in a broad, appealing way. The Jefferson Lecture is held each spring in Washington, D.C. The lecturer receives an honorarium of $10,000.