Leon Kass, Noted Humanities Scholar and Bioethicist, to Deliver the 2009 Jefferson Lecture in the Humanities 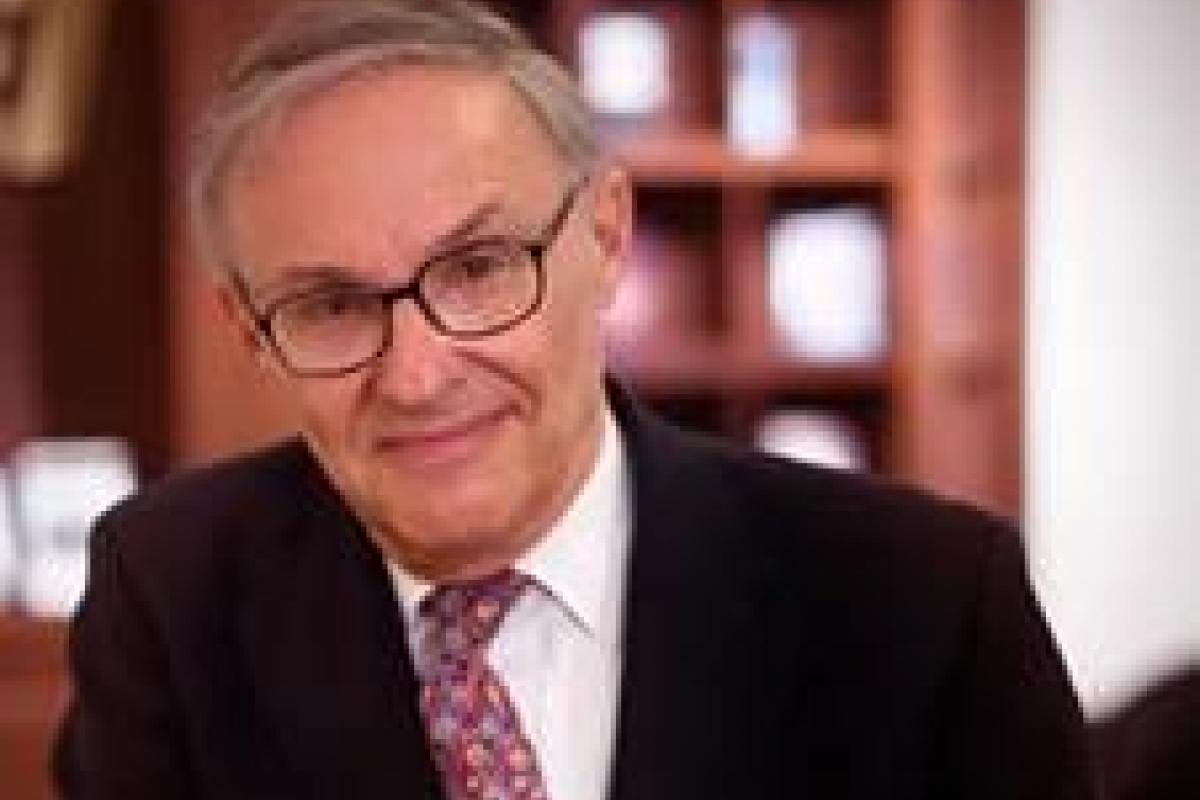 Dr. Leon R. Kass, a widely published author, award-winning humanities teacher, and one of America’s leading moral philosophers and experts on medical ethics, will deliver the 2009 Jefferson Lecture in the Humanities, the National Endowment for the Humanities (NEH) announced today. The annual NEH-sponsored Jefferson Lecture is the most prestigious honor the federal government bestows for distinguished intellectual achievement in the humanities.

“Leon Kass is an outstanding scholar, a gifted teacher, and one of our nation’s leading humanists,” said NEH Acting Chairman Carole M. Watson. “He has brought the wisdom of the humanities to bear on many topics, from bioethics to courtship, and his dedication to undergraduate teaching in the humanities has benefitted a generation of students.”

Kass will present the 38th Jefferson Lecture in the Humanities on Thursday, May 21, 2009, at 7 p.m. at the Warner Theatre in Washington, D.C., on “‘Looking for an Honest Man’: Reflections of an Unlicensed Humanist.” The lectureship carries a $10,000 honorarium.

Tickets to the lecture are free of charge and will be distributed on a first-come, first-served basis. Ticket requests must be submitted by May 4 via the online form. All other inquiries, as well as ticket requests for persons lacking online access, may be directed to (202) 606-8446.

Currently Kass is the Addie Clark Harding Professor in the College and the Committee on Social Thought at the University of Chicago, and the Hertog Fellow in Social Thought at the American Enterprise Institute in Washington, D.C. A Chicago native, Kass was educated at the University of Chicago (B.S., biology, 1958; M.D., 1962) and Harvard (Ph.D., biochemistry, 1967). After earning his Ph.D., he did research in molecular biology at the National Institutes of Health, and served in the United States Public Health Service.

For nearly four decades, Kass has been engaged with ethical and philosophical issues raised by biomedical advances, and, more recently, with questions of human nature and with broader moral and cultural issues. From 2001 to 2005, Kass was chairman of the President’s Council on Bioethics. From 1970 to 1972, he served as Executive Secretary of the Committee on the Life Sciences and Social Policy of the National Research Council/National Academy of Sciences, whose report, Assessing Biomedical Technologies, provided one of the first overviews of the emerging moral and social questions posed by biomedical progress. Kass was also a founding fellow of the Hastings Center, a leading bioethics think tank.

Since 1976 Kass has taught at the University of Chicago, where he has been an award-winning teacher deeply involved in undergraduate education and committed to the study of classic humanities texts. He was a co-founder and long time chairman of Fundamentals: Issues and Texts, an interdisciplinary text-based degree granting program begun in 1983 with the help of NEH. Previously Kass taught at St. John’s College in Annapolis, Md., and served as Joseph P. Kennedy, Sr., Research Professor in Bioethics at the Kennedy Institute of Ethics at Georgetown University.

Kass’s books include The Beginning of Wisdom: Reading Genesis (2003); Life, Liberty, and the Defense of Dignity: The Challenge for Bioethics (2002); Wing to Wing, Oar to Oar: Readings on Courting and Marrying (2000, with his wife, Amy A. Kass); The Ethics of Human Cloning (1998, with James Q. Wilson); The Hungry Soul: Eating and the Perfecting of Our Nature (1994); and Toward a More Natural Science: Biology and Human Affairs (1985). As chairman of the President’s Council on Bioethics, he oversaw the publication of several widely discussed reports, including Human Cloning and Human Dignity: An Ethical Inquiry (2002), Beyond Therapy: Biotechnology and the Pursuit of Happiness (2003), an anthology, Being Human: Core Readings in the Humanities (2004), as well as Taking Care: Ethical Caregiving in Our Aging Society (2005).

Kass’s many articles on bioethics, medicine, science, philosophy, religion and culture, and family life have appeared in The New Republic, The Washington Post, The Weekly Standard, First Things, Commentary, The American Scholar, The Public Interest, The New Atlantis, Commonweal, Science, the Journal of the American Medical Association, and many academic and medical journals.

Kass has received numerous awards and honors, including a National Institutes of Health Postdoctoral Fellowship (1963-1967); a John Simon Guggenheim Memorial Foundation Fellowship (1972-1973); an NEH fellowship (1973-74); the Quantrell Award for Excellence in Undergraduate Teaching (1983); the Amoco Foundation Award for Distinguished Contributions to Undergraduate Teaching (1993); and the Bradley Prize awarded by the Lynde and Harry Bradley Foundation (2003). He served on NEH’s National Council on the Humanities from 1984 to 1991. Kass lives in Washington, D.C., and Chicago, with his wife Amy. They have two daughters and four granddaughters.

NEH gratefully acknowledges the generous support for this year's Jefferson Lecture provided by Roger and Susan Hertog, the President's Committee on the Arts and the Humanities, and the National Trust for the Humanities.