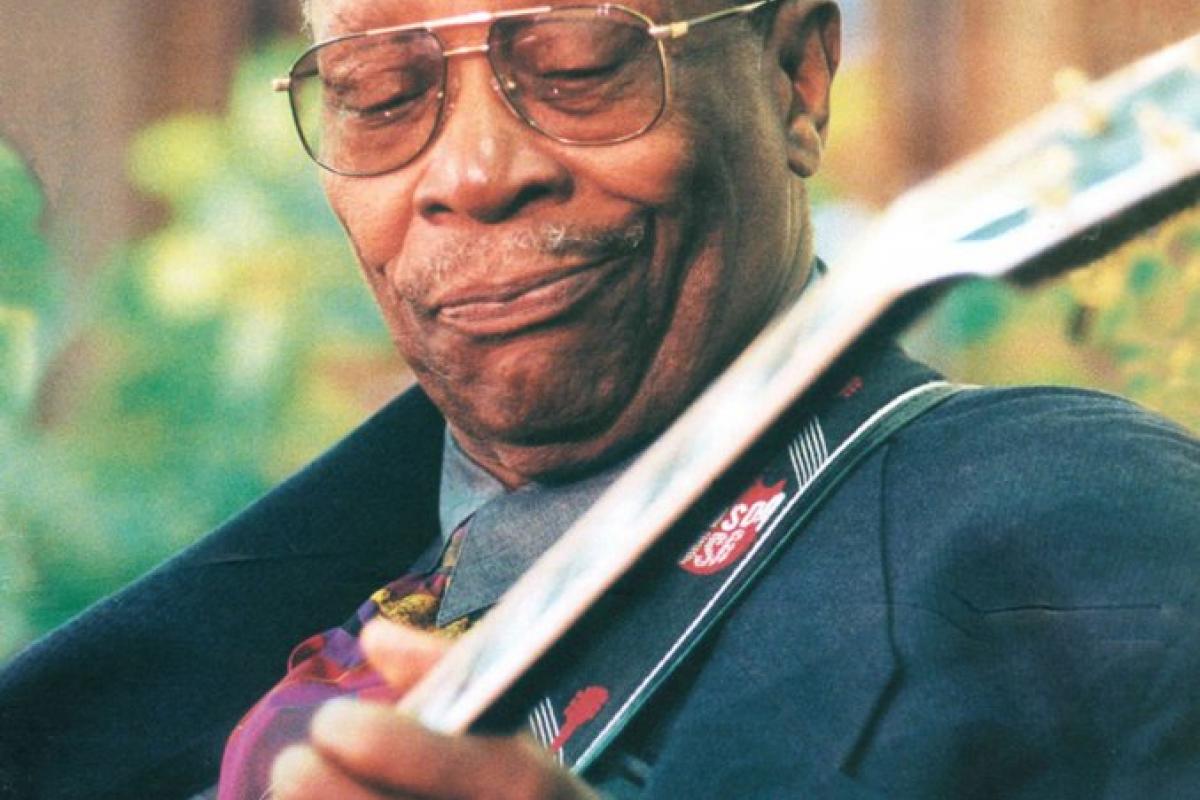 On Friday, January 15, renowned blues guitarist B.B. King discussed music and played his guitar for a roomful of admirers at the Old Post Office Pavilion. King paid the visit to the NEH headquarters at the invitation of his longtime friend Bill Ferris, chairman of the NEH. During King’s visit, Chairman Ferris presented a special award to him as a tribute for his accomplishments as the “Ambassador of the Blues.”

“Only B.B. King can do what he does. He is a living legend who embodies the blues tradition in American life,” Chairman Ferris said. “His life is about the blues, the blues are about history, and the National Endowment for the Humanities is about understanding history.”

The inscription on the NEH award reads: “A Special Tribute to B.B. King, Ambassador of the Blues. Whose special magical, musical language forged connections among people of the world. And whose bold imagination and love of music have enriched our lives.”

King was in Washington to perform two concerts Friday night at Constitution Hall.

The NEH has funded more than a dozen projects on the history of the blues. Chairman Ferris, incidentally, was inducted into the Blues Hall of Fame last year.