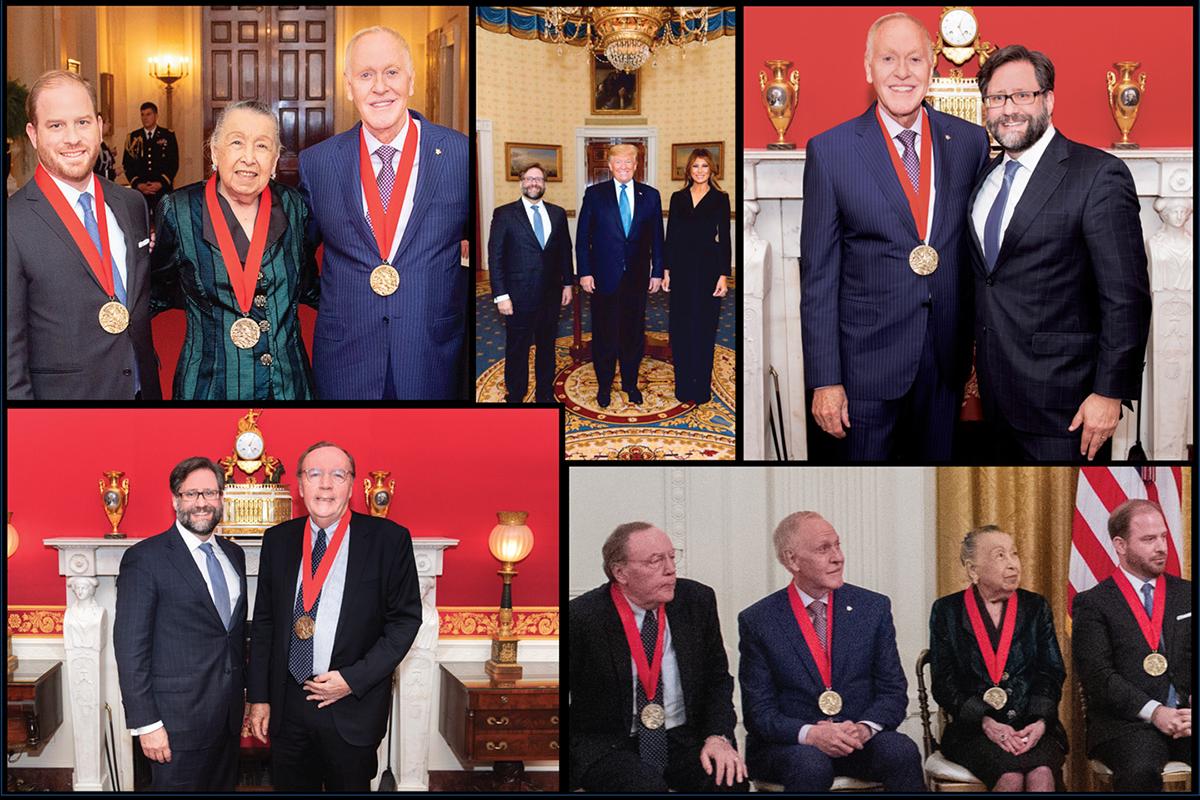 The National Humanities Medal honors an individual or organization whose work has deepened the nation’s understanding of the human experience, broadened citizens’ engagement with history and literature, or helped preserve and expand Americans’ access to cultural resources.

“Like the humanities themselves, these medalists speak to our hearts and minds,” said NEH Chairman Jon Parrish Peede. “They represent what is best in our philanthropic, literary, intellectual, and culinary cultures. They are more than deserving of this honor, and I am proud to join President Trump in celebrating their contributions to American life.”

(Read about the National Humanities Medalists in HUMANITIES magazine.)

Here are the four recipients of the 2019 National Humanities Medal: 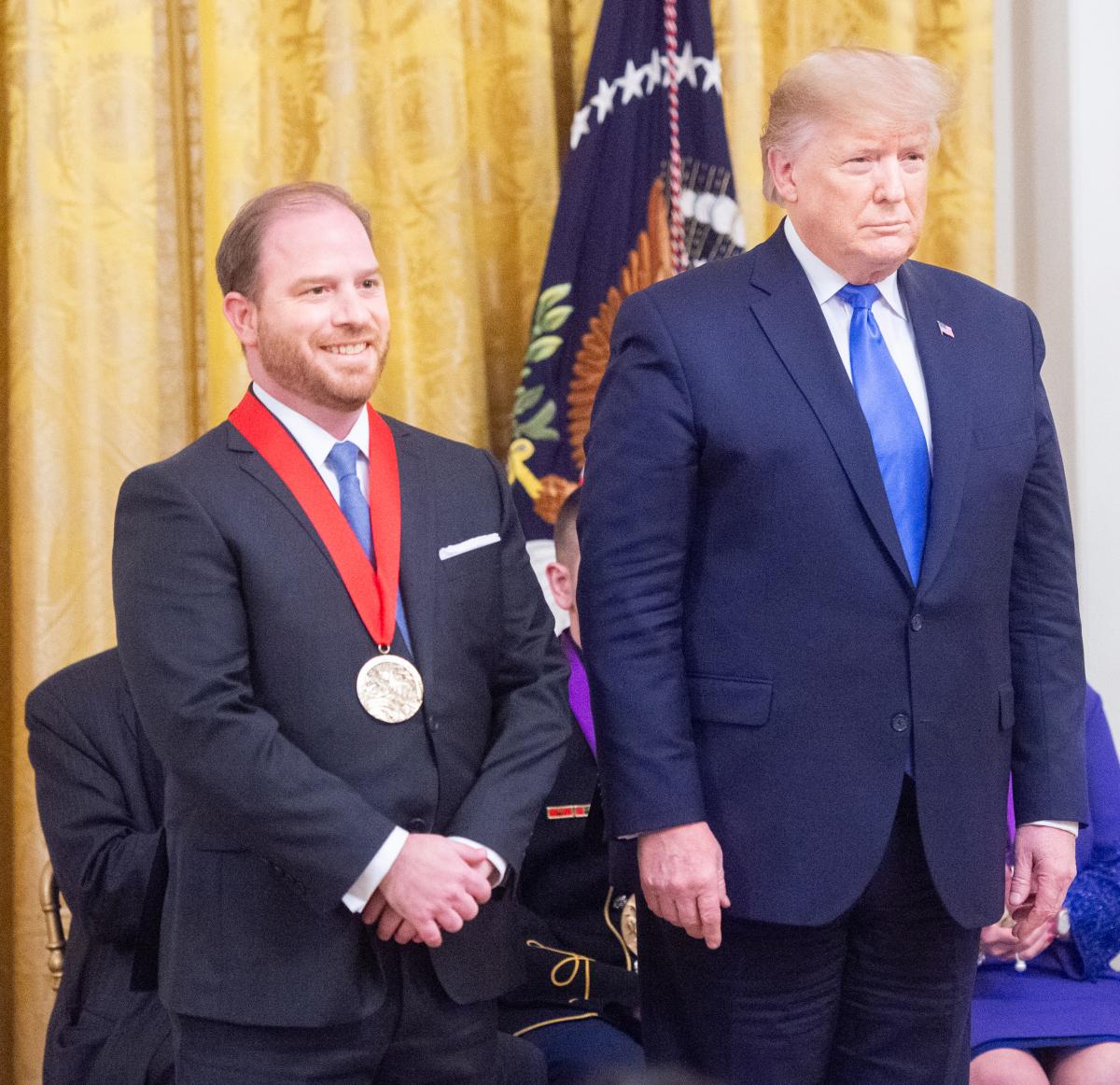 The Claremont Institute (Upland, California)
Since its founding in 1979, the California-based think tank has focused on teaching “the principles of the American Founding to the future thinkers and statesmen of America.” In 2000, Claremont launched the Claremont Review of Books, a quarterly journal that has since become a major venue for intellectual debate among political thinkers. The Institute will be recognized by the White House for “championing the Nation’s founding principles and enriching American minds. Its publications and public events have deepened our understanding and appreciation of American freedom, democracy, justice, and rule of law.” 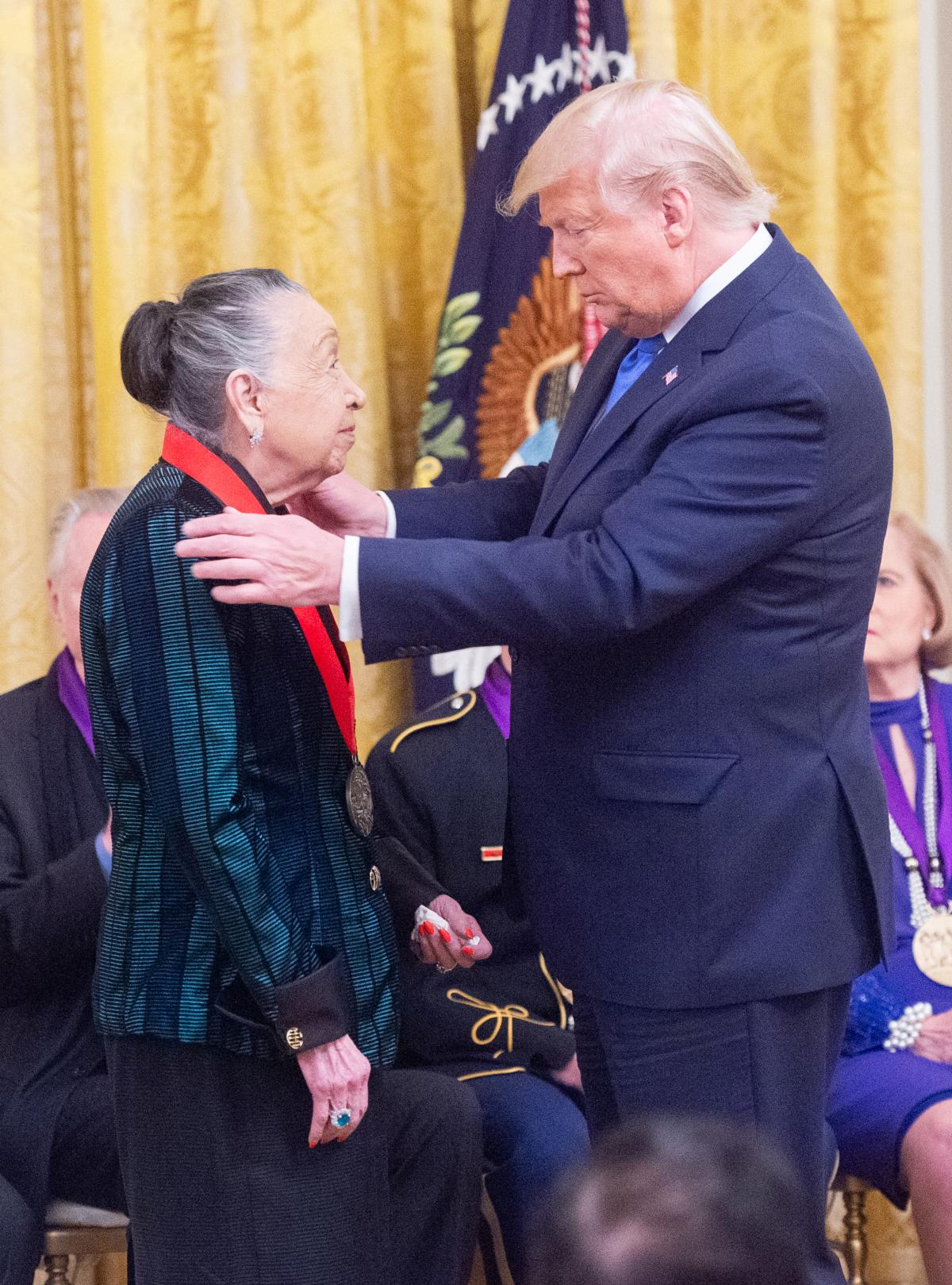 Teresa Lozano Long (Austin, Texas)
A dedicated philanthropist, Teresa Lozano Long, Ed.D., is the first Hispanic woman to earn a doctorate in health and physical education at the University of Texas. Dr. Long and her husband, Joe Long, have donated more than $130 million to cultural organizations and universities across Texas. Their philanthropy has focused on educational scholarships in medicine, Latin American culture, and the performing arts. They established the Teresa Lozano Long Institute of Latin American Studies at the University of Texas, which is one of the nation’s most important educational centers on the subject. Their lead donation supported the renovation of Austin’s performance arena, which is now named the Joe R. and Teresa Lozano Long Center for the Performing Arts. They also dedicated $10 million to establish the Promise to Hispanic Texas to benefit the state’s Hispanic youth. Long will be recognized by the White House for “supporting the arts and improving educational opportunities. Through scholarships and philanthropy, she has helped America’s children and young adults learn the skills they need to succeed.” 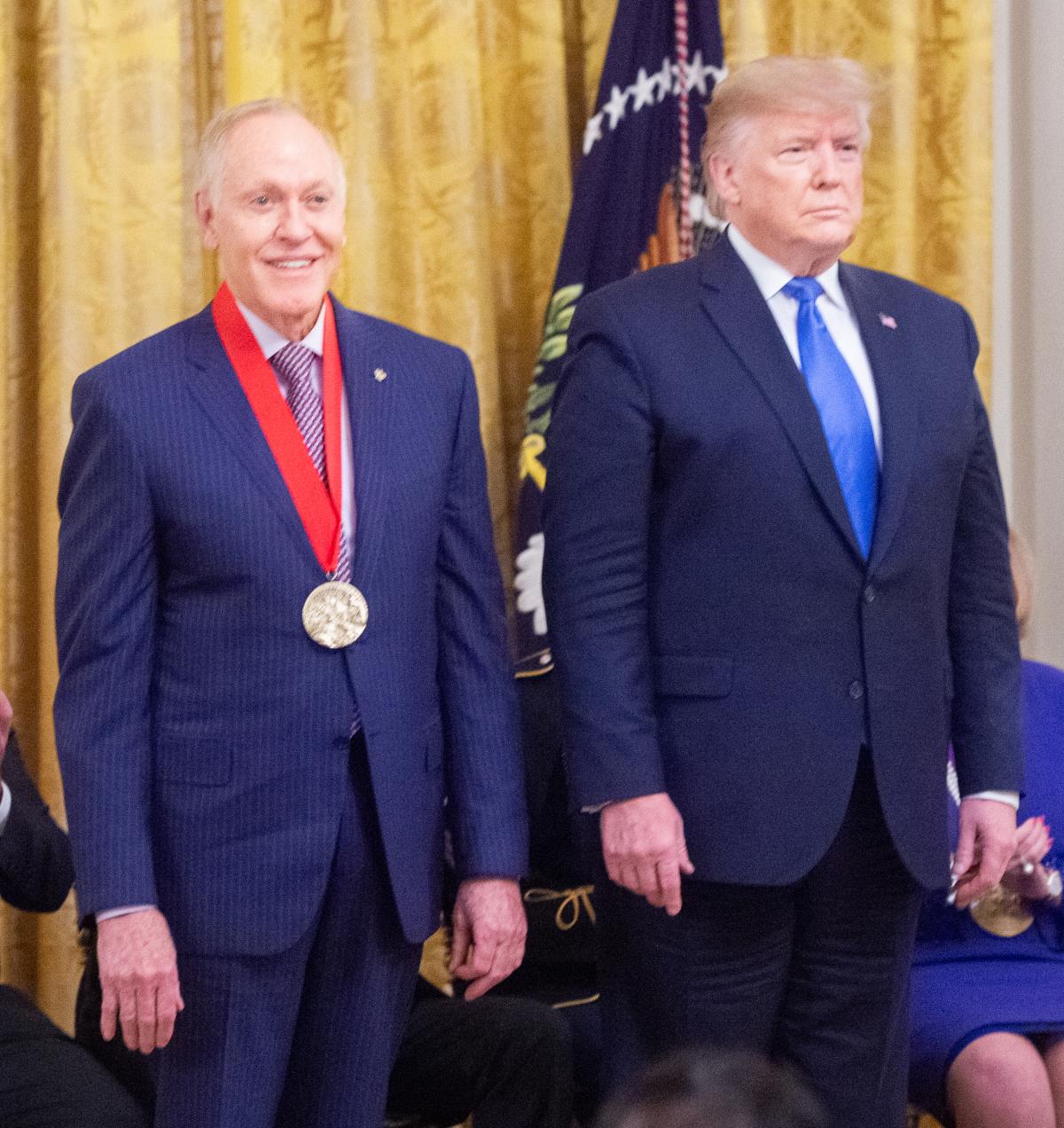 Patrick J. O’Connell (Washington, Virginia)
The recipient of the James Beard Foundation’s lifetime achievement award in 2019, D.C. native Patrick J. O’Connell is chef and restaurateur of The Inn at Little Washington in Washington, Virginia, where he emphasizes connections between cuisine and the land. The Inn has been honored with three Michelin stars. NEH welcomes his selection as a Medalist as an opportunity to highlight the importance of foodways as a scholarly field of cultural studies. O’Connell will be recognized by the White House as “one of the greatest chefs of our time. Through the Inn at Little Washington, he has raised the culinary arts to new heights of excellence by embracing regional flavors and championing local farmers.” 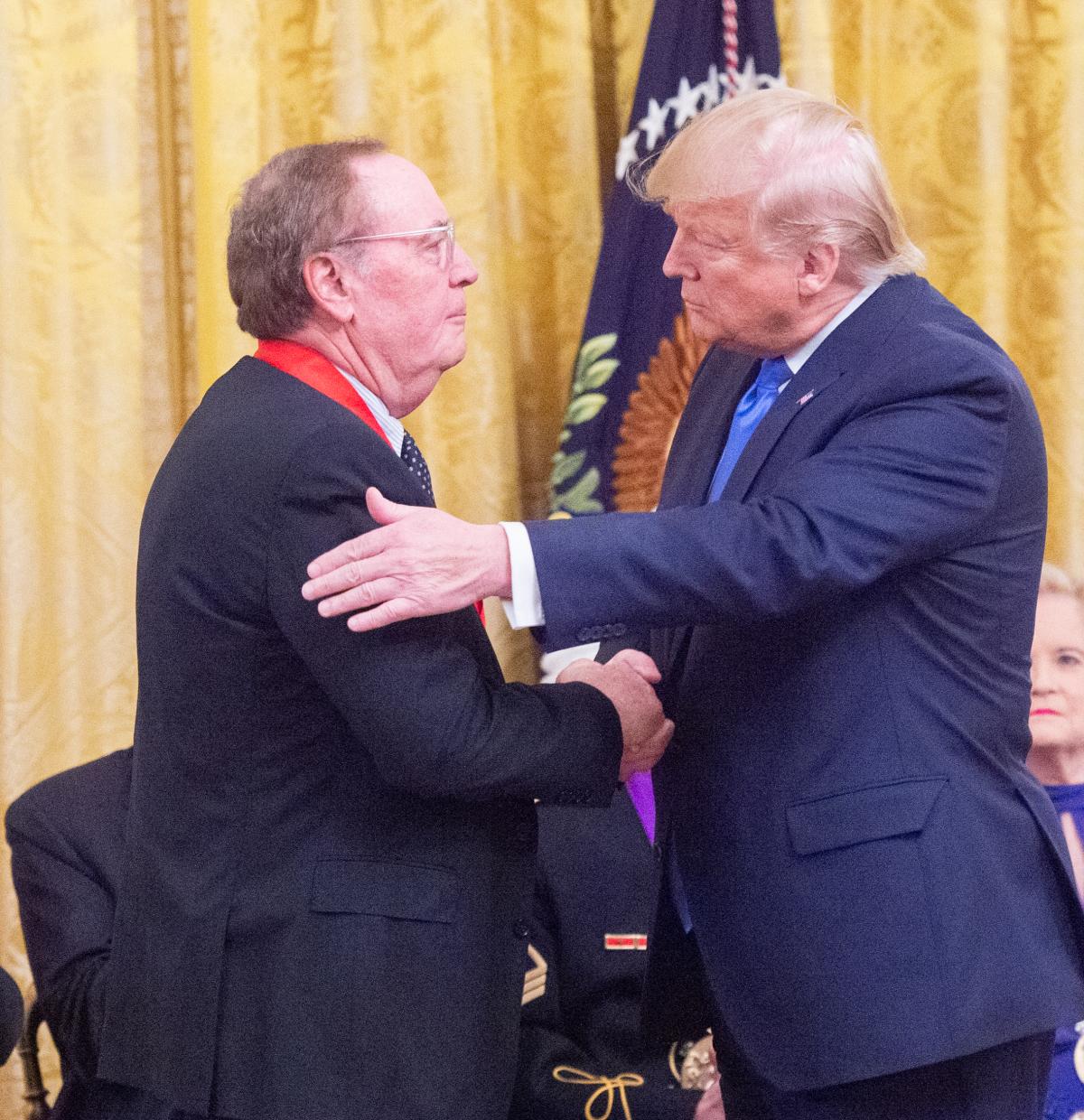 James Patterson (Palm Beach, Florida)
Best-selling author James Patterson promotes love of reading through his writing and philanthropic support for children’s literacy programs, schools, universities, libraries, and independent bookstores. By 2014, his books had sold more than 300 million copies. NEH is particularly proud to highlight his long-term support for libraries and bookstores because of their vital role in sustaining the public humanities through cultural programming and discussion groups. Patterson will be recognized by the White House as “one of the most successful American authors of our time. His prodigious imagination has resulted in fascinating works that have been enjoyed by millions and his championship of literacy in America has inspired many to realize their potential.”

The first National Humanities Medal was awarded in 1997. Since then, 191 have been bestowed — to 177 individuals and 14 organizations — inclusive of this year’s recipients. A complete list of previous honorees is available at this link.

The humanities medal, first awarded as the Charles Frankel Prize in 1989, will be presented along with the 2019 National Medal of Arts.

The current version of the humanities medal was designed by Paul C. Balan and chosen following a national competition. It was first used in the awarding of the 2013 National Humanities Medals.