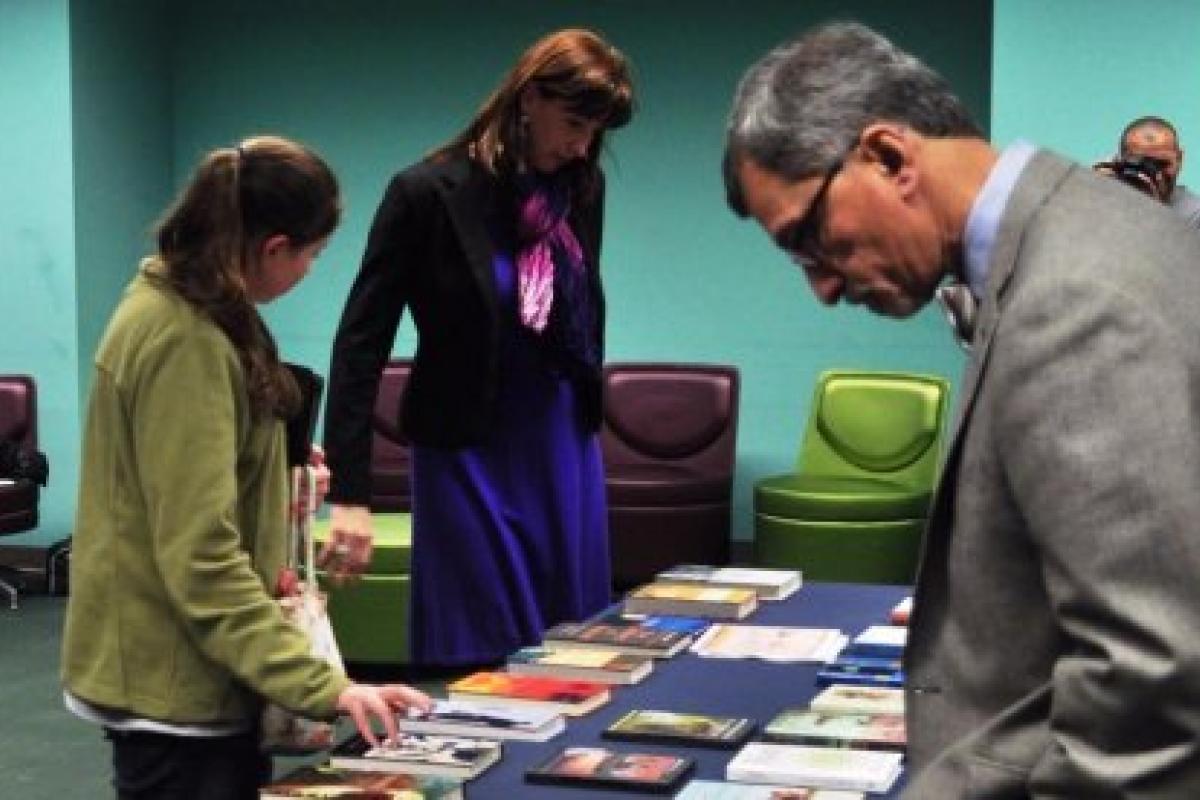 The Muslim Journeys Bookshelf, a set of twenty-five books and three films about Muslim cultures and history, arrived in 800 libraries across the United States last month, serving as the centerpiece for discussion programs and talks in every state and dozens of communities.

“What we hear in the media about Muslims and their faith and culture is incomplete,” said Paula McGrew, a librarian at West Virginia Wesleyan College.  “This could potentially change that perception.”  Amanda Mohl, a Glen Carbon Centennial librarian in Illinois, said that library programs have the potential to emphasize common human experiences: “Through shared personal stories, we are able to see the world through someone else’s eyes, making the often abstract concept of the Muslim world less foreign and, in some cases, frightening.”

The National Endowment for the Humanities, using grants from the Carnegie Corporation of New York and others,  enlisted scholars and librarians in a collaboration to select books and films that introduce the diverse cultures of the Muslim world to interested library patrons.  The bookshelf, which was offered free to interested libraries and humanities councils, has been delivered to rural and urban communities from Hawaii to Maine.  The bookshelf is part of NEH’s Bridging Cultures initiative.

Recipient libraries are hosting local events with film screenings, lectures and panels aimed at engaging people in learning something new about Muslims around the globe and in America.   One of the scholars who helped choose the books for the project, Reed College professor Kambiz GhaneaBassiri,  told an audience at Portland State University that “our goal was to emphasize the pluralities of Islam, including the histories, the perspectives, the peoples, places and journeys of Islam.”

Retired US Army Colonel Lawrence H. Saul, invited to give a talk about the role of Islam in today’s world at the Oconee County Library in Watkinsville, Georgia, spoke about his interactions with Muslim communities during his years of military service.  “The attendees at the program were engaged and ready with intelligent questions,” said Jessica Jenkins, Adult Services Coordinator at Oconee.
After the event, she said, patrons checked out nearly all twenty-five books in the Muslim Journeys set.

Hannah Schell, facilitating an “Islam 101” program at Monmouth College in Illinois, noted that “at one level the program was a very basic introduction to the five pillars of Islam. But the stories and anecdotes shared by the panelists were the highlight of the evening – the real life stories and struggles, poignant and sometimes humorous, of Muslims negotiating their identities in Cairo, Stuttgart, and Lahore, offered an element of rich, human detail to the basic outline.”

Alameda Free Library in California kicked off a four-part cultural event series, “Muslim Journeys: An exploration and celebration of the intertwined histories of Islam and the West” with a screening of “Koran by Heart,” one of the bookshelf films.   Afterwards, librarian Cosette Ratliff said, “Many people, customers and staff, told me how happy they were that the Library would present an event of this type” which was co-sponsored by the Alameda Multicultural Community Center and the Islamic Center of Alameda. “They have asked for more programming that focuses on the different cultural groups that make up our Alameda community.” 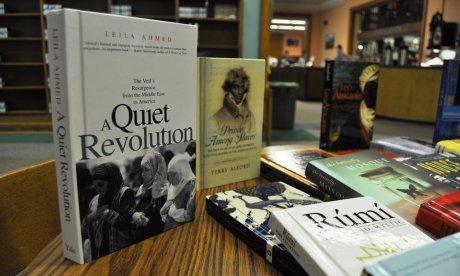