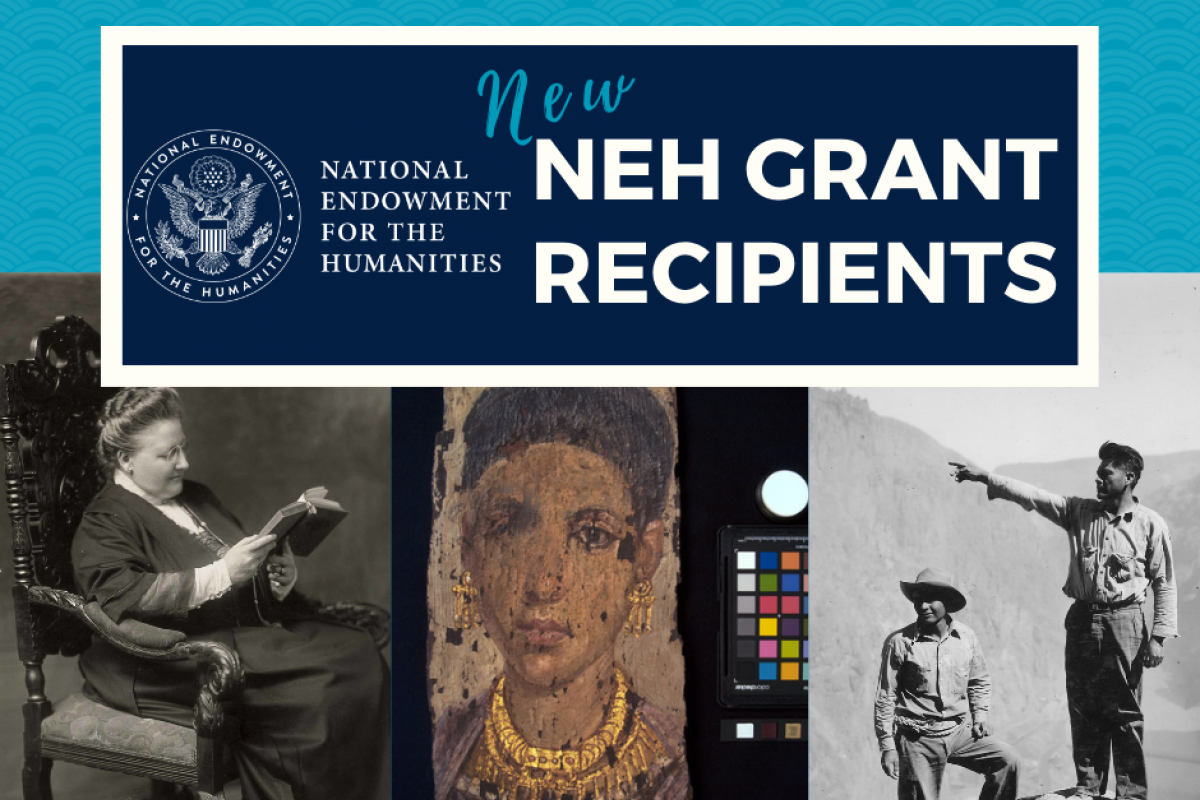 WASHINGTON, D.C.— The National Endowment for the Humanities (NEH) today announced $32.8 million in grants to support 213 humanities projects in 44 states, the District of Columbia, and Puerto Rico. These grants will safeguard extensive collections on Appalachian history at Kentucky’s Appalshop archives, enable production of an interactive timeline of African-American music at Carnegie Hall, and support the use of multispectral imaging and X-ray spectroscopy on archaeological objects to better understand color in the ancient world.

“As we conclude an extremely difficult year for our nation and its cultural institutions, it is heartening to see so many excellent projects being undertaken by humanities scholars, researchers, curators, and educators,” said NEH Chairman Jon Parrish Peede. “These new NEH grants will foster intellectual inquiry, promote broad engagement with history, literature, and other humanities fields, and expand access to cultural collections and resources for all Americans.”

New NEH Infrastructure and Capacity Building grants, which leverage federal funds to incentivize private investment in the nation’s cultural institutions, will support projects such as the construction of public program space at the Korean Cultural Center of Chicago; the creation of a Yoknapatawpha Humanities Center in Oxford, Mississippi; ADA-compliant accessibility and site improvement at the Harriet Beecher Stowe Center in Hartford, Connecticut; and digital infrastructure upgrades to the “Freedom on the Move” database of fugitive slave advertisements from eighteenth- and nineteenth-century U.S. newspapers at Cornell University.

Several grants support the use of new technologies to bring history alive for public audiences or facilitate advanced research in the humanities. Newly funded projects include production of a smartphone app and online portal that use augmented reality to provide historical and cultural information and context to visitors to the new National World War I Memorial under construction in Washington, D.C., and the development of a virtual reality game that teaches students about the history and construction of the Hoover Dam.

Additional grants will support the use of machine learning to improve automatic text recognition of handwritten Persian and Arabic manuscripts to make their contents more widely available to scholars and students, and the development of computational methods for modeling changes in Los Angeles’s postwar urban landscape using photographs by artist Ed Ruscha in combination with newspaper, census, and other historical records.

This cycle also includes the first awards made under the NEH/AHRC New Directions for Digital Scholarship in Cultural Institutions program, a joint initiative between NEH and the U.K. Arts and Humanities Research Council (AHRC) to advance digital scholarship at museums, libraries, and archives. These new awards will fund international teams of U.S. and British researchers working on projects such as the digital identification and analysis of watermarks on manuscripts by Isaac Newton, and the refinement of spectral imaging methods for determining the geographic origins of cultural heritage materials with the aim of illuminating historical patterns of global trade and cultural exchange.

Other newly awarded grants will support vital research and training programs intended to improve preservation of the nation’s valuable cultural heritage. Among these are a partnership between the University of Hawai’i, Honolulu, and the American Council of the Blind and Helen Keller National Center to develop best practices for creating audio descriptions of humanities collections for blind, visually impaired, and deaf-blind users. Additional awards will create a Utah Community Preservation Program to assist Utah institutions in collections preservation and stewardship, and support workshops and other training opportunities related to the curation of Indigenous heritage materials through the University of Wisconsin.

Twenty-one NEH Humanities Initiatives grants will advance curricular innovations and enhance educational resources at colleges and universities. These include the creation of a digital archive at Capitol Community College on local African-American history in Hartford, Connecticut, for use in community college and high school classes; the formation of a new minor in applied ethics for associate degree students in health, technology, and general studies at Trocaire College in Buffalo, New York; and development of a curriculum and digital educational resources on Omaha tribal culture at Nebraska Indian Community College.

NEH Fellowships and Awards for Faculty will support humanities scholars in researching and writing books on connections between the Black Death and the origins of the Italian Renaissance, the influence of John Milton’s blindness on the poetic language of Paradise Lost, the creation of American Catholicism, and a cultural history of the telephone in America. New NEH-Mellon Fellowships for Digital Publication, an NEH partnership with the Andrew W. Mellon Foundation to support scholarship in digital formats, will fund work on a virtual reality experience documenting the construction and architectural changes to the Basilica of Saint Paul Outside the Walls in Rome over two millennia, enable publication of the first scholarly edition of the correspondence and writings of American Imagist poet Amy Lowell, and support a digital study of nineteenth-century Black newspapers in Ohio and their role in civic life.