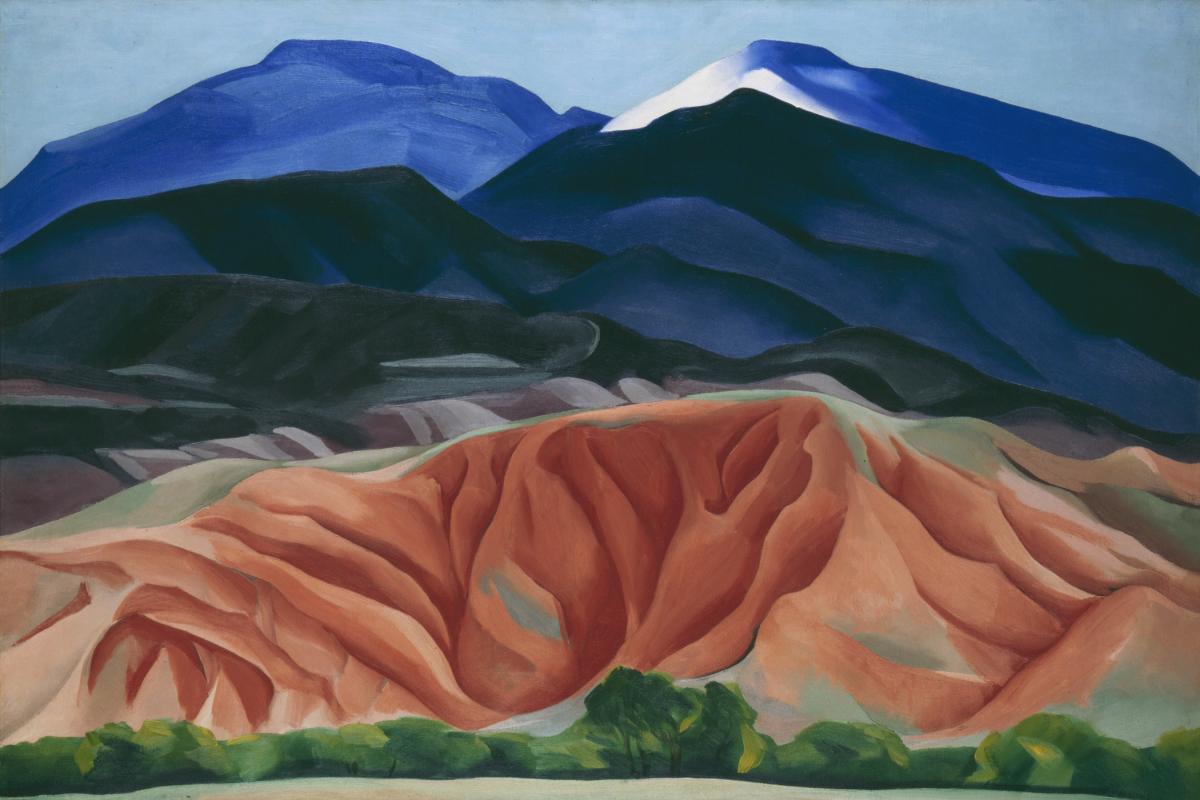 A newly announced NEH grant will support an infrastructure project at the Georgia O'Keeffe Museum in Santa Fe to create a new museum campus, including construction of a new exhibition building and the renovation of an existing research center, library, and archives building to showcase the largest collection of O'Keeffe's work in the world.

WASHINGTON, D.C. — The National Endowment for the Humanities (NEH) today announced $30.9 million in grants to support 188 humanities projects in 45 states and the District of Columbia. NEH Chairman Jon Parrish Peede announced the latest grants today at the Georgia O'Keeffe Museum in Santa Fe, New Mexico, which will receive a matching grant of up to $750,000 to create a new museum campus, including the construction of a new exhibition building to showcase the largest collection of O’Keeffe’s work in the world. It is one of 32 NEH Challenge grants that leverage federal dollars to spur increased private investment in our nation’s libraries, museums, and cultural centers to ensure greater access to cultural and educational resources for all Americans.

An additional $48 million was awarded to fund 55 state, territorial, and jurisdictional humanities councils, which serve local communities through a range of state-focused humanities discussion and educational outreach programs.

“These new NEH grants will expand access to the country’s wealth of historical, literary, and artistic resources by helping archivists and curators care for important heritage collections, and using new media to inspire examination of significant texts and ideas,” said Chairman Peede. “In keeping with NEH’s A More Perfect Union initiative, these projects will open pathways for students to engage meaningfully with the humanities and focus public attention on the history, culture, and political thought of the United States’ first 250 years as a nation.”

In addition to the O’Keeffe Museum grant, several grants awarded support infrastructure projects and long-term capacity-building at museums, historic sites, libraries, colleges and universities, and other humanities institutions. These include renovations at the Buffalo Bill Center of the West in Cody, Wyoming, to help protect the museum’s extensive collection of artifacts of the American West; and an expansion of the St. Louis Holocaust Museum & Learning Center to make space for classrooms, multimedia, and community engagement areas.

Many others use new technologies to bring history alive for broad audiences or facilitate advanced research in the humanities. One new grant will support production of an augmented reality app for the Cahokia Mounds, a UNESCO World Heritage Site in Illinois, recreating the structures and features of the ancient pre-Columbian city. Another will bring the work of 20th-century architect Fay Jones, an apprentice to Frank Lloyd Wright, to public audiences through an immersive website and digital kiosk displays at public sites in the Ozarks. An award to Utah Valley University’s Center for Constitutional Studies will fund digital “modeling” of archival materials documenting U.S. state constitutional conventions to help users trace the discussion and development of legal ideas and texts through an interactive timeline of primary documents.

Grants will also support production of Reconstruction 360, a South Carolina Educational Television website and mobile app that uses immersive video reenactment and storytelling to help users understand the impact and legacy of the Reconstruction era. Another grant will augment the international Unicode computer text encoding standards to digitally render additional historical and modern scripts, including Mayan and Egyptian hieroglyphs.

NEH Fellowships and Awards for Faculty will enable creation of a digital anthology of pre-Civil War hymns adapted from material by European composers such as Mozart, Beethoven, and Schubert for use in popular American religious music. Another scholar is researching and writing an intellectual history of the American economy from the Panic of 1896 to the 2008 recession.

Grant awards will also fund humanities initiatives at Historically Black Colleges, Hispanic-serving institutions, tribal colleges and universities, and community colleges. These include a partnership between Anne Arundel Community College and St. John’s College in Maryland to create a Great Books curriculum and provide opportunities for students at the two-year college to transfer to St. John’s for further study. An award to St. Augustine College in Illinois will fund a curriculum project to incorporate the study of Chicago’s art, music, and history into courses for early childhood educators.