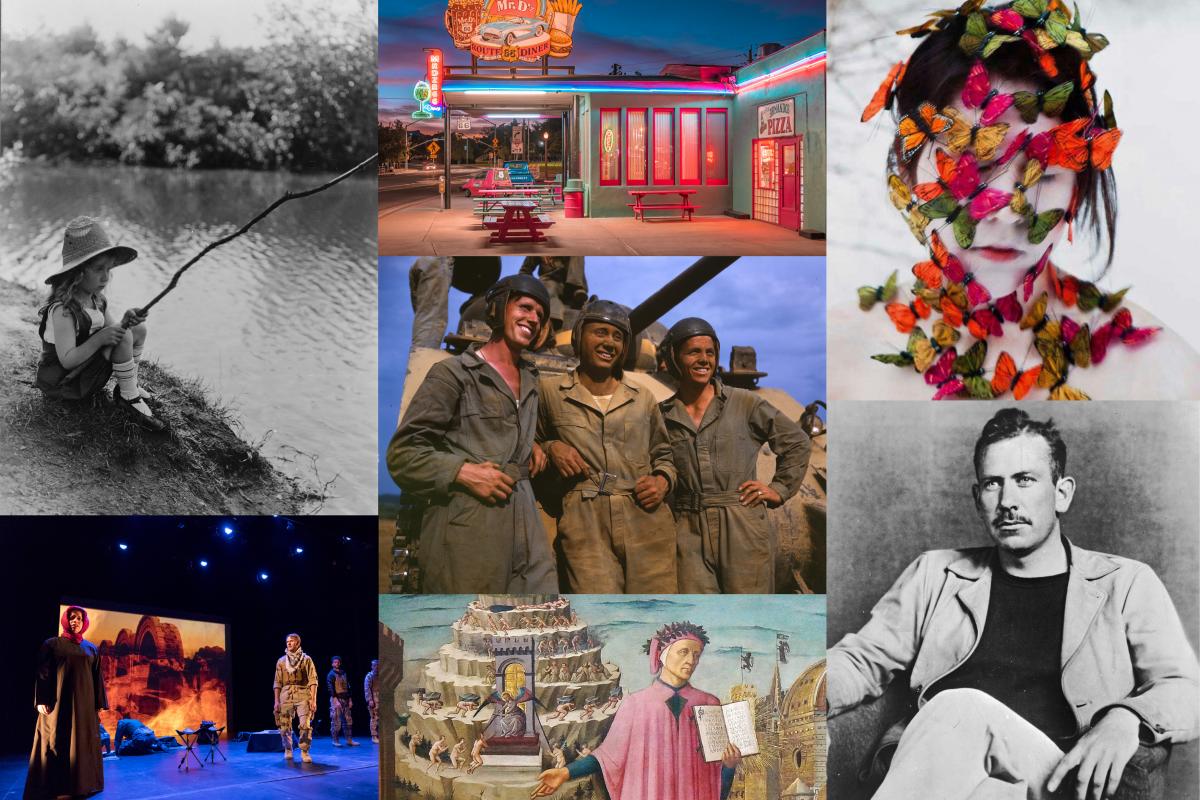 The National Endowment for the Humanities (NEH) today announced $28.6 million in grants for 233 humanities projects across the country.

“These new NEH-supported projects will help shore up the nation’s most valuable assets: its history, literature, historic sites, regional traditions, and cultural institutions,” said NEH Chairman Jon Parrish Peede. “NEH is proud to support the advancement of learning and sharing of knowledge nationwide.”

Grant awards announced today will preserve the papers of American writer Eudora Welty and create a digital repository of her manuscripts, correspondence, photographs, and sound recordings, and enable production of a documentary by filmmaker Ric Burns on the life and work of Dante Alighieri, author of The Divine Comedy.

This funding cycle marks the second round of grant awards made under NEH’s Infrastructure and Capacity Building Challenge Grants program, which seeks to leverage federal funds against private investment to help create and sustain the nation’s humanities infrastructure. Newly awarded NEH infrastructure grants will provide for the restoration of the steeple and tower of Philadelphia’s Christ Church, a national historic landmark, whose congregation once included George Washington, Betsy Ross, Benjamin Franklin, and John Adams. NEH Infrastructure and Capacity Building Challenge Grants will also help the Confederated Tribes of Coos, Lower Umpqua, and Siuslaw Indians construct a tribal museum and cultural center in southwest Oregon focusing on the history and culture of the region’s Native American people and support renovations to the John Steinbeck Library in Salinas, California, to allow the library to exhibit and hold community educational events around its special collection of Steinbeck works.

Several grant projects will provide essential resources for the study of American history and culture. Three decades after the broadcast of the landmark PBS series Eyes on the Prize, a new NEH grant will, for the first time, ensure public access to 100 hours of original interviews of prominent civil rights leaders and grassroots activists upon which the documentary was based. Other grants will create an online archive documenting 100 years of women’s rights activism leading up to the passage of the Nineteenth Amendment in 1920, and digitize a collection of 65,000 handwritten survey responses by WWII soldiers reflecting on war and military service, collected by the Army between 1941 and 1945.

Other NEH awards will support a national “Warrior Chorus” initiative at Aquila Theatre to bring discussion programs and staged readings by military veterans of Homer’s Odyssey to veterans groups around the country.

Education grants for curriculum innovation in the humanities will enable the creation of a minor in Appalachian studies at West Virginia Wesleyan College, implementation of a medical humanities program at the University of South Florida, and the development of an undergraduate certificate in cultural heritage recovery at the University of Rochester. NEH Dialogues on the Experience of War grants will support nine different humanities-based programs for military veterans and their families, including a veterans’ discussion project in Maui, focusing on ancient Native Hawaiian practices celebrating warriors’ homecoming.

NEH Summer Stipends for scholars will enable archival research for more than eighty publications, including a book on the popularity of the writings of Ernest Hemingway in the Soviet Union, and a biography of 7th-century French Queen Balthild, who was born an Anglo-Saxon slave, became queen of the regions of Burgundy and Neustria, and was venerated as a saint after her death.

NEH Documenting Endangered Languages grants, administered in partnership with the National Science Foundation (NSF), will provide for the documentation and creation of language-learning materials to help revitalize Sugpiaq, an endangered Alaskan Yupik language. And grants awarded through Humanities Open Book, a joint venture between NEH and the Andrew W. Mellon Foundation, will give second life to important out-of-print humanities books on regional U.S. history, Victorian literature and philosophy, and Germanic languages and literatures.