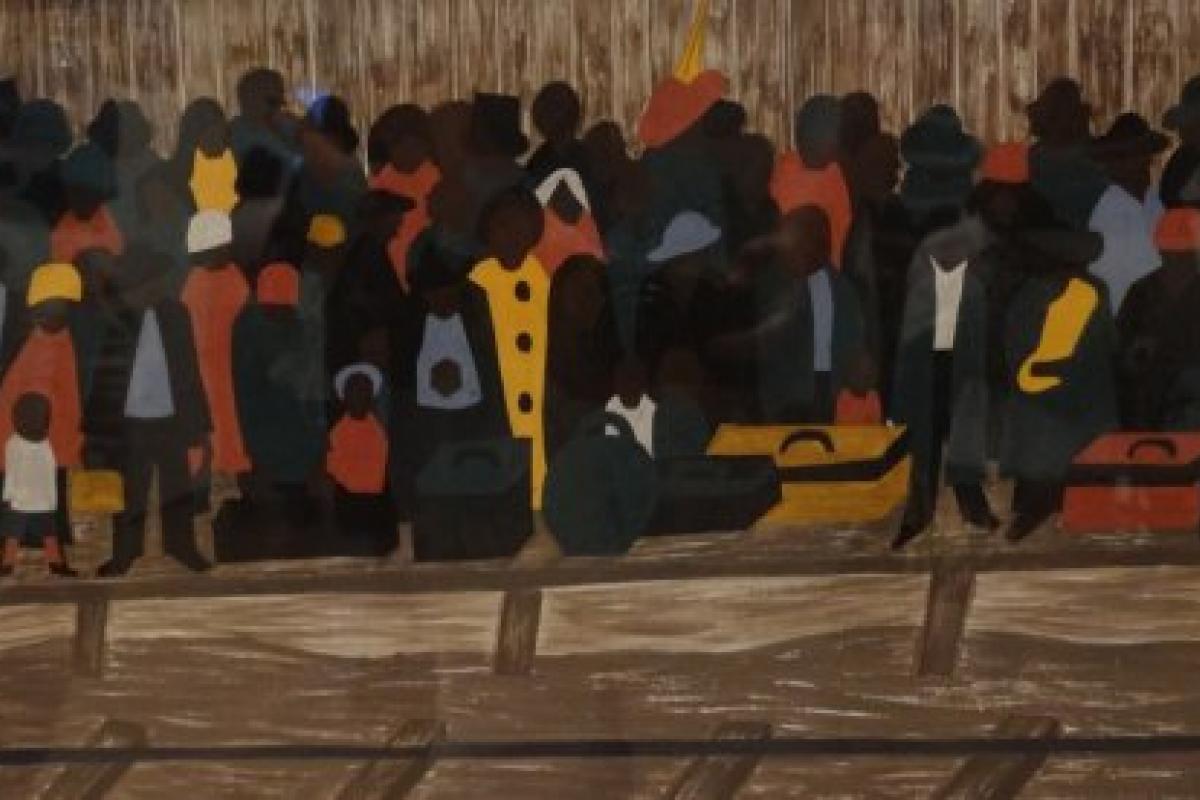 As post-WWI America “returned to normalcy,” African-Americans continued moving to and seeking opportunities in northern cities, setting off a cultural and literary renaissance in their new neighborhoods.

While post-WWI America enjoyed the fruits of peacetime prosperity, not all economic gains were shared equally, and the South continued to lag behind the industrial North and Midwest in job opportunities and growth. Many African-Americans, frustrated both by a lack of good-paying work and the continued enforcement of Jim Crow laws in the region, followed the paths of relatives and forebears and made their way northward to the burgeoning metropolises of Chicago, St. Louis, Detroit, Pittsburgh, and New York. Initial conditions in the North were far from perfect, with blacks facing tension and discrimination from some portions of the white urban population, especially those who feared new labor competition.

Economic growth in the Roaring Twenties substantially increased the prosperity of the new black communities through jobs in  industrial fields like auto manufacturing, shipbuilding, and steelmaking. The North also afforded more rights to blacks than previously experienced under the Jim Crow laws, such as the power of the vote and better public education.

With new hometowns, new opportunities, and new economic potential, many African-American neighborhoods in northern cities flourished with the outpouring of works from a new generation of black artists, writers and creators. One of the focal points for these artists was Harlem in the northern part of Manhattan, and by the mid-twenties, the cultural scene of the “Harlem Renaissance” was in vogue. From that scene sprang Langston Hughes, who incorporated jazz rhythms and black pride themes into poetry; Zora Neale Hurston, who documented African-America folklore in both her new home and the South; and artist Jacob Lawrence, who moved to Harlem at thirteen and  was inspired to paint a sixty-panel set of narrative paintings – The Migration Series – that transformed the experiences of black migrants to the North into works almost immediately recognized by the art world. See more of the creative outpouring from the Harlem Renaissance at Edsitement,, the National Endowment for the Humanities' educational website.