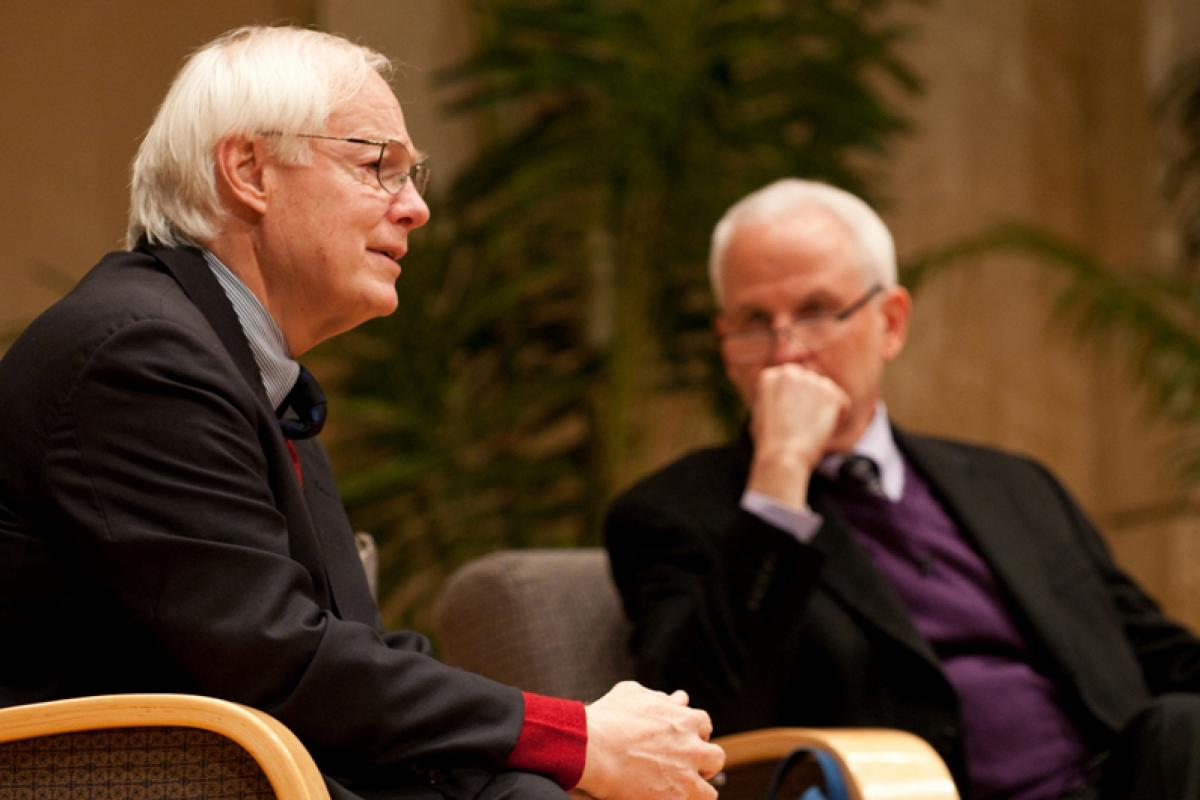 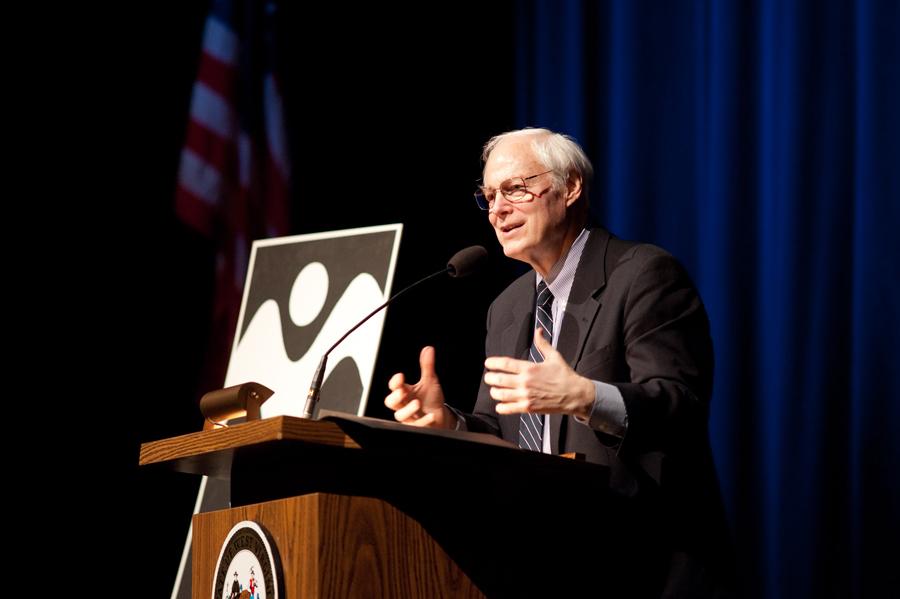 Nineteen months after he began, NEH Chairman Jim Leach has completed his promised Civility Tour, visiting every state in the nation to raise public awareness with the message that “polarizing attitudes can jeopardize social cohesion and even public safety.” On May 15, 2011, Leach spoke in Hawaii, the final stop in a drive to highlight the “divisive rhetoric of anger” that is threatening a fundamental necessity of democracy: the constructive exchange of views.

As a 30-year Member of Congress, Leach witnessed up close a decline in civility on Capitol Hill. Incendiary public discourse had proliferated not only in politics but also in the myriad forms of commentary made possible by the Internet and new social media. At NEH, that concern precipitated the Civility Tour as well as an agency initiative titled Bridging Cultures which provides funding for public forums, films and other outreach efforts to explore the role of civility in a democracy.

(To hear Chairman Leach discuss these and related topics in a radio interview, click here.)

In November of 2009, in a speech at the National Press Club, Leach outlined some of the reasons mutual respect was breaking down across the country and warned of the consequences at home and abroad. “How we lead or fail to lead in an interdependent world will be directly related to how we comprehend our own history, values, and diversity of experiences, and how deeply we come to understand and respect other peoples and societies. Citizenship is hard. It takes a willingness to listen, watch, read, and think in ways that allow the imagination to put one person in the shoes of another,” Leach told the gathering.

“Little is more important for the world’s leading democracy in this change-intensive century than establishing an ethos of thoughtfulness and decency of expression in the public square. If we don’t try to understand and respect others, how can we expect them to respect us, our values and our way of life?” he asked.

Leach personally took that message to more than 80 cities and towns across the country during the tour. In addition, under the Bridging Cultures initiative, NEH supported four national “conversations” on civility that brought experts together to discuss the often toxic atmosphere of political debate within the context of the historical role of dissent in American life. In Chicago, the American Bar Association organized a public forum on “Civility and Free Expression in a Constitutional Democracy.” The National Constitution Center in Philadelphia hosted “Democratic Discontent: A Public Symposium on Civility and Democracy in America.” Similar events were held in Los Angeles and at the Foley Institute at Washington State University.

Civility concerns had grown with the acidity of the Congressional debate on health care reform. But the topic took on a grim added significance in January of 2011 when Rep. Gabrielle Giffords and a number of her constituents were shot by a deranged gunman in Tucson, Arizona.

He stressed that civility is not simply or principally about manners. “It doesn’t mean that spirited advocacy is to be avoided. What it does require is a willingness to consider respectfully the views of others, with an understanding that we are all connected and rely on each other.”

In the wake of the shooting, President Obama in an address to the citizens of Tucson, called on all Americans to begin talking to one another “in a way that heals, not in a way that wounds."

Democracy, he noted, requires perspective. “Seldom is there only one proper path determinable by one individual or one political party. Public decision-making does not lend itself to certitude. Everybody can learn from somebody else. That is why humility is a valued character trait and why civility is a central ingredient of a democratic society.”

“Citizens should be expected to disagree vigorously with each other and take their disagreements to the ballot box. But a government of, by and for the people is obligated to conduct the nation’s business in a manner that respects dissenting views and those who hold them.”

Leach said that polarization has increased in recent years, related in no small measure to the fact that the nation is at war and the economy has stumbled. In addition, the public senses that the best and the brightest in both finance and the political arena have lost discipline and let the country down.

“We cannot lead the world,” Leach emphasized, “unless we spiritually rearm, not with intolerance for others, but with faith in traditional American ideals – honor, dignity, love, or at least respect for neighbors, near and far. As Lincoln noted in words borrowed from Scripture, a house divided cannot stand.”