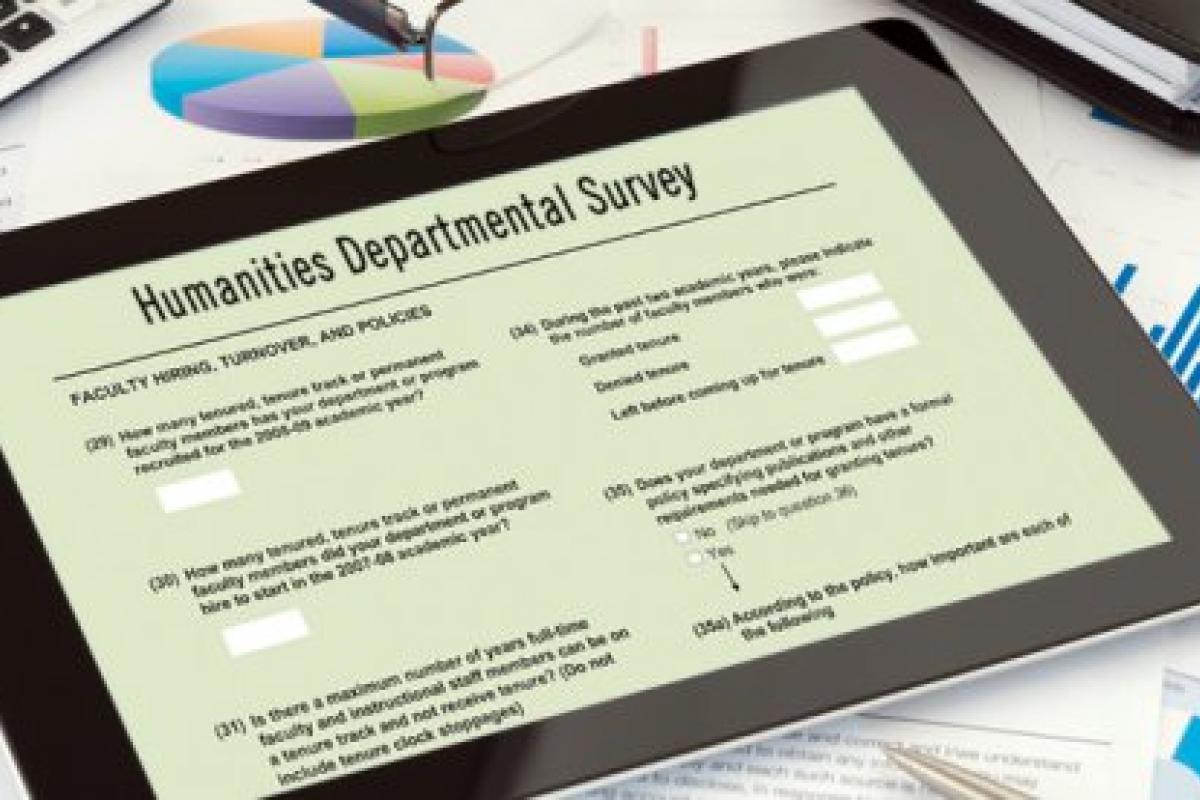 Slightly fewer students are majoring in the humanities – particularly in English—now than were six years ago. Nevertheless the modesty of the decline, coupled with relatively minor changes in the numbers of humanities departments and faculty members on college campuses suggest that humanities may have weathered the recent recession better than feared concluded a new report, published today by American Academy of Arts & Sciences as part of the Humanities Indicators project.

A departmental study of four-year colleges and universities comparing the academic year 2012-2013 against 2007-2008 found that there was little change in the numbers of majors and bachelor’s degrees conferred by departments, with the exception of English departments, which experienced a decline of between 1 to 36 degrees per department, and Linguistics programs, which increased slightly in the average numbers of degrees (up 2.5 to 9.8) and declared majors (up 5.3 to 27.1) over the five-year span.

However, the report’s authors note, the 2007 survey did not take into account Communication programs, which in 2012 conferred more degrees than the two largest traditional humanities disciplines—English and history-- by a wide margin. The 2012-2013 survey showed that Communication departments attracted an average of 177 majors per department, and conferred an estimated average of 78.1 degrees.

Across all disciplines, a small number of departments that had granted degrees in 2007-2008 were no longer doing so 2012-2013. The greatest declines were in foreign language and literature departments (a loss of 40 degree-granting departments out of 1,250) and the smallest change in the history of science (1 out of 19).

In addition to those departments that lost all degree-granting status, several departments reported the termination of degrees at some level in their programs. Among all disciplines, 6 percent reported the loss of a degree at some level, with a larger proportion of departments at public colleges and universities (8 percent) experiencing such a loss. Foreign language and literature departments saw the greatest losses, with 12 percent of all programs reporting the elimination of either an undergraduate or graduate degree, and 18 percent of foreign language departments at public institutions reporting such losses. These declines include the termination of a degree in one language in a multi-language department.

The 2012-2013 survey, however, did not capture new programs or departments that were created since 2007. Given an overall growth in the number of postsecondary institutions conferring degrees in the humanities over the same time span, the report notes, the net reduction in the number of humanities degree-granting departments may be less pronounced.

Corresponding with these changes, the 2012-2013 survey showed a modest drop in the overall number of humanities faculty members at 4-year institutions, with English departments experiencing the most significant reduction in the average number of faculty members. These numbers, however, do not reflect the numbers of faculty in departments and programs created since 2007, nor faculty members who continued to teach particular subjects after their department lost its degree-granting status, the report notes.

The survey also found that, despite considerable public attention to growing field of digital humanities, humanities departments’ engagement with digital forms of teaching and scholarship remains fairly limited, and differed according to the type of institution.