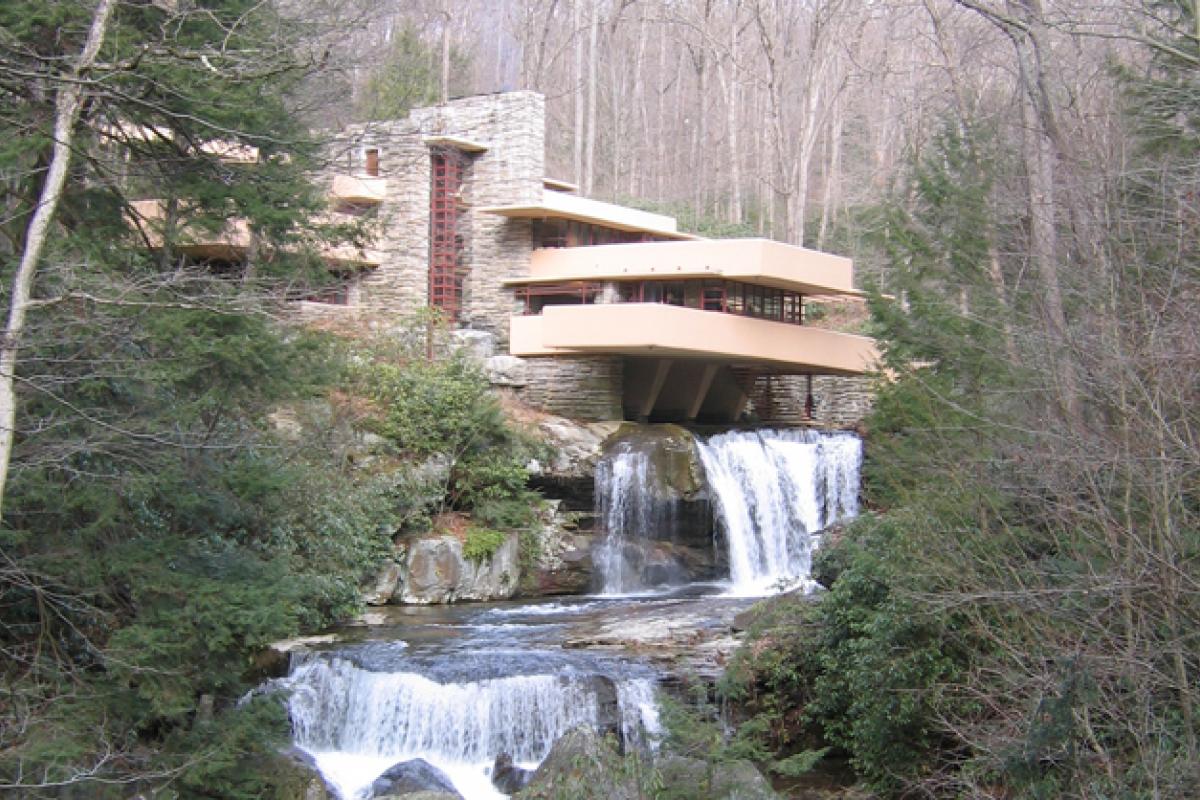 Fallingwater, a tribute to the harmonious relationship between form and function, civilization and nature.

In 1935, Pittsburgh department store owner Edgar Kaufmann, having commissioned the services of architect Frank Lloyd Wright to build a modern retreat in the Allegheny Mountains, pointed to a waterfall on his property and explained to Wright his vision of a house with a view of the falls.

Instead, he got a house directly over it.

The sound of falling water filled the house that later became known as Fallingwater and is representative of Wright’s belief in organic architecture, an architectural style that emphasizes the harmonious relationship between form and function using nature as its guide.

Through the feature, teachers can link to websites that give a biographical overview of the famous architect and his preference for architectural styles that reflect America’s democratic values and ideals. Or use interactive animation to learn more about construction forces and cantilevers .

The feature also situates Fallingwater within a larger architectural framework by linking educators to lesson plans about other significant structures, such as sod houses and Egypt’s pyramids, as well as connecting users to a number of Wright’s architectural drawings and blueprints.