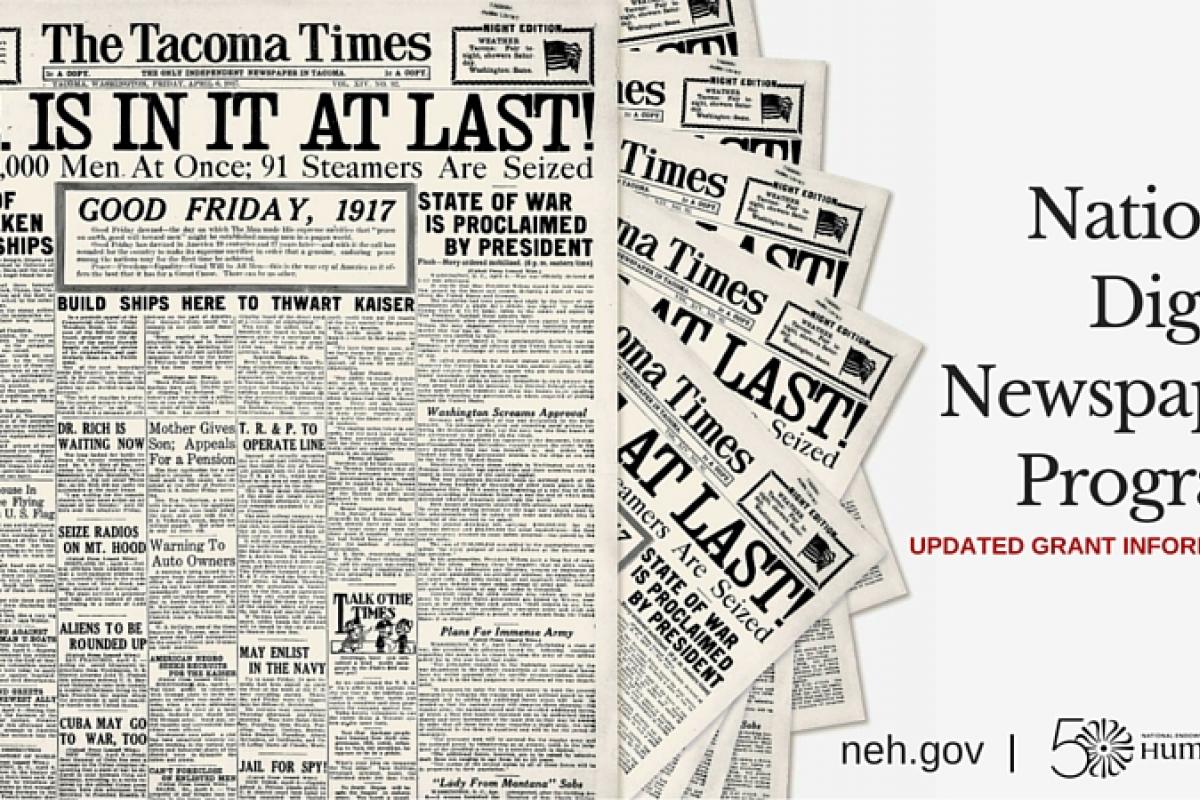 The National Endowment for the Humanities (NEH) and Library of Congress are pleased to announce the expansion of the chronological scope of the National Digital Newspaper Program (NDNP)!

Expanding on our current scope (1836-1922), the program will now begin to allow state partners to digitize historic newspapers from 1690 to 1963.

NEH and the Library of Congress hope that this expansion will further our goal of representing the political, social, economic, and cultural history of every state and U.S. territory in the open access historic newspaper database Chronicling America.  By including the very first American newspapers, we can explore the history of the early days of the republic.  In the twentieth century, the number of newspaper publications exploded and papers themselves grew in both length and scope.  By extending the coverage of NDNP back to 1690 (when Benjamin Harris and Richard Pierce published the first American newspaper in Boston) and forward to 1963, we hope to capture the richness and diversity of our nation’s history.

FUN FACT: In the United States of America in 1774 there were 61 newspapers, in 1909 there were over 17,000 newspapers, and by 1960 there were just over 13,000 newspapers. This data was pulled from the Library of Congress’s newspaper directory and put into a visualization plot by the Rural West Initiative, Bill Lane Center for the American West, Stanford University.

Chronicling America is produced by the National Digital Newspaper Program, a partnership between NEH, the Library of Congress, and state partners.  Over 11 million pages are currently available on the website, with more being added all the time.   The Library of Congress makes this content freely available to the public and permanently maintains the digital information.

NDNP currently has thirty-nine state partners and one territorial partner.  NEH awards enable state partners to select for digitization newspapers representing their states’ historical, cultural, and geographic diversity.  They also contribute rich essays that provide the historical context for each digitized newspaper. Now that Chronicling America includes a far wider range of historic newspapers than previously available, we eagerly anticipate the entry of more states into the Chronicling America family.

This program is managed by the Division of Preservation and Access in partnership with the Library of Congress. You can review NDNP’s guidelines here, but please keep in mind that they have not been updated to reflect the change in chronological scope that is discussed above.