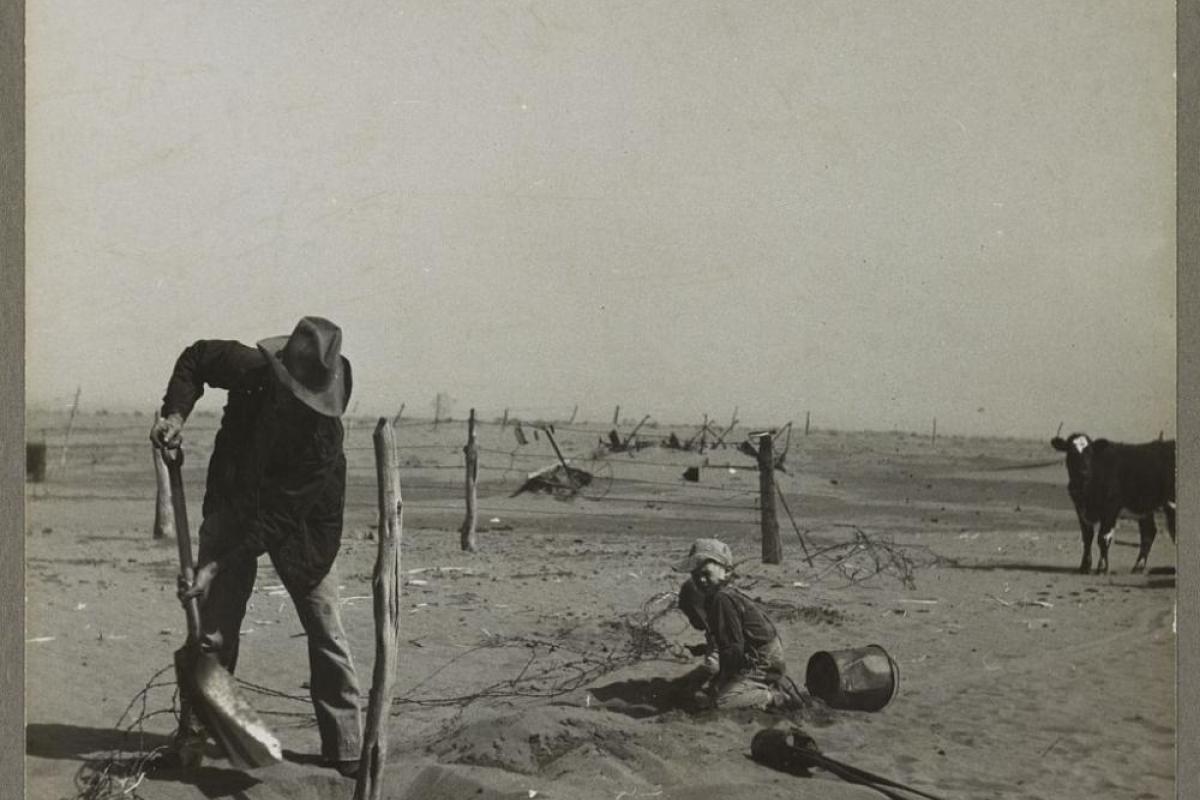 Dust bowl farmer raising fence to keep it from being buried under drifting sand. Cimarron County, Oklahoma by Authur Rothstein, 1936. 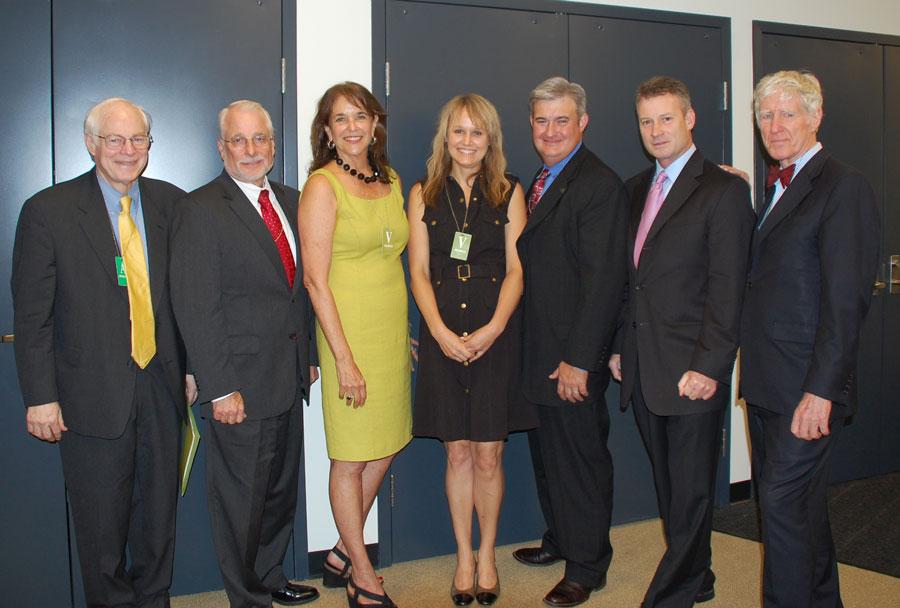 Credit: Lucy Cutrona for the National Endowment for the Humanities

The new Ken Burns film, The Dust Bowl, headlined an "NEH at the White House" event July 26 as prominent panelists discussed the history of what filmmakers call "the worst man-made ecological disaster in U.S. history." The two-part, four hour film chronicles the monumental dust storms and lethal drought that devastated the Southern Plains states for a decade in the midst of the Great Depression. The National Endowment for the Humanities-funded The Dust Bowl premieres on PBS stations across the nation on November 18 and 19th, 2012.

“Given the drought that today besieges a great swath of the corn, soybean and wheat belt, a sense of contemporary tragedy looms over the historical events chronicled in The Dust Bowl,” said NEH Chairman Jim Leach. “Normally, it is positive to suggest that a film is timely. Unfortunately, timeliness in this case has a traumatic dimension.”

The preview screening was followed by a panel discussion moderated by Ann Yonkers, the co-director of FRESHFARM Markets, a nonprofit organization that promotes local produce and farmers' markets; Lester Brown, president and senior researcher for Earth Policy Institute, author or coauthor of more than 50 books and a MacArthur Fellow; Timothy Egan, New York Times Opinionator columnist and author of the National Book Award-winning The Worst Hard Times; and Clay Pope, a sixth generation Western Oklahoma farmer who is the executive director of the Oklahoma Association of Conservation Districts.

The dust bowl "story is not over yet," Brown said.  "We think it is part of our history, but it is our past, our present, and our future.  We don’t know if this an isolated problem this year, or something we’ll have to contend with in the long term. . . . The policies that will impact these problems are not agriculture policies, but population policies, and energy policies.

"More and more the agricultural system and the climate systems are out of sync.  We haven’t faced this and we don’t know how to face this challenge."

The Dust Bowl is a powerful film that does what filmmaker Ken Burns, producer of The Civil War, Baseball and Jazz, does best. It captures an epic historical event by bringing to life the smaller human stories that make it real, according to Karen Mittelman, director of the NEH Division of Public Programs. The Dust Bowl is co-produced with Dayton Duncan and Julie Dunfey.