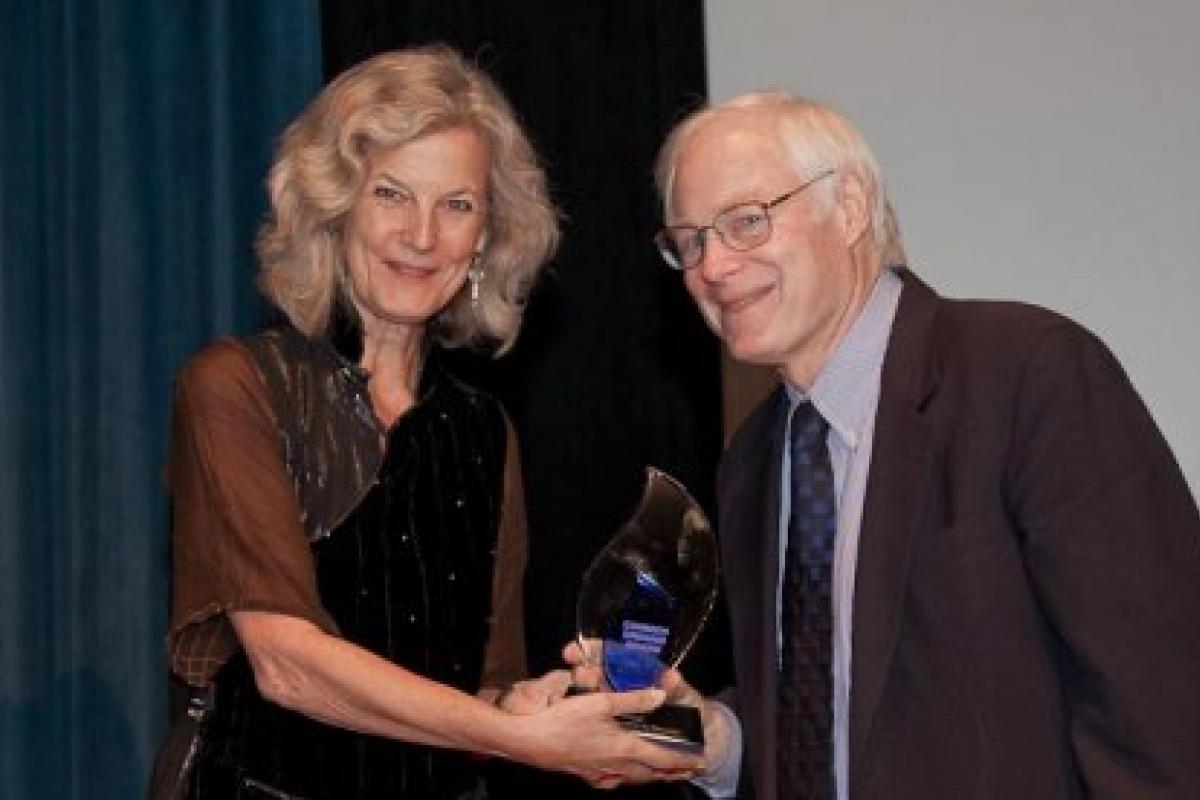 This month, National Endowment for the Humanities Chairman Jim Leach participated in several events related to his 50-state Civility Tour initiative and the NEH’s work with state humanities councils. Among other activities, Chairman Leach was honored with a 2010 Common Ground Award, opened a Literature & Medicine conference on humanities-based approaches to treating trauma, and discussed civility at the Chicago Humanities Festival.

On November 11th, Chairman Leach received a 2010 “Common Ground Award” in recognition of his attempts to bring together political leaders, students, academics, and the public to discuss the need for civility in public discourse as part of his 50-state Civility Tour. Issued by Search for Common Ground, an organization that advocates collaborative solutions to problems, these awards are presented annually to honor outstanding accomplishments in conflict resolution, negotiation, or peace building. Chairman Leach was honored alongside awardees such as the South African 1995 Springbok Rugby Team (for inspiring unity through the power of sports), Eboo Patel, founder of Interfaith Youth Core (for building a global interfaith youth movement), and Center Rock Inc. (the drilling company whose efforts enabled the rescue of 33 trapped Chilean miners) at a ceremony at the National Geographic Society in Washington, D.C.

The following day Chairman Leach welcomed health care workers to After Shock, a conference on applying the lessons of literature to treating wounded veterans and others who have experienced trauma. Organized by the Maine Humanities Council with support from NEH, the two-day event focused on the insights humanities offer caregivers—including how stories may be used to comfort those who have experienced loss or how poetry may help medical professionals counter feelings of burn-out.

At the opening of the conference on November 12th at the Mayflower Renaissance Hotel in Washington, D.C., Chairman Leach commended the initiative and innovation of the Maine Humanities Council, which 13 years ago piloted a program that brought nurses, doctors, and hospital administrators together to read texts on sickness, loss, and trauma as a starting point for discussing the challenges of care-giving. These discussion groups grew into a national Literature & Medicine program, replicated in 25 states, including in 14 Veterans Administration medical centers, with the help of state humanities councils and NEH.

That weekend, Chairman Leach visited Chicago, Illinois as part of his national Civility Tour. During his visit, the Chairman spoke on “Civility in a Fractured Society” at a reception at the Fortnightly of Chicago and joined Morton Schapiro, the president of Northwestern University for a discussion on November 14th at the Chicago Humanities Festival on “Civility and the Body Politic” — a conversation on the continuing relevance of the humanities and its critical role in modern society and the body politic. (November 19, 2010)