Change in America? "Come Walk in My Shoes" 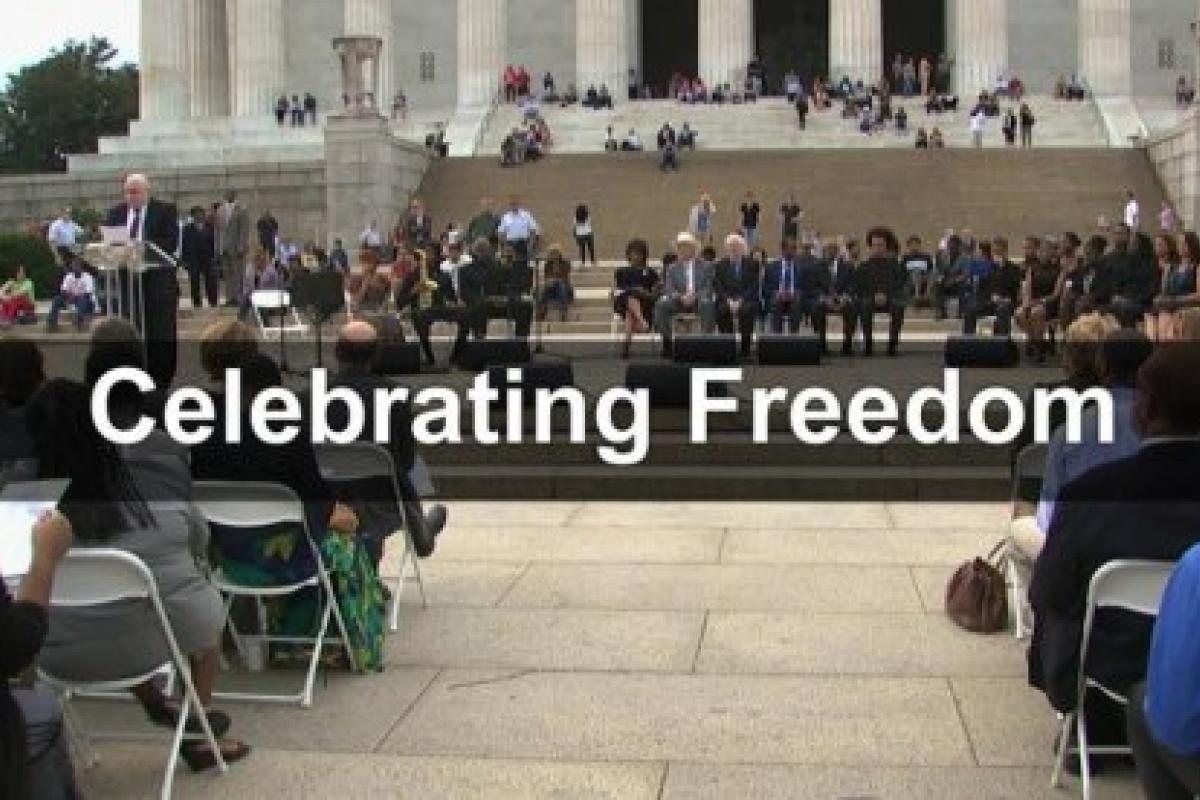 "Freedom, true freedom, will never be free," said Rep. John Lewis yesterday as he joined the National Endowment for the Humanities (NEH) and Howard University at the 150th anniversary of the issuance of the Preliminary Emancipation Proclamation.

"It will always be a constant struggle" but never say that  change can't occur, he said.  For proof, "come walk in my shoes."

Rep. Lewis, one of the original 13 Freedom Riders, architect of the 1963 March on Washington, leader of the first 1965 Selma March, and Presidential Medal of Freedom winner, said that the hateful signs he saw growing up as a child in Georgia are gone.  The only place they are visible is in books, museums and on video.    "We are one," he said. Americans are "inextricably tied to one another."

Freedom is the struggle of a lifetime, of many lifetimes, Lewis said.

Lewis spoke after Oscar-nominated actress Alfre Woodard read from Incidents in the Life of a Slave Girl.Actor Tyree Young delivered excerpts from My Bondage and My Freedom by Frederick Douglass. Howard University’s Afro Blue jazz vocal ensemble sang "Lift Every Voice and Sing."

The event on the steps of the Lincoln Memorial marked the week when President Abraham Lincoln announced his intention to free the slaves in the Confederacy on January 1, 1863.

The Lincoln Memorial performance was the culmination of NEH’s Emancipation Nation commemoration of the sesquicentennial of Abraham Lincoln’s  Preliminary Emancipation Proclamation.   Watch Howard University students, faculty, administrators and friends performing and speaking in the video below.

In conjunction with the Emancipation Nation events, NEH is sponsoring a student contest for young people 18 years of age or older to submit essays or other original works based on documents presented in two NEH-funded digital projects: The Freedmen and Southern Society Project and Visualizing Emancipation. Winners will receive cash prizes and a trip to Washington. For details about the contest, please see: http://emancipation.neh.gov/student-contest/.

The Emancipation Nation program coincided with Constitution Day. In 2004, Congress declared September 17 as Constitution Day, mandating that all federally funded educational institutions study the U.S. Constitution. The Preliminary Emancipation Proclamation is a key moment in the process that led to the adoption of the Thirteenth Amendment, which outlawed slavery.