A Century of Commerce 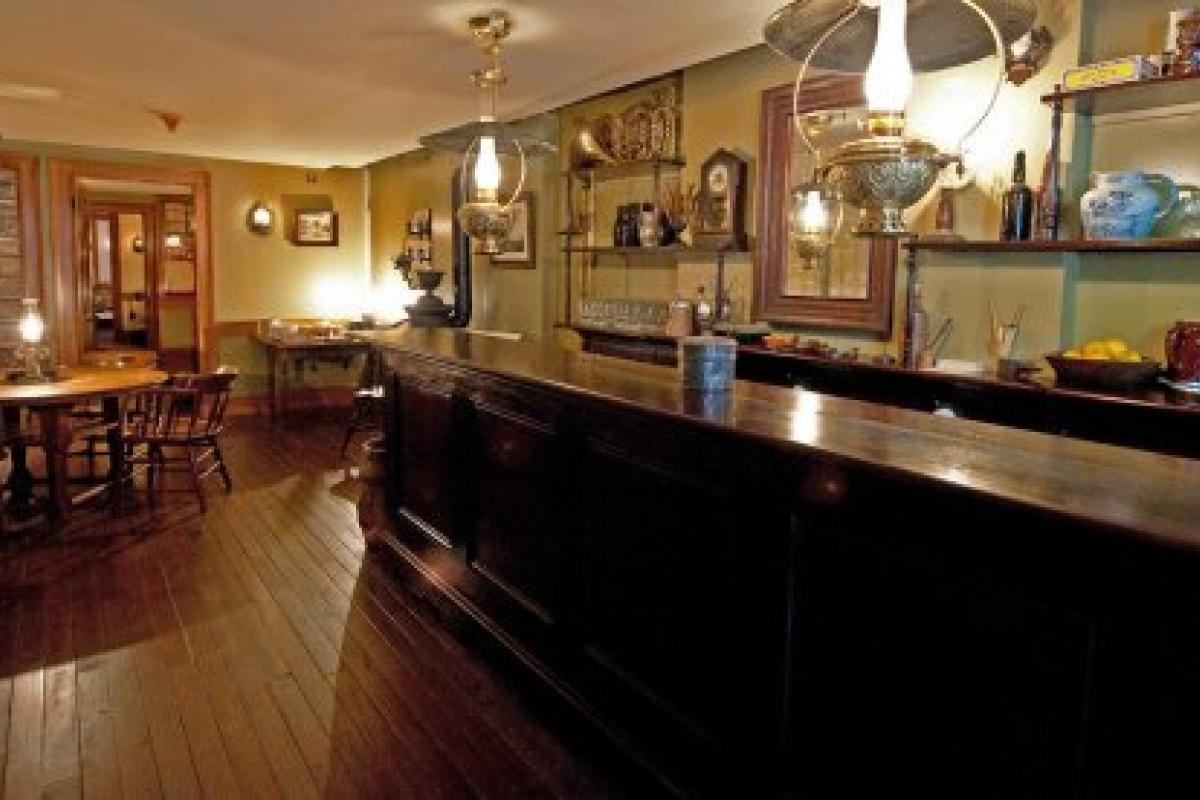 97 Orchard Street in New York’s Lower East Side has always been a hive of entrepreneurial hustle and bustle. In the 1870s, when the neighborhood was known as Kleindeutschland, the basement of the five-story brick tenement was home to Schneider’s Lager Beer Saloon, operated by German immigrants John and Caroline Schneider who lived in a bedroom adjoining the beer hall’s kitchen. By the turn of the 20th century the saloon had given way to Israel and Goldie Lustgarten’s kosher butcher store, which catered to the new waves of Eastern European Jews who settled in the area. In the 1930s Max Marcus weathered the Depression by turning the storefront into a distressed goods auction house. And in the 1970s the tenement —now in the heart of New York’s “bargain district”— held a discount undergarment shop.

The storefront businesses that once operated here have been carefully recreated in Shop Life, a new exhibit at the Lower East Side Tenement Museum that offers a glimpse of the daily lives of the generations of immigrants who shopped, congregated, and made their livelihoods in these spaces. Supported by grants from the National Endowment for the Humanities, Shop Life examines a century of commercial activity and the ways in which immigrant shopkeepers introduced practices and customs that challenged, accommodated, and helped reshape American society. Visitors to the museum take a guided tour through these small businesses—presented through historical artifacts and multi-media displays—learning, for example, how saloons like Schneider’s upset prevailing American social norms by encouraging men and women to socialize in public settings, or about the 1902 New York City kosher meat boycott that resulted in a smashed window at the Lustgartens’ butcher store.

This immersive exhibition was honored on May 19th by the American Alliance of Museums with a Gold Medal in Multimedia Installations as part of the 2013 MUSE Awards. The annual MUSE Awards recognize excellence in museum media and the creative uses of digital media to enhance the museum experience and engage audiences.

Two other NEH-funded exhibitions also received MUSE awards. The University of Pennsylvania was awarded both a Silver award in the Interactive Kiosks category and a Bronze award for the NEH-supported Maya 2012: Lords of Time, a traveling exhibition that uses recent archeological discoveries from Copan, Honduras to explore ancient and modern Maya culture and its conceptions of time.

The National Building Museum in Washington, DC and Local Projects LLC also received an honorable mention in the Multimedia Installations category for the video “Welcome Home,” a two-screen display commissioned for the NEH-supported House & Home exhibition. Currently on display at the National Building Museum, House & Home uses photographs, models, objects and films to tell the history of the American home.

A complete list of all 2013 MUSE Award winners is available here. 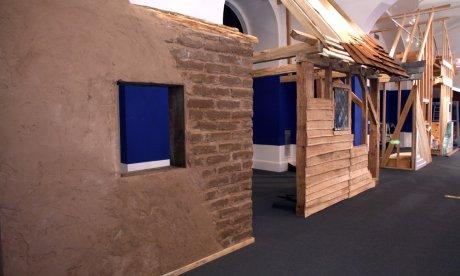 Installation photo showing some of the life-size, touchable wall sections from House & Home