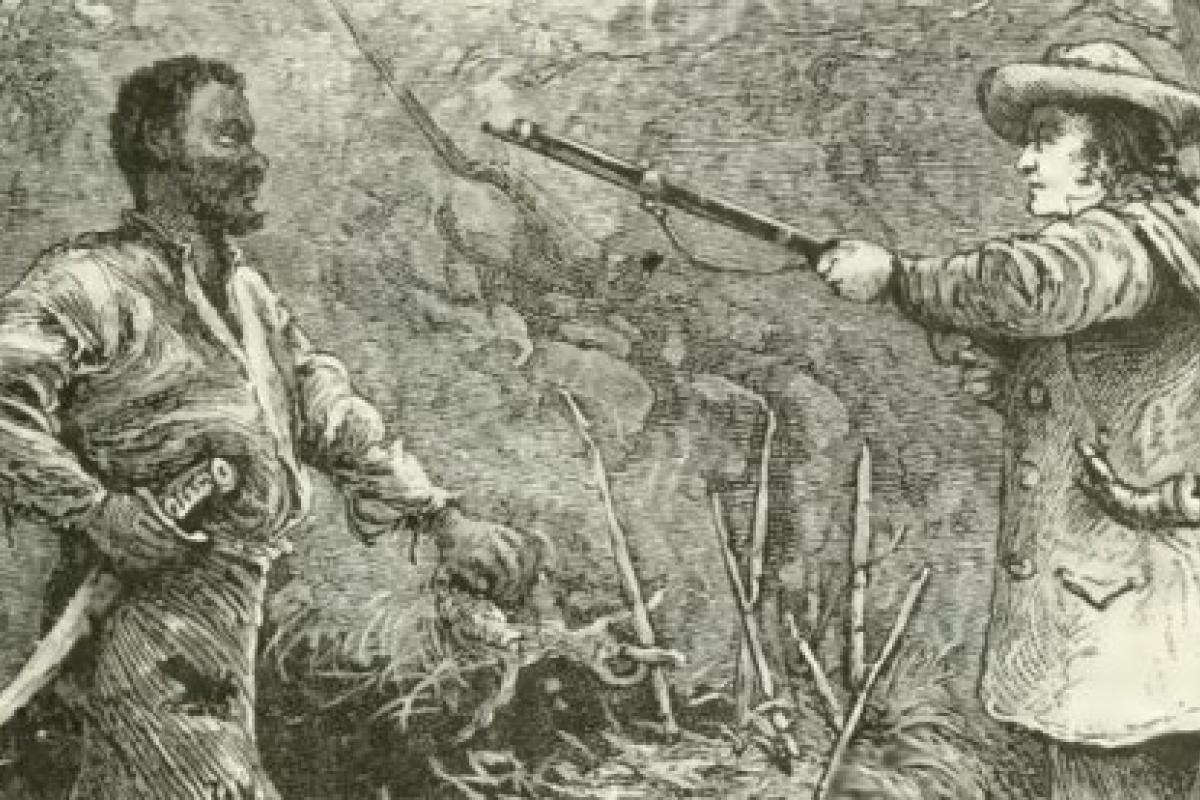 As the United States expanded westward in the nineteenth century, incorporating new states from the territories, passionate debates arose over the expansion of slavery.  Southern planters and politicians argued that new states should allow the “peculiar institution” to flourish, while an increasing number of Northerners sought to restrict and overturn slavery through vocal appeals to universal values of equality and freedom.

Slaves themselves resisted their bondage where feasible, using tactics ranging from sabotage to arson to outright rebellion. One such figure was Nat Turner, a slave in Southampton County, Virginia, who in 1831 led the most violent and deadly slave revolt in the history of the country. Turner and his band of escaped slaves and free blacks first murdered his master Joseph Travis and the Travis family, and then set out across the countryside, attacking plantations and homes and killing more than fifty people, including women and children.

Turner’s actions shocked Southerners and triggered a massive armed and political response; Turner and his band were captured and executed, and Virginians took to the streets with acts of mob violence against hundreds of blacks. Additionally, new state laws were passed further restricting the movement, assembly and education of slaves, inflaming abolitionist anger and setting the stage for even bloodier regional and national tensions. Read Nat Turner’s confession, and learn more about the actions of slaves, fugitives, abolitionists, activists and others in the antebellum period at EDSITEment.neh.gov, NEH’s educational website for teachers and students of all ages.