20 NEH-Funded Films To Watch This Summer 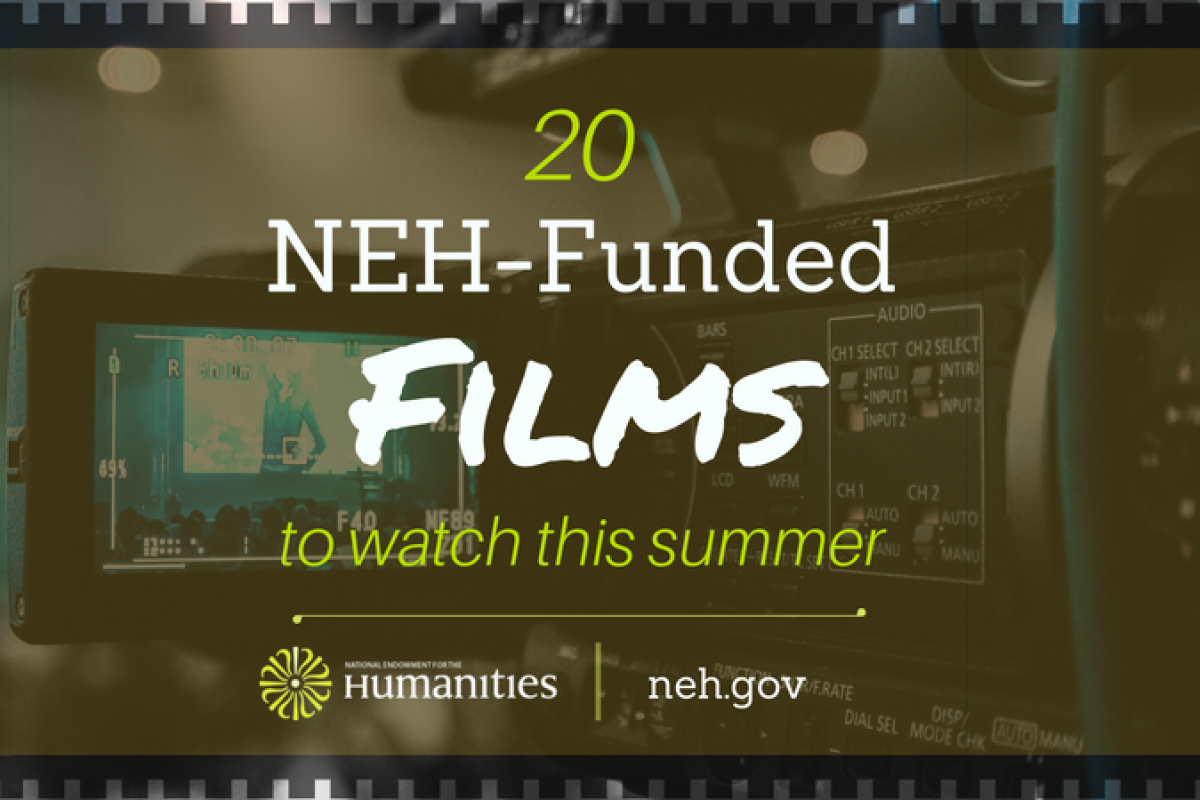 1-5) Created Equal is a set of four films designed to cinematically recreate the civil rights movement in America. The four films, The Abolitionists (2013), Slavery by Another Name (2012), Freedom Riders(2011), and The Loving Story (2011), can be used in tandem with several community and classroom programs. A fifth installment of Created Equal, Freedom Summer, was released in June 2014.

6) The Roosevelts: An Intimate History (2014) chronicles the lives of Theodore, Franklin, and Eleanor Roosevelt, three members of the most prominent and influential family in American politics.

7) The Buddha (2010) is a documentary directed by David Grubin and narrated by Richard Gere. The film follows the story of the Gautama Buddha's life and discusses the history and teachings of Buddhism.

8) No Job for a Woman (2007) follows AP reporter Ruth Cowan, who risked her life in North Africa; magazine reporter Martha Gellhorn, arrested for reporting from the D-Day invasion, and Dickey Chapelle, an award-winning photographer whose career stretched from World War II to Vietnam.

9) Superheroes: A Never-Ending Battle (2013) is the first documentary to examine the dawn of the comic book genre and its powerful legacy, as well as the evolution of the characters who have leapt from the pages over the last 75 years and their ongoing worldwide cultural impact.

10) Latino Americans (2013) is a landmark six-hour documentary featuring interviews with nearly 100 Latinos and covering more than 500 years of history.

11) Rising Voices/Hótȟaŋiŋpi (2016) chronicles the efforts of the Lakota people to teach and preserve the Lakota language.

12) 1913: Seeds of Conflict (2015) is a documentary that explores an overlooked moment in pre-WWI Palestine when Jewish, Muslim and Christian communities intermingled freely, and few could contemplate the conflict that would engulf their region for the next century.

13) Walt Disney (2015) was uniquely adept at art as well as commerce, a master filmmaker who harnessed the power of technology and storytelling. This film examines Disney's complex life and enduring legacy.

14) August Wilson: The Ground on Which I Stand (2015) follows August Wilson’s unprecedented playwriting career, from the founding of the Black Horizon Theater in Pittsburgh to his seminal 10-play cycle chronicling each decade of the 20th-century African-American experience.

15) Tribal Justice (2017) shows how two Native American judges reach back to traditional concepts of justice in order to reduce incarceration rates, foster greater safety for their communities, and create a more positive future for their youth.

17) The Jazz Loft According to W. Eugene Smith (2015) takes viewers inside the New York City loft where dozens of jazz musicians jammed night after night during the late 1950s and early 1960s.

18)  Bridging the Divide: Tom Bradley and the Politics of Race (2015) shows how Bradley brought together people of various races and ethnicities as the mayor of Los Angeles.

19) The Rape of Europa (2006) tells the epic story of the systematic theft, deliberate destruction, and miraculous survival of Europe's art treasures during the Third Reich and the Second World War.

20) Colliding Dreams (2016) is a feature-length documentary on the history of Zionism.  The film is a dramatic exploration of the dream of a Jewish state and its impact on both Jews and Arabs.