Rajneeshpuram Was More than a Utopia in the Desert. It Was a Mirror of the Time.

The Rise and Fall of “Zorba the Buddha” in Oregon. 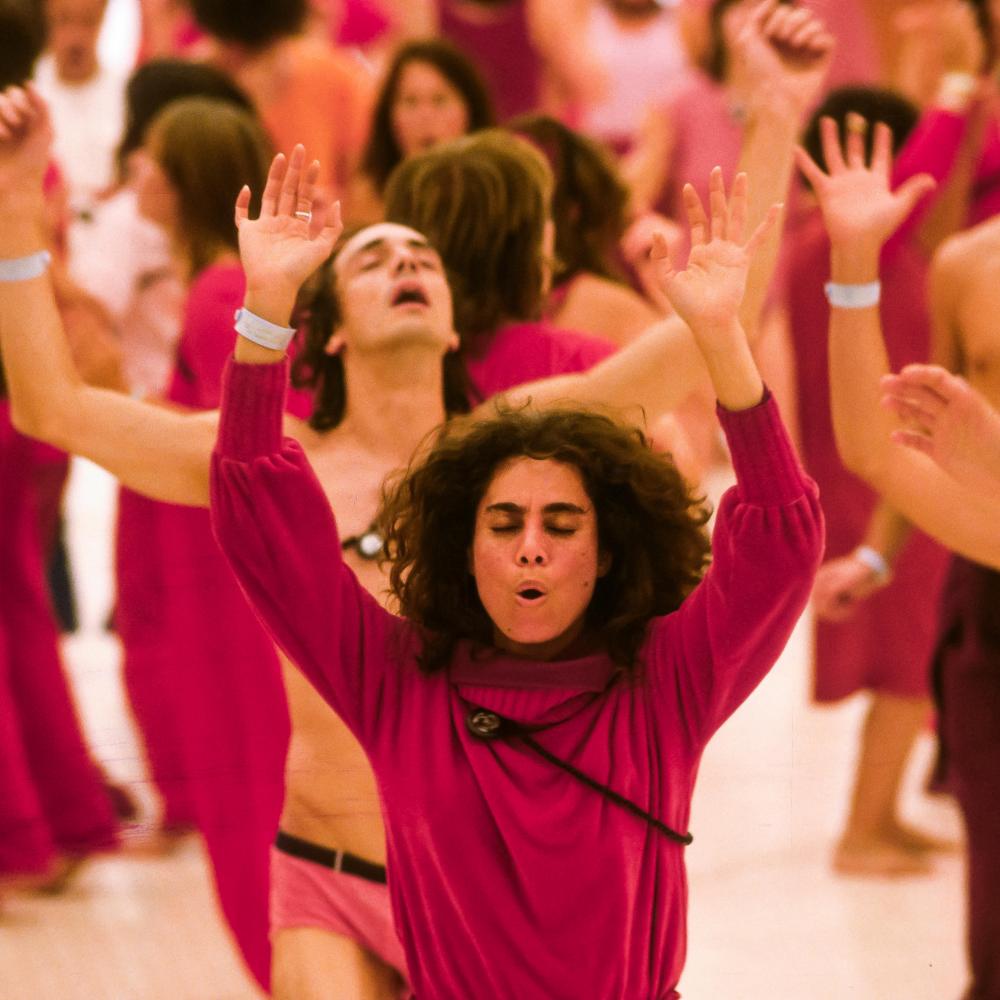 Rajneeshees, followers of Bhagwan Shree Rajneesh, participate in a Dynamic Meditation in 1982.

The rapid rise and sudden collapse of Rajneeshpuram in central Oregon during the 1980s is surely one of the most remarkable tales in American religious history. Named after the iconoclastic Indian guru, Bhagwan Shree Rajneesh (aka Osho, 1931–1990), Rajneeshpuram was a wildly creative religious community that brought together thousands of young devotees from all over the world to create a kind of free-love, New Age utopia in the Oregon desert. Far ahead of its time in the use of organic farming, recycling, and the blending of Eastern and Western spirituality, Rajneeshpuram was—initially, at least—an astonishingly successful social and religious experiment that attracted thousands of visitors and generated millions of dollars in income. 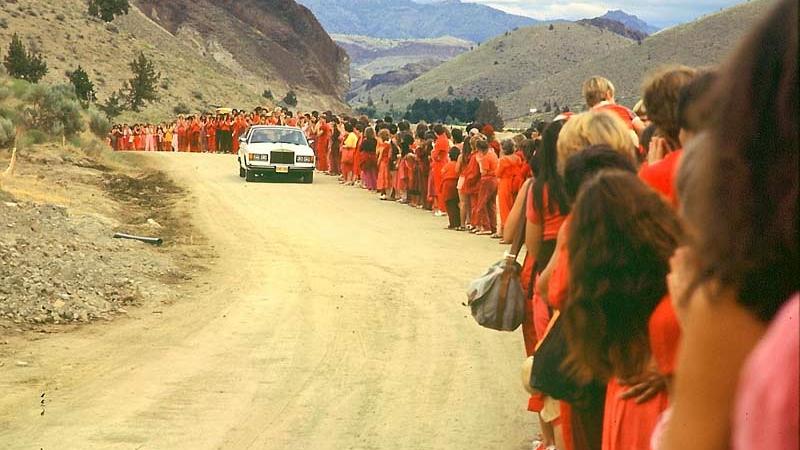 Bhagwan Shree Rajneesh drives by his followers at Rajneeshpuram in one of his many Rolls Royces in 1982. 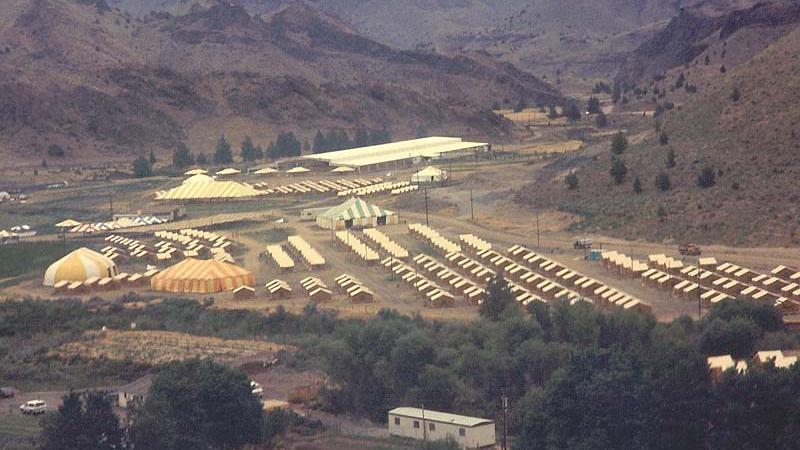 A festival held at Rajneeshpuram in 1983. The A-frame tent structures on the right were described as temporary housing by Rajneeshpuram, but they were wired for heat and electricity.

Yet within just a few years, the movement went quickly off the rails and finally collapsed amidst a stunning array of criminal activities. These included one of the largest wiretapping operations in U.S. history, the largest immigration fraud ever recorded, and—most shockingly—the largest bioterrorist attack on American soil, which involved the spread of salmonella bacteria to salad bars and produce stands throughout The Dalles, Oregon.

Most Americans today probably only remember Rajneesh as the “sex guru” and the “guru of the rich,” most infamous for his sex-positive teachings and his fleet of 93 Rolls Royces. However, as I have argued in my recent book, Zorba the Buddha, Rajneesh and his movement represent something far more significant than just another curious anecdote from the Reagan era. Rather, they provide a critical window onto some of the most important religious, economic, and political trends of the past 50 years, highlighting the complex transnational flows between India and the United States and the strange spiritual logic of global capitalism.

This spring, Rajneesh and his fascinating religious experiment have also been brought back to public attention through the new Netflix series Wild Wild Country. Directed by the brothers Maclain and Chapman Way, the series blends vintage film clips with personal accounts and contemporary recollections from members, local residents, and journalists. Much of the narrative is retold by Ma Ananda Sheela (born Sheela Patel), who served as Rajneesh’s personal secretary and orchestrated most of the criminal activities carried out during the Oregon phase.

The filmmakers, apparently, tracked Sheela down in the forests of Switzerland, where she had relocated after serving 29 months in prison for her involvement in the crimes at Rajneeshpuram. Sheela’s account is supplemented and also complicated by a range of other perspectives drawn from local citizens, former members, and law enforcement officials that paint a complex and generally sympathetic portrait of one of the most controversial, and at times simply baffling, religious experiments of the past 50 years.

The six episodes trace the development of the movement from India in the 1970s to the final collapse of the Oregon ranch in 1985. In the first episode, we see early footage from the first ashram in Pune, India, which was a vibrant, wildly eclectic community that combined elements of Western psychology and encounter groups with various forms of Eastern spirituality. The directors intersperse footage of Rajneesh’s early lectures—known for their iconoclastic and irreverent rhetoric—with reflections from Sheela and other early followers, who try to explain the powerful charisma of the guru and his hypnotic appeal to so many young Westerners at the time.

The second episode recounts the move to America, the establishment of the new Rajneesh movement in Oregon, and the first conflicts with the local residents of the small retirement community of Antelope. In the third episode, the film examines the growing influence of Sheela in the community and the Rajneeshees’ attempts to sway the elections in Wasco County. These efforts included the infamous “Share a Home” program, through which thousands of homeless people from all over the U.S. were bused onto the ranch and registered to vote—a fairly transparent effort to swing the elections in favor of Rajneeshpuram. The fourth part then delves into the truly bizarre and violent phase of the community, which culminated in the spread of salmonella bacteria at various sites in The Dalles in an attempt to suppress voter turnout among the growing number of critics of the movement. The largest act of bioterrorism in American history, the salmonella attack sickened over 700 people and was, apparently, only a dry run for an even more ambitious plan to poison the city’s entire water supply.

In part five, we follow the growing split between Rajneesh and Sheela over these increasingly radical activities, which had also attracted the attention of the FBI and the state attorney general. And finally, in part six, the series examines the collapse of Rajneeshpuram, as Bhagwan himself fled the ranch, and Sheela and several cohorts were arrested in Germany, facing a staggering array of criminal charges.

Perhaps the most powerful, original, and effective feature of Wild Wild Country is its use of vintage footage to capture the intensity, dynamism, and often sheer weirdness of Rajneeshpuram. Like other outstanding documentaries, such as Jonestown, produced by PBS’s American Experience, Wild Wild Country uses no narrative voice-over but instead allows the original footage to tell the story, which is for the most part extremely effective. The series also does an admirable job of recounting the story—with all of its criminality and violence—in a balanced way that helps the viewer empathize with both sides in the conflict. More than just another cult that went off the deep end, Rajneeshpuram is portrayed as an innovative religious experiment that was also subjected to xenophobia and intolerance by the local Oregon residents. The resulting conflict was thus a kind of mutually reinforcing spiral of mistrust, paranoia, and hostility on both sides that very quickly spun wildly out of control.

Despite its entertaining, provocative, and sometimes jaw-dropping narrative, however, Wild Wild Country does have some significant weaknesses that will be evident to anyone trained in the humanities. The most pronounced of these is a general lack of attention to the specifically religious nature of Rajneesh’s teaching (or more accurately, what he called a kind of “religionless religion”). Despite some efforts to describe his philosophy and some of the group’s practices in the first episode, the film does not give the viewer much idea of what was so compelling about this particular guru. Why, we are left wondering, did thousands of people in India, Europe, and the United States find this eccentric teacher so persuasive that they would follow him half way around the world and build a utopian commune around him? Despite his many flaws, Rajneesh did craft an original synthesis of Eastern thought (particularly Buddhism) with key aspects of post-Freudian psychoanalysis and a powerful message of sexual liberation. In addition to missing the powerful appeal of Rajneesh’s iconoclastic philosophy, the film also overlooks his keen, biting, often merciless sense of humor. Rajneesh’s satirical wit and his often hilarious critique of the hypocrisy of mainstream religious and political institutions was surely a major part of his appeal—not just in the 1970s and 1980s, but still today, as his many books and videos continue to be hugely popular throughout the world.

The series fails to place this movement in the larger historical context. The story of Rajneeshpuram ultimately extends well before and long after the brief experiment in Oregon. It is impossible, for example, to understand the success of this movement without situating Rajneesh in the context of India during the late 1960s, as thousands of young hippies were beginning to flood into the country in search of quick enlightenment and/or cheap drugs, while also mixing in their own ideas drawn from Western psychology and the sexual revolution. Rajneesh himself was also an outspoken social and political critic, attacking the socialist policies of Nehru and the religious prudery of Gandhi, while also calling for India to open its doors to Western capitalism. The move to Oregon was thus a fulfillment of his larger ideal of wedding East and West—what he called “Zorba the Buddha”—by bringing together the spirituality of the Buddha with the materialism and sensuality of Zorba the Greek. In this sense, Rajneesh was really one of the first truly “global gurus” of the modern era, tracing a complex circuit from India to the U.S. and back again, while also synthesizing Eastern philosophy with American-style capitalism.

If the series had been able to capture more of this broader historical and religious context, the viewer might understand this movement as something more than just another oddball cult that popped up during the Reagan era. Instead, it might be seen as a powerful reflection—indeed, even a microcosm—of much larger spiritual, economic, and global trends over the past five decades.

Hugh Urban is professor of religious studies in the Ohio State University’s Department of Comparative Studies.

Hugh Urban received a $25,200 research fellowship in 2013 from NEH to study the life, teachings, and religious following of Indian mystic Bhagwan Shree Rajneesh. Urban’s work resulted in his book Zorba the Buddha, published in 2016 by University of California Press.

This article is available for unedited republication, free of charge, using the following credit: “Originally published as "Rajneeshpuram Was More than a Utopia in the Desert, It Was a Mirror of the Time" in the Spring 2018 issue of Humanitiesmagazine, a publication of the National Endowment for the Humanities.” Please notify us at @email if you are republishing it or have any questions. 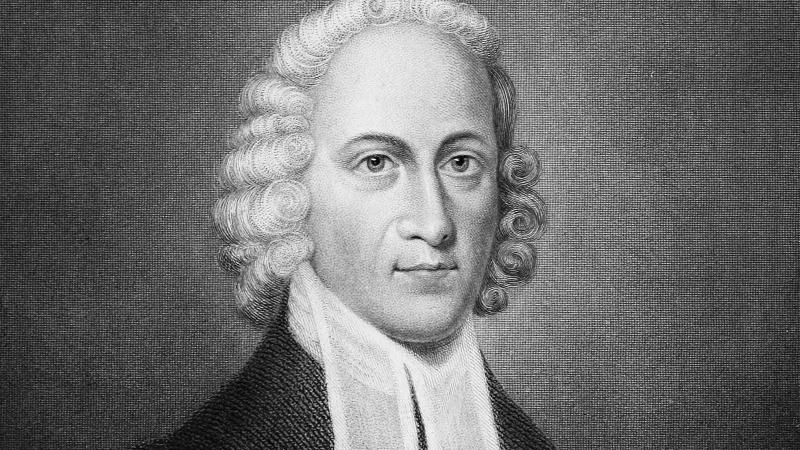 Jonathan Edwards in a New Light: Remembered for Preaching

New England's most famous preacher and the Great Awakening.