“I dropped a whole line! So many things to keep in mind when setting type.” So many things, indeed, like leading, registration, point size, font, kerning, and inking the six cylinders of the press, which you operate with a foot pedal and crank. Then you watch as the sheet is rolled through and carried along the bed, then rolled out and unclamped. Voilà.

This was a letterpress demonstration on September 15 in the basement of the Alderman Library on the campus of the University of Virginia, Charlottesville, where panels, demonstrations, and screenings are occurring during Human/Ties. The conference is both a four-day investigation of how the humanities help us address the most pressing social questions of our time and a closing celebration of the 50th anniversary year of the National Endowment for the Humanities.

On view as well were selected items from the teaching collections of the Rare Book School. With a loupe in hand, we learned how to tell if an Audubon print was an original or not, learned some of the basics of eighteenth-century papermaking, and followed the steps of bookmaking and the application of gold ornamentation to spine and cover.

But working the letterpress and setting type were the most hands-on and the most gratifying. Setting lines letter by letter upside down and leading them out—setting in slivers of lead to separate lines—gives you an appreciation for how much care and labor went into every printed book from Gutenberg up till the advent of linotype in the late nineteenth century. “Why were there typos in Shakespeare?” Jeremy Dibbell of the school asks us as he’s searching through for the right letter in a California Job Case—it holds all the lower and upper case letters, numbers, and symbols—for a line he’s setting. ”You know better how that happened by knowing the process.”

Letterpress is used today mostly for fine work on broadsides and posters. Because of its size, larger display type was often carved from wood blocks (instead of being made from cast metal) to make the individual letters easier to handle. For the broadside we worked on at the demonstration, we chose Baskerville for display and Caslon for the body type, two fonts that elegantly present the remarks delivered by President Lyndon B. Johnson at the signing of the National Foundation on the Arts and the Humanities Act of 1965.

Human/Ties is a celebration of the 50th Anniversary of the National Endowment for the Humanities. From September 14-17, some of America’s leading thinkers are gathering at the University of Virginia, Charlottesville, for lectures, panel discussions, performances, film screenings, interviews, and art exhibits. Human/Ties is sponsored by the University of Virginia, the National Endowment for the Humanities, the Andrew W. Mellon Foundation, and numerous other partners. 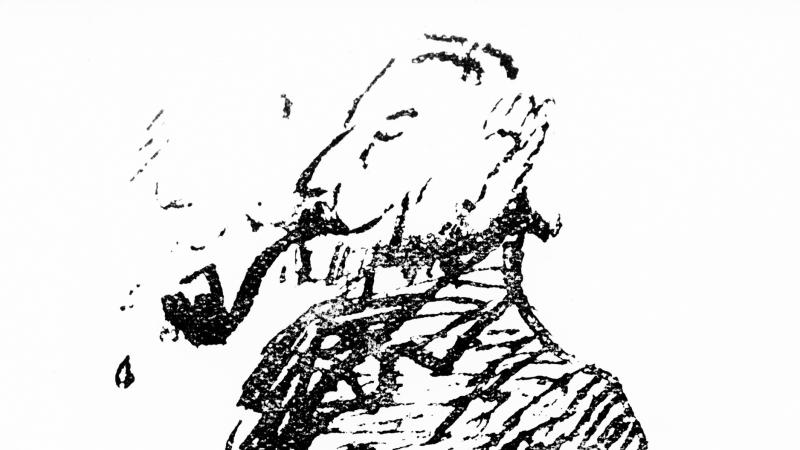