50 Years of the National Council on the Humanities

The National Council on the Humanities is charged with a lofty mission. 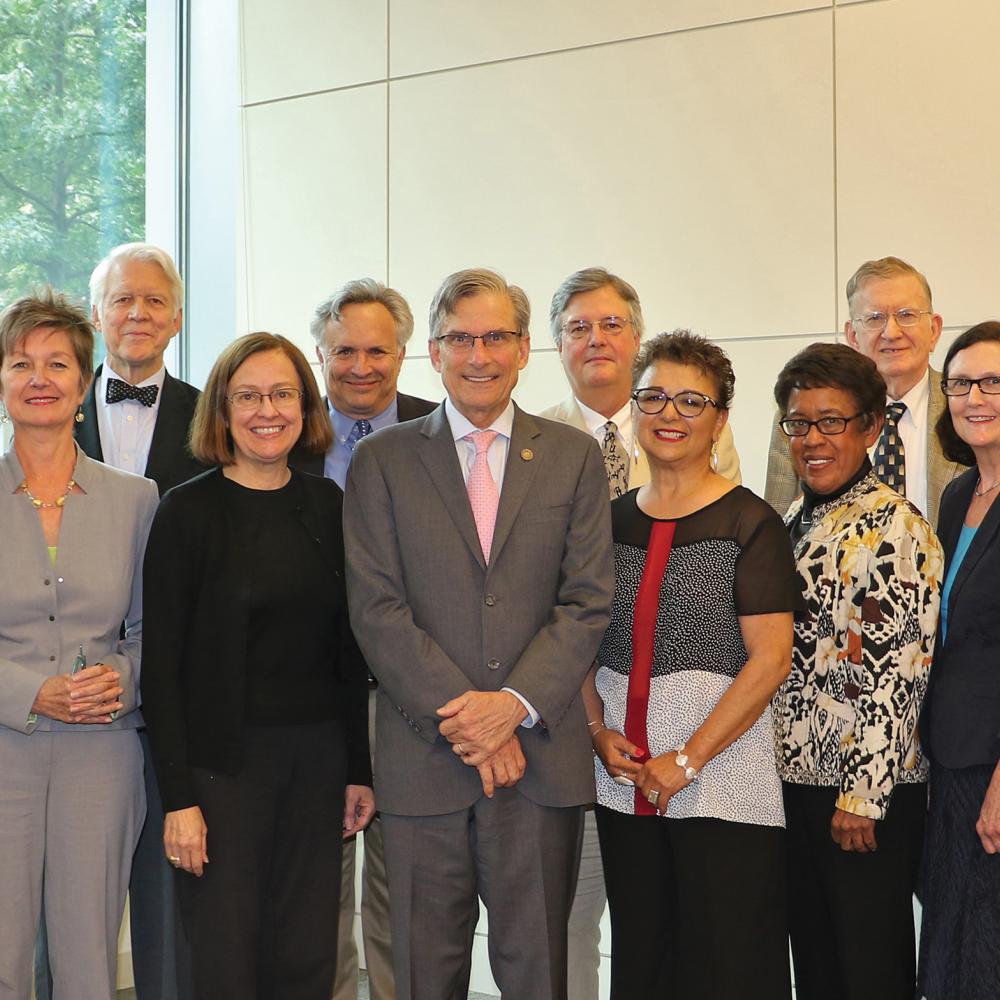 Twenty-two Americans, including famed architect I. M. Pei, made their way into the White House on the morning of March 3, 1966. They were part of the first class of the twenty-six-member National Council on the Humanities, appointed by the president and confirmed by the Senate, and charged with advising NEH Chairman Barnaby Keeney on the funding of grant applications.

As President Lyndon B. Johnson swore them in, he referred to John Adams, who had stated that he had to study politics and war so his sons could study mathematics and philosophy, so their sons would have the liberty to study music, literature, and art. “In a world that is very thirsty for genius, we must study all of these things at once if we are to produce a culture which comes anywhere near matching our wealth,” said Johnson. To the new council members, he directed, “We have looked throughout America and selected you as members of this council to lead the attack on the poverty of man’s spirit.”

Since then, the National Council on the Humanities has met 186 times, while considering approximately 280,000 grant applications and recommending more than 63,000 for funding. The council also has helped select forty-four Jefferson Lecturers and recommended recipients of the National Humanities Medal and its previous incarnation, the Charles Frankel Prize. There have been 243 private citizens to serve staggered six-year terms, coming from all over the country and working in all walks of the humanities—academia, business, and public institutions such as museums and libraries. Their ranks have included many distinguished names, such as Elizabeth Fox-Genovese, John Hope Franklin, Ed Ayers, and Condoleezza Rice, when she was a political science professor at Stanford.