Iowa reporters bring news of the front to audiences at home during World War II. 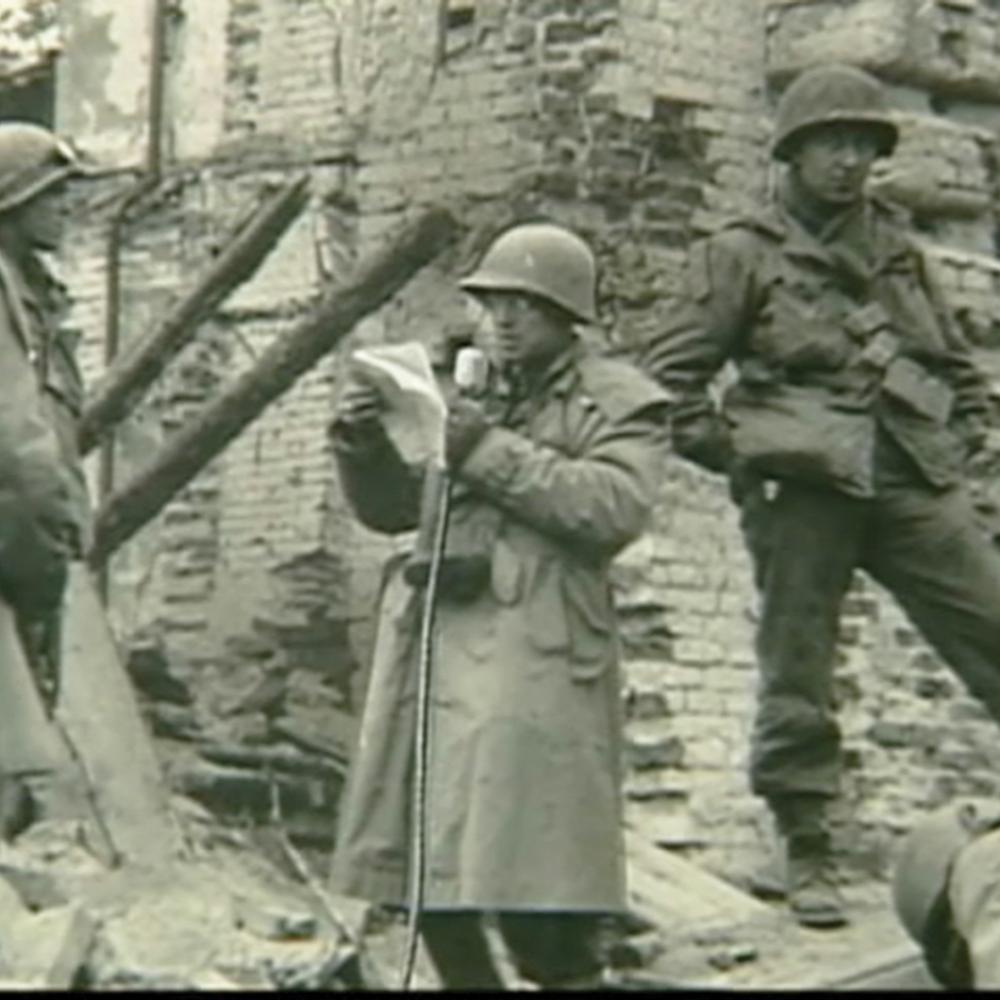 Over the shriek of whistles, the drone of plane engines, and the crackle of a shortwave military radio, Jack Shelley, reporting from the Forest of Ardennes, described the Battle of the Bulge to Americans in the Midwest tuned into WHO Radio.

The battle had begun on December 16, 1944, pitting the ground with foxholes and shattering the snow-laden pines. “There is almost insupportable shock at the sight of red against that white snow,” Shelley said in conclusion of his nine-minute report. “Because there’s only one way how that red stain got there.”

World War II, unlike its predecessor, was broadcast via radio, says historian Jeff Stein, who created and produced the documentary From the Battlefront to the Homefront with funding from Humanities Iowa. It received top awards for public affairs and for an in-depth series from the Iowa Broadcast News Association. The documentary—in both audio and video formats—follows a half-century of Iowa broadcasters who brought news of area soldiers back to their loved ones.

“To hear Jack Shelley or Herb Plambeck do a report and say, ‘I saw John Smith from Audubon, Iowa, in my travels today’—that was so important to the families and friends back home, to know their loved one was still alive,” Stein says.

While the national networks covered the war, WHO covered the Midwestern soldiers who fought it. Whenever Shelley encountered soldiers in the field, he yelled, “Anybody here from Iowa?” in hopes of sending their stories back home.

War coverage was limited to the national networks until 1944, when the military lifted its ban on civilian correspondents from individual radio stations. Even then, certain restrictions still applied—each station was permitted only one reporter, who was allowed to stay for only three months, two of which had to be spent in England.

“You’d better send me,” Shelley, WHO’s news director at the time, recalled telling station owner Joe Maland. “Because I want to go, and if you don’t send me I might think of quitting.”

In mid-November 1944, Shelley shipped out with the U.S. First Army, traveling with it until mid-February, when U.S. officials realized the Iowan had far exceeded his time restriction and sent him back to the states.

WHO responded by sending Herb Plambeck, a farm reporter who had been rejected for military service seven times before he joined the Iowa National Guard. In 1943, before Plambeck completed training, the military sent him to England to cover the war’s impact on agriculture. There, he skirted around the ban on correspondents from local stations and covered the U.S. Air Force for WHO.

When Plambeck landed in Paris two years after that first stint, he found Shelley’s steel combat helmet waiting for him. Wearing the same helmet that protected his predecessor during the Battle of Bulge, Plambeck crossed the Rhine with Patton’s Third Army, got lost in enemy territory, and became one of the few reporters to witness the liberation of Dachau. A week after Germany’s unconditional surrender, he even joined a group of friends in an unauthorized raid of Hitler’s mountain fortress, the Eagle’s Nest.

Plambeck brought a cup and saucer back to Iowa just as Shelley left Iowa again, this time for the Pacific.

Based in Guam, Shelley observed Japan’s formal surrender on the USS Missouri and interviewed the crews of the Enola Gay and Bockscar shortly after they returned from the Hiroshima and Nagasaki bombing missions.

Even on the island of Tinian, he found a local connection for WHO’s audience—Col. Paul Tibbits, pilot of the Enola Gay, had attended high school in Des Moines, and the B-29 bombers used in the raids had been built in nearby Omaha, Nebraska.

During their coverage of World War II, Shelley and Plambeck mentioned the names of nearly 960 Midwestern servicemen.

“It had more satisfaction to me, and the people back home, than any other kind of reporting you could do,” Shelley said. And it made a difference to the troops as well.

Using cumbersome wire recorders, Shelley broadcast the voices of a dozen Iowa soldiers wishing their loved ones a Merry Christmas a day before the Battle of the Bulge began. Just after V-E Day, Plambeck sent home the voices of thirty-six Iowa troops wishing their mothers a happy Mother’s Day, “on the magic wings of radio.” 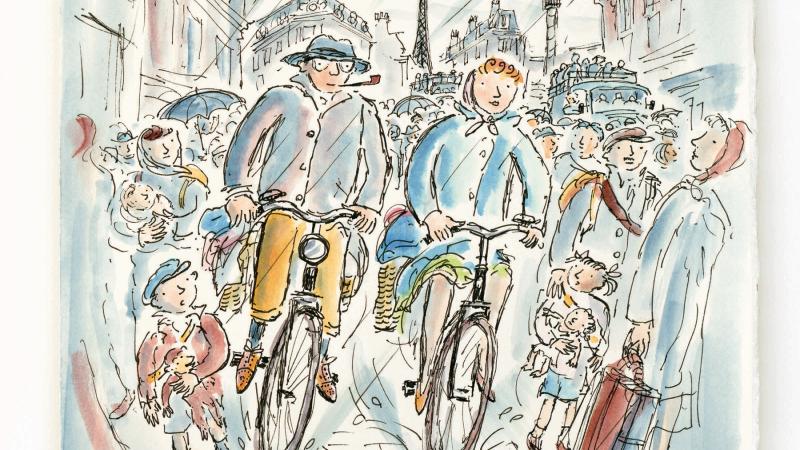 Academic Prose: Human/Ties Conference Looks at Gap Between the Academy and Popular Culture