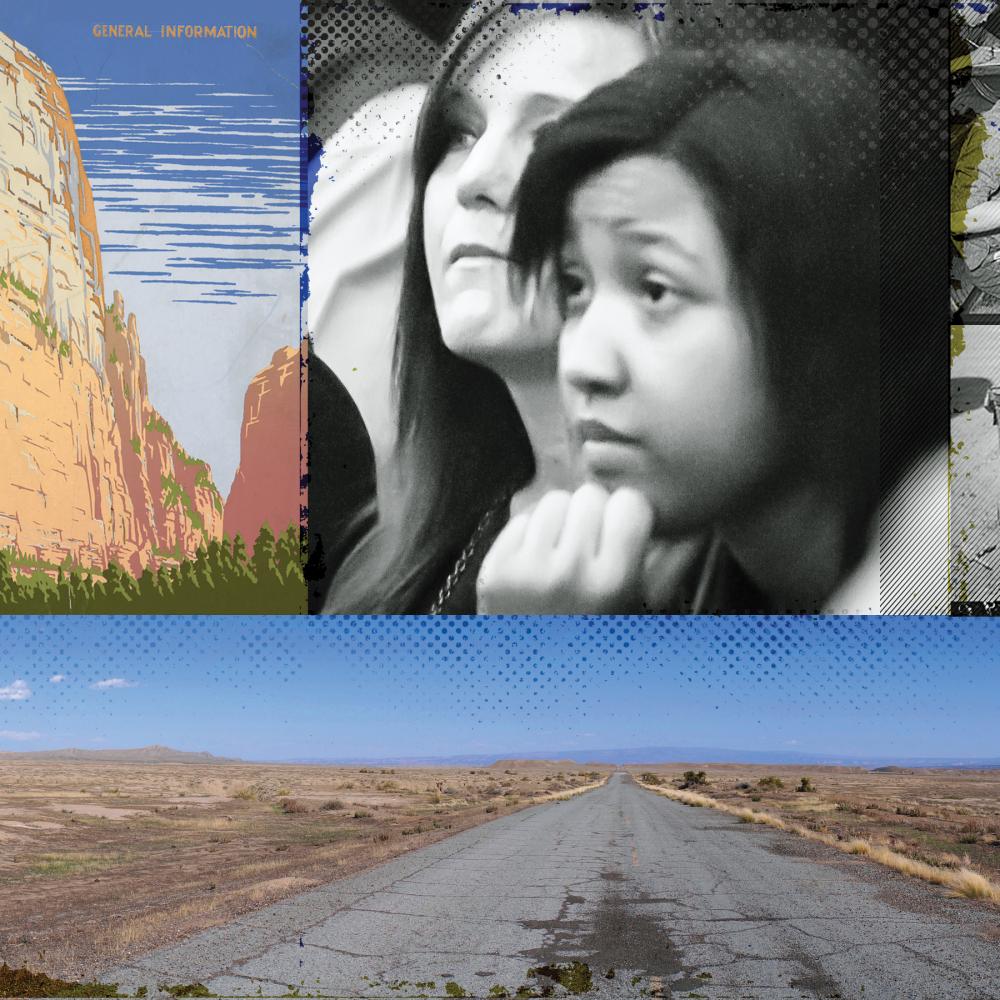 “What was beautiful about Nietzsche is that he shook the foundations for me. I believe in God, I’m religious, but I love those moments when I have to struggle. They build me the most. At times, when we were discussing free will versus determinism in class, it was hard to go because of where I knew the discussion would take me. But I did, I made myself."

In 1985, Utah Technical College had an enrollment of a few thousand students and general education courses that students took to get out of the way. Today, the school has become Utah Valley University, one of the largest public institutions of higher education in the state, offering close to sixty bachelor’s degree programs and three master’s degree programs, and topping 30,000 in enrollment last year. The philosophy department alone has fourteen full-time faculty members. Robust population growth—Utah is the second fastest growing state in the nation—has been the major reason for this rapid evolution, but there has been another factor, a quietly changing campus culture.

Twenty-five years ago, “Ethics and Values,” a new and rigorous humanities course at Utah Technical College required for all students, began to raise the academic bar. Eventually, the school became Utah Valley State College and was on its way to becoming a university. And the course? It has enrolled 100,000 students and garnered national recognition, including the prestigious Theodore M. Hesburgh Award for its leadership in promoting ethical thinking.

When you stand outside the Liberal Arts Building on the sprawling urban campus of Utah Valley University in Orem, about forty miles south of Salt Lake City, you quickly notice how new everything looks—new buildings, new walkways, new trees, and lots of young faces streaming by. It’s hard to imagine this was once a small technical college that had, according to one philosophy professor, a serious problem.

“I saw that students came to the Technical College to get their ‘general education’ credits cheaply and easily,” says Professor Elaine Englehardt. “They took the path of least resistance—the easiest teacher teaching the easiest course at the most convenient time.”

Englehardt set out to develop a humanities course that she believed would matter to students, one focusing on ethics and values. In her graduate philosophy classes at the University of Utah, she had seen the study of moral philosophy “open minds that had been closed.” She wanted a formal study of ethics as the foundation, but she also wanted texts from religion, history, and literature. Students would be steeped in the ideas of great moral thinkers and then consider complex topics such as abortion, war, corporate responsibility, and homosexuality from the point of view of historians, novelists, and religious writers.

With advice from faculty and administrators, and feedback from early, unsuccessful grant applications to NEH, Englehardt refined the course, settling on key readings from the Bible, Aristotle, Kant, Hobbes, Mill, Kierkegaard, Nietzsche, and others, and contemporary philosophers Peter Singer and Carol Gilligan. When students turned to topical areas such as abortion, for example, they would read a variety of texts, including Justice Blackmun’s decision in Roe v. Wade, Pope Paul VI’s Humanae Vitae, Gwendolyn Brooks’s poem “The Mother,” and Ernest Hemingway ’s short story “Hills Like White Elephants.” Equipped with these multiple views, students then discussed, debated—and decided—the issue for themselves.

Questioning may seem like second nature to most eighteen-year-olds, but this is Utah County, which is more than 80 percent Mormon and strikes many observers as seriously orthodox. A native of the state and a member of the Mormon faith, Englehardt recognized that Utah County teenagers usually grow up hearing one point of view. “They can be shocked when they leave home and go out into the world,” she said. “If they ’re for something, they need to know why. If they ’re opposed to something, they need to know why. Our students didn’t.

They had never questioned or thought about why they believed what they did. They had never studied Christ’s Sermon on the Mount, for example. Did their ethics really derive from its teachings? Were they willing to turn the other cheek when attacked? They said, ‘No,’ but they didn’t know why.”

After initial grumblings of “Why do we have to take this?,” students in the Ethics and Values course became fans. In evaluations, they cited it as a “life-changing experience,” and “one of the most important courses I’ve taken.” Sariah Guiterrez, a recent graduate, is passionate: “Philosophy is vital. I don’t know how else to say it. If you go through your life knowing only one mindset, that’s a waste.”

Not everyone was pleased. State legislators and Board of Regents members began asking exactly what kind of questioning was going on in these Utah classrooms. Discussions about abortion and homosexuality in a college course funded by taxpayers? Their objections threatened to kill the course until Kerry Romesburg, president of the college who taught the course with Englehardt, stepped in. “I had to go to the legislature and the Board of Regents often,” said Romesburg. “We had to fight, and I mean fight, the politicians to keep that course. Some of them couldn’t separate learning and examination from proselytizing. But we invited them to attend classes and see for themselves what happened there.”

Acceptance came slowly. “Elaine,” Romesburg continues, “had a gift for bringing the students into the discussion, but they never knew her opinions or beliefs. Eventually, people began to see that we were encouraging students to think, but we weren’t trying to change their faith.” Now president of Jacksonville University, Romesburg believes the struggle in Utah was well worth it. “I’ve had a long career in higher education, four decades,” he says, “and the Ethics and Values Course at UVU is one of the things I’m most proud of.”

In a state “redder than a fire engine,” having students deal with moral questions can be tough, according to David Keller, a veteran teacher of the course and director of the Center of Ethics at UVU. “They ’re eighteen, they ’re just discovering things about the world, and they ’re bombarded by Socrates, Nietzsche, relativism, objectivism, really challenged. They ’re learning about gay rights, economic justice, animal rights. We take a logical approach to these ideas, we never advocate, but some become uneasy when their moral horizons begin to shift.”

One student came to Keller during office hours. “He told me, ‘This course makes me incredibly uncomfortable. We never talk about these things in my family or in church. I’m afraid my faith is going to be jeopardized.’ The next year I saw this student on campus and asked him, ‘Hey, that Ethics and Values course, did that destroy your faith?’ He boomed, ‘No! In the long run, learning about those things bolstered my faith.’”

Keller maintains that all students, religious or not, need to study ethics and values. “You need some secular, rational tools of thought in a modern democratic society. Whether you become a business owner or a computer scientist, you have to make judgments on complicated ethical issues. The Ethics and Values course gives you these tools.”

According to Shannon Mussett, chair of UVU’s philosophy department, the greatest gift of the course is that it brings students together. “This is the melting-pot course on campus. Business majors, lit majors, automotive mechanics students—they can all be in the same class. They don’t want to take it, but it’s required. Afterward, they often say it is the best course they ’ve taken.” The impact is felt campus-wide. “It gives students a common language. You’ll hear them in the cafeteria, on the stairs, talking about ideas from class.”

Mussett believes that, unlike students on other campuses where she has taught, students at UVU care deeply about the issues they ’re debating. “This is not just an intellectual engagement,” she says. “It provides a safe place to discuss ideas that challenge teachings from their religious upbringing. The academic setting makes it okay—they don’t feel as if they’re disrespecting or undermining their family and church.”

Raymond Muccillo describes his journey with philosophy at UVU: “I was a computer tech when I took the Ethics and Values course from Professor Jeffrey Nielsen. . . . I was doing pretty well, but I hated work every day. I was bored. Now, I’m really happy! I read Nietzsche, Singer. I love questioning.”

Does he worry about moral relativism? “No, not at all. I am more morally driven now than I’ve ever been. The course changed my life. I really don’t like computers anymore. I’ve lost my taste for them. And I feel that the troubles I have are worth confronting. Instead of being bored, I panic at not getting to do everything I want to do!”

Jean Cheney is associate director of the Utah Humanities Council.

In 1983 and 1987, Utah Valley State College received two grants—the first for $8,759 and the second for $113,500—to develop their humanities-based ethics curriculum for vocational students.

Utah listens to its own quirky history.