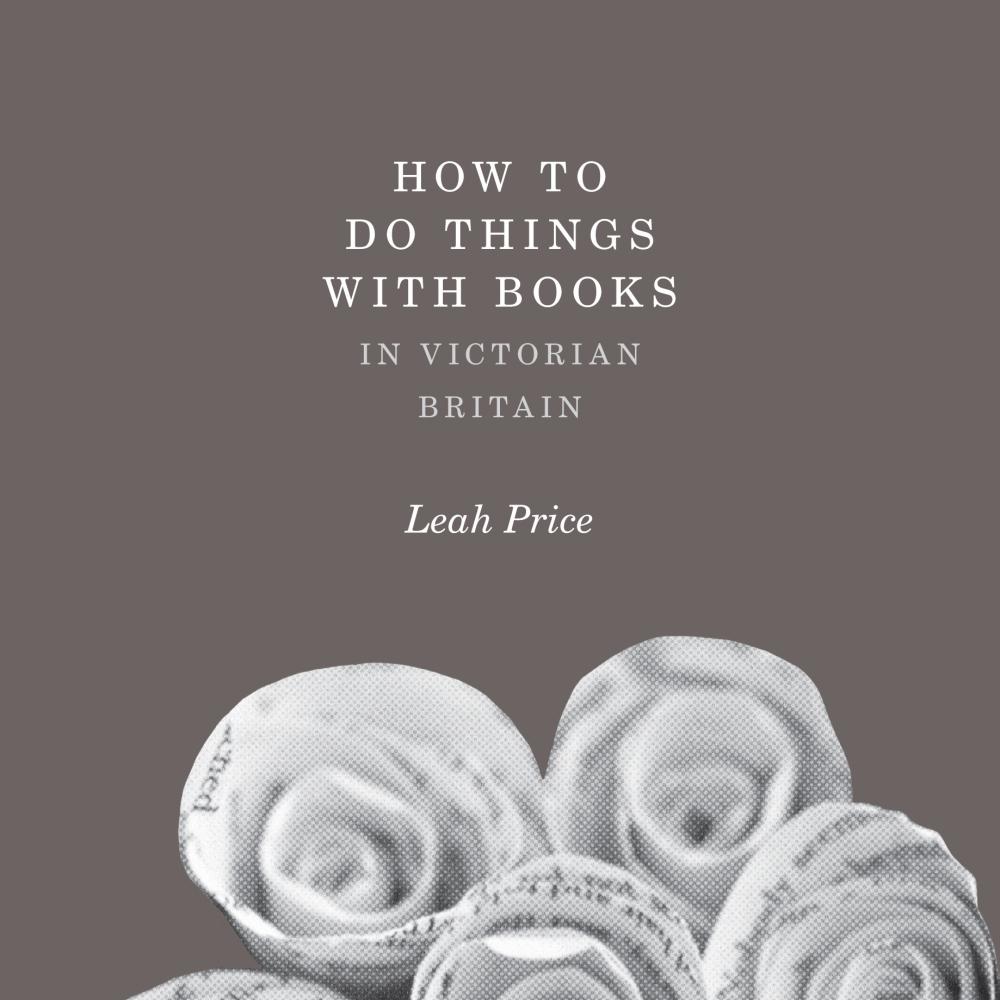 “Due attention to the inside of books, and due contempt for the outside,” advised an eighteenth-century British statesman, words evidently taken to heart by many writers of the next century. Leah Price, in her NEH-funded How to Do Things with Books in Victorian Britain (Princeton University Press, 2012), notes that many novelists of the era loathed “anyone who loved the look of a book.” Book collectors were bachelor dandies, accused in many minds of “moral shallowness.”

Price is a book historian and English professor, whose training was inreception history, she writes, which “shifts literary and intellectual historians’ sights from writers to readers, from upstream arguments about a work’s sources to downstream speculations about those other works that it influenced or spawned.” She points out that “measuring by what has survived, we call the nineteenth century the age of the novel; but if we counted instead what was produced, the Victorians might look more like a people of the tract. One historian calculates that in the first seven years of its existence, the Religious Tract Society . . . had distributed two million titles; between 1840 and 1849 that number went up to twenty-three million.” She continues, “If we recognize twenty-first-century book historians as the heirs to the realist novel, then twenty-first-century literary critics look more like heirs to the sermon. From Protestant theology, secular explicators have learned to prize spirit over matter. . . . Where the realist novel found its foil in Evangelical tracts, book historians could find theirs in close reading.”

A book is both an object and the intangible message it contains. Pricepoints out, however, that novelists such as the Brontës, Dickens, Eliot, and Trollope “assumed that absorption in the text required forgetting its medium.”

Forgetting the medium was no easy task, though, given the practice in Europe of binding most books in animal skins, which were “inscribed on parchment or vellum, or held together with glue made from dead horses.” Price adds the gruesome statistic that “in 1900 alone, Oxford University Press’s binderies used the skins of one hundred thousand animals.” Citing catalogs of the day that “listed bibles bound in calf, sheep, or sheepskin artificially grained to resemble calf,” she notes that the “book remained inseparable from the body.”