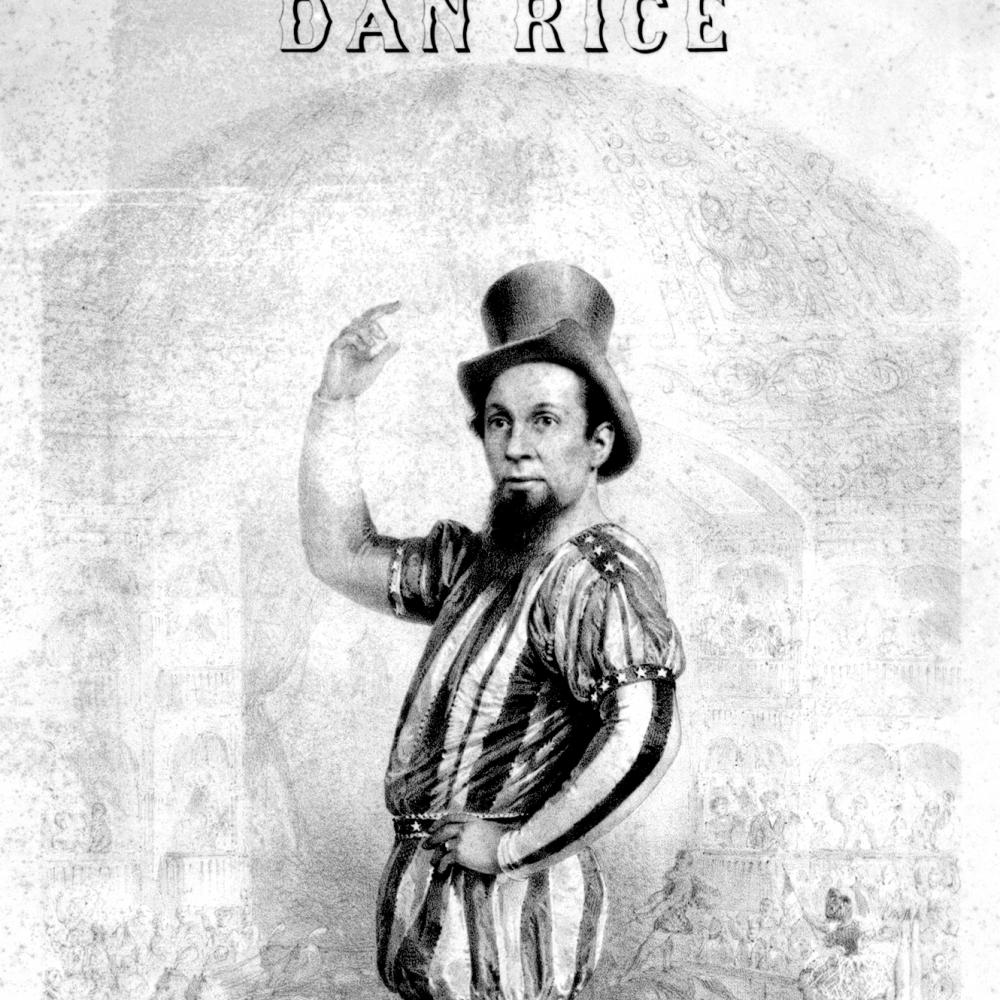 Dan Rice in an Uncle-Sam-like costume to publicize a political speech in 1859.

“In the 1850s, the circus overlapped with theater, minstrelsy, and lectures in a bubbling stew of adult fare, full of near-nudity and racy jokes, of violence, and public affairs,” writes David Carlyon, author of the book, Dan Rice: The Most Famous Man You’ve Never Heard Of. Carlyon’s lectures on the subject, presented through the Speakers Bureau for the New York Council for the Humanities, expose this unseemly underbelly of the nineteenth-century circus.

“Violence was one of America’s favorite sports,” Carlyon writes, and the circus was one of its favorite venues. Local ruffians waited to stew up trouble in each new town as eyes looked on with suspicion and excitement. There was gambling outside the tents and plenty of alcohol. It was rare if there was a show without a fight. “A circus had to be,” says Carlyon, in the words of one circus veteran, “an efficient fighting unit.” Performers were hired for their talent, but also for their ability to brawl. One extreme incident was the Hippodrome War in 1853, in which a circus outfit was unable to leave Somerset, Ohio, for two days because of ongoing fighting with locals. Many people were seriously injured and some killed.

Audiences felt that they could freely participate during performances. As with other forms of entertainment during the time, they proclaimed “the right to hiss,” to yell out, demand a monolog be repeated, enter the ring, or even drown out an entire show with their own noise. “Audiences considered themselves a partner with performers,” Carlyon says. Crowds could shape the success or failure of each show, and the performers had to learn how to effectively manage them.

This is dramatically different from the circus we are familiar with today and the one Carlyon experienced firsthand, performing as a clown for the Ringling Bros. and Barnum & Bailey Circus. The nineteenth-century version was a show catering to adults and immensely popular. It was an American institution, says Carlyon: “Everyone saw the circus.” It was also a show teeming with sex. Acrobats and other performers wore tight, skin-colored clothing called fleshings. You could go to the circus and see near-nude men and women and claim you were merely admiring the human form. Aside from off-color jokes and scantily clothed bodies, there were stories and songs about people who had run off with circus performers, which newspapers freely commented on. And though there are no records proving it, suggestions of prostitution at the circus “must have some basis in fact,” says Carlyon. “For all its cotton-candy image,” he adds, “the circus has always peddled sexual allure.”

Everyone who saw the circus (and that was almost everyone) saw Dan Rice, one of the most famous men in America in the mid-nineteenth century—“a talking clown, quipping spontaneously, booming out Shakespeare, singing about bloomers, feuding with Horace Greeley—and running for president.” He traveled the country commenting on politics, popular issues, and the big names of the times. Rice was a man surrounded by fictions, like the one claiming he was the model for Uncle Sam. He wasn’t, but wearing a goatee and top hat, Rice struck a strong resemblance. That Zachary Taylor had named him “Colonel” Rice and that he and Abraham Lincoln were good friends were legends Rice created himself.

His circus was the first one called “the greatest show on earth.” He was the ‘Great American Humorist’ before Mark Twain, whose circus scene in Adventures of Huckleberry Finn was most likely inspired by Rice’s visit to Hannibal, Missouri. Rice even made earnest runs for political office, including one for the presidency in 1867. Carlyon credits Rice’s popularity with his ability to connect and interact with his audience, “to boom out words and ideas and jokes and songs, while thousands of human imaginations bounced them back.”

Toward the end of the century, the circus was disparaged as a crude, low form of entertainment. It began to soften its image and cater to children. So too, did Rice’s image soften as he became known as Old Uncle Dan. His shows lost their rough edge in the collective memory, his feuds and fights disregarded as mere run-ins. In Carlyon’s lecture, “19th-Century Circus: Sex, Violence, and Politics,” he strips the circus of the “rosy glow” it has acquired in more recent years, and shows audiences what it really was—“a combination of rodeo, burlesque, and Jon Stewart.” Imitating the crowd-performer relationship in antebellum America, Carlyon says that during his talks, “I’m not simply a talking head spouting facts, but rather I’m engaged in conversation with my fellow New Yorkers.” 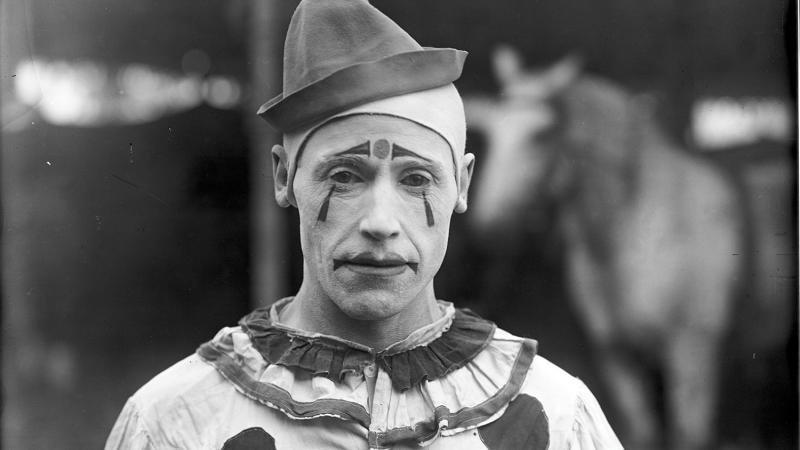 The American Circus in All Its Glory

A new documentary tells the history of the big top