Auctioneer and appraiser Andrew Richmond owns “just about every book written on the decorative arts in America west of Philadelphia.” The entire collection takes up only two feet of shelf space.

“If you had a similar collection about the decorative arts in Philadelphia and New England, that collection would take up dozens of feet,” Richmond said in his office at Garth’s Auctions, Inc., in Delaware, Ohio.

That discrepancy led Richmond to set aside his auction gavel for a time last year to become the curator of “Equal in Goodness: Ohio Decorative Arts 1788–1860,” which runs through June 5 at the Decorative Arts Center of Ohio in Lancaster. The exhibition’s title reflects Richmond’s belief that the decorative arts in Ohio and throughout the Midwest are underappreciated.

“As soon as the first settlers started heading west into Ohio, there sprang up this stigma,” Richmond said, “a stereotype that the state was populated by fringe-leather-wearing, log-cabin-inhabiting frontiersmen who drank rum by the gallon.”

While those rugged, crude, indomitable individuals certainly did exist in Ohio, they by no means defined the citizenry of the country’s westernmost cities in the early 1800s.

In his memoir Recollections of Persons and Places in the West, H. M. Brackenridge noted that Cincinnati, a mere thirteen years after its founding in 1788 as “a rude encampment” was, around 1801, “a beautiful little city, in the midst of a highly cultivated country. I went up to the market, which I found equal in goodness to that of Philadelphia.”

Mounting “Equal in Goodness” was a labor of love for Richmond, with an emphasis on labor. The exhibition features 220 household objects—pottery, cabinets, clocks, glass and silverware, samplers, sideboards, percussion rifles—made available by sixty lenders. Last year, Richmond logged more than ten thousand miles, driving the state both for Garth’s and in preparation for the exhibition, which opened on January 29.

“My first aim” for the exhibition “was to demonstrate the desire early Ohioans had to fill their homes not just with utilitarian items but with beautiful, refined, sophisticated things,” Richmond said. “And my second goal was to turn that frontier stereotype on its head, to show how Ohioans maintained the traditions both from the East Coast and, in the case of the German and Swiss settlers, the Old Country, while at the same time tweaking them, reworking them, making them their own.”

A high-style corner cupboard from Cuyahoga County in northeast Ohio borrowed the eastern urban practice of using light-wood inlay and veneer on mahogany to create contrast and a “visually interesting façade,” Richmond explained. But the maker of the cabinet used native wood: cherry and figured maple along with walnut, pine, and poplar.

“It would have been less expensive to use indigenous wood, of course,” Richmond said, “but the choice of material also had to do with an expression of regional pride and a use of materials that were a better representation of both the craftsman’s and the owner’s identity.”

Many of Ohio’s first pioneers came from New England and settled in the southeastern corner of the state near Marietta. Marylanders and Virginians also made their way into southeastern Ohio, providing “Equal in Goodness” with Southern inflections. Upon completion of the Ohio and Erie Canal in the early 1830s, another influx of eastern settlers poured into the northeast quadrant of the state. They were followed in short order by German and Swiss immigrants who founded Zoar and Sonnenberg (now Kidron) and eventually moved to the western reaches of the state, founding towns such as Minster, New Bremen, and Maria Stein.

Zanesville in southeastern Ohio became a center for glass-making, while more than three hundred potteries operated during the 1800s in East Liverpool, located on the Ohio River in the northeast part of the state. Nearly every town of any size in Ohio boasted an assortment of craftsmen.
“All of the pottery and glassware in the exhibition were made by Ohio potters and glass smiths, the textiles by professional weavers, all of whom were men, by the way,” Richmond said. “The larger cities could support professional cabinet makers while in rural areas a jack-of-all-trades might make furniture during the winter months and work the land during the summer.”

Barbara Simon, a docent at the Decorative Arts Center, said she is most impressed with the quality of pieces made in some instances more than two centuries ago. “They look almost as if they’re machine-made, that is how fine the handiwork is,” she said. “They are well-made enough to look as if they were carried by the settlers from New England or even from Europe, but these are all Ohio pieces.”

Bill Eichenberger is a freelance writer in Columbus, Ohio. 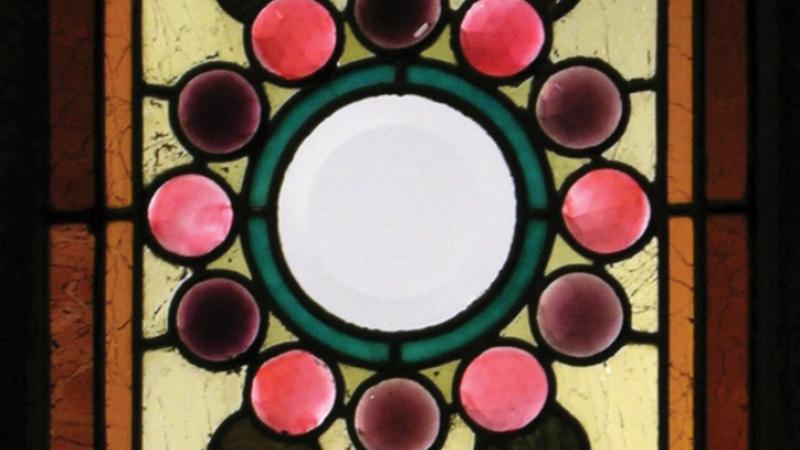 "The Tiffany of the Northwest" 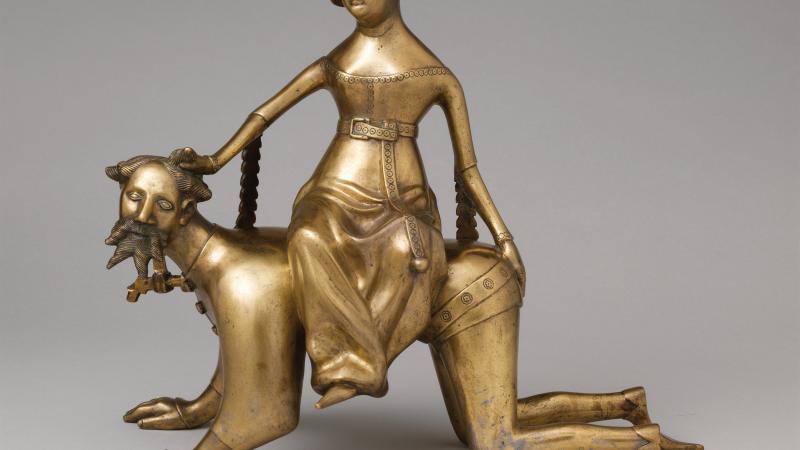