Ken Sullivan stresses the role of the Civil War in the formation of his state. 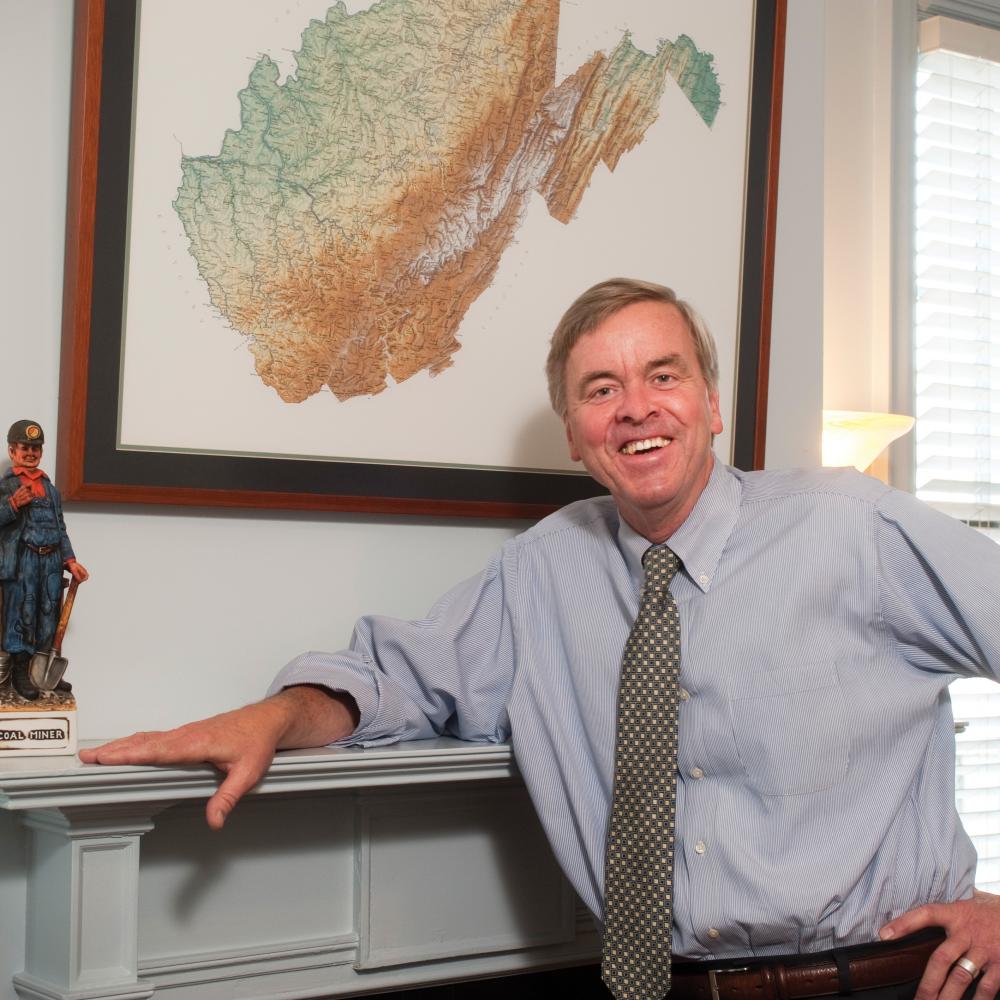 The word sesquicentennial is very much on Ken Sullivan’s mind just now.

The state of West Virginia will mark its one-hundred-and-fiftieth birthday on June 20, 2013. Sullivan, executive director of the West Virginia Humanities Council, is determined to make sure the anniversary is accorded the attention the Mountain State deserves.

“The birth of West Virginia was inextricably bound up with other events of the Civil War era,” says Sullivan. “For us, that era began with John Brown’s 1859 raid on Harpers Ferry and accelerated with the commencement of general hostilities two years later. Our state’s founders went seriously to work as soon as it became apparent that Virginia would abandon the Union. We seceded from the secessionists. Abe Lincoln called it ‘our secession,’ and West Virginians still think of it that way.”

The council’s sesquicentennial programming began in October 2009 with a lecture by Brian McGinty, author of John Brown’s Trial, at the Jefferson County Courthouse at Charles Town, where Brown was tried and sentenced to hang. The lecture was carried nationally on C-Span Book TV.

“From Harpers Ferry and Charles Town, we’ll follow through to the creation of West Virginia at Wheeling,” says Sullivan.

It all falls into line with his notion that the main business of state humanities councils is to interpret the stories of individual American states. “We’ve got a wonderful National Endowment for the Humanities, which, within its resources, does a great job of addressing humanities issues nationally,” Sullivan says. “I’ve always felt that state councils should look after matters at home.”
He is quick to add that local programming is by no means all the council does, noting that it recently sent West Virginia schoolteachers to India for a summer institute and regularly funds projects dealing with the wide world of the humanities. “But, yes, you could say that home is where our heart is.”

The successful publication of The West Virginia Encyclopedia is an example of that heartfelt interest. “The dream of a West Virginia encyclopedia goes way back with me, beginning during my time as editor of the state magazine Goldenseal,” says Sullivan. That magazine work put him into every county and “on darned near every back road.”

Not long after coming to the humanities council, Sullivan pitched his encyclopedia idea to the board of directors, which readily endorsed it. And so began what originally was envisioned as a three-year project. Instead, it took nearly a decade—and an investment of $1 million—before the big, one-volume reference work was published on June 20, 2006.

The 927-page book was a hit with West Virginians statewide. Now in its second printing, The West Virginia Encyclopedia, which lists at $44.95, has sold more than 17,000 copies. Because the council had raised money to support the project’s production, “the money coming back from sales is available for other purposes,” says Sullivan. “That amount exceeds half a million at this point,” a cushion that helps keep the council in good financial health in challenging economic times.

Sullivan credits the hard work of the board and staff for this and other successes. Another million-dollar undertaking, the production of the online encyclopedia “e-WV”—is set to launch September 13. Sullivan believes that organizations grow through “stretch” projects.

Another major project has been the restoration of the 1836 MacFarland-Hubbard House. Sullivan signed the papers for the National Register property in 1999, and the old place was dedicated to its new purpose as the council’s headquarters the following year—on June 20, naturally. When the council paid off its mortgage, it had a mortgage-burning party on the same date in 2007.

“We were proud to take stewardship of one of Charleston’s oldest houses,” Sullivan notes. The Greek Revival mansion faces the Kanawha River on the historic route of the James River & Kanawha Turnpike. Its location near the State Capitol helps the council keep in touch with friends in state government.

During the Civil War, the city was bombarded by Confederate artillery and a cannonball pierced the roof of the MacFarland-Hubbard House. That cannonball is now on display in the foyer, a reminder of the bloody conflict that gave birth to West Virginia.

“At the humanities council,” says Sullivan, “we see such anniversaries as teaching opportunities—and frankly, we enjoy a good party. We look forward to doing everything we can to make this one a big success.”