Impertinent Questions with John B. Hench

On how books were used as weapons in World War II 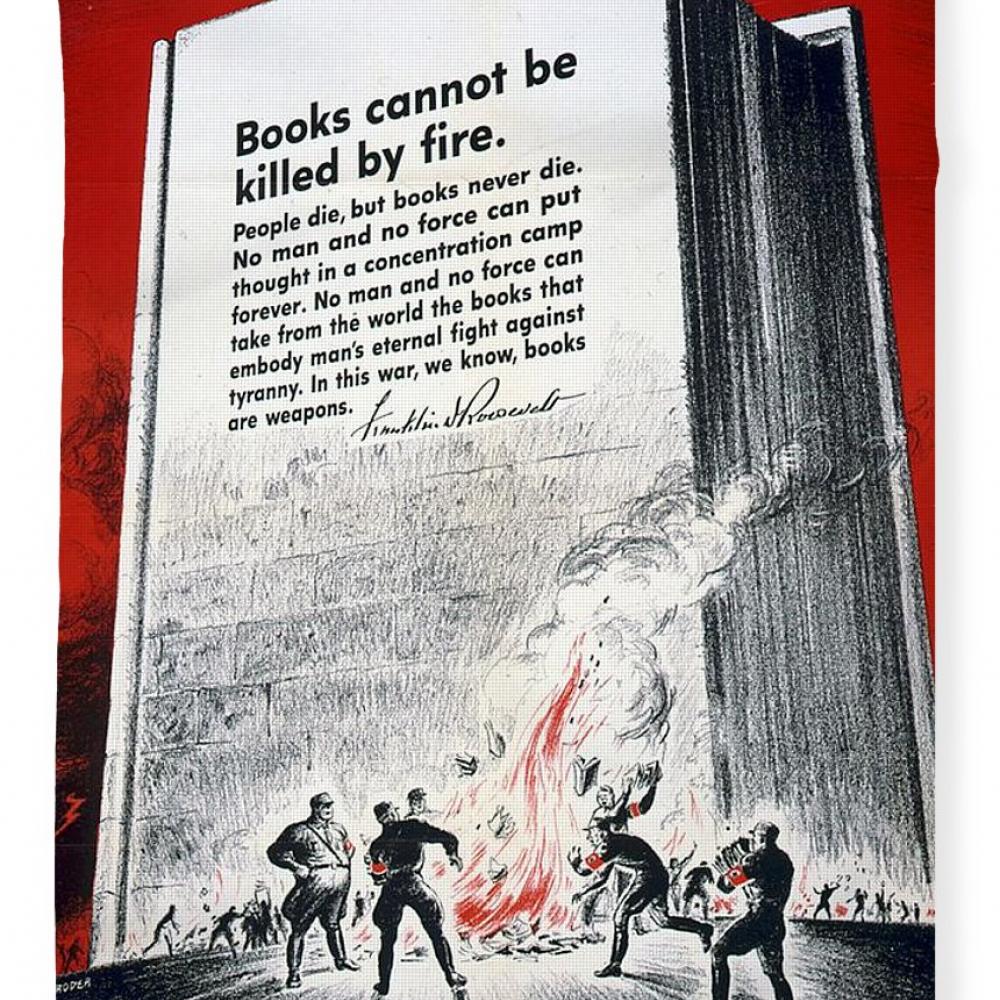 Poster from World War II promoting the importance of books.

For this issue of IQ, we browse the stacks of a bygone era. In Books As Weapons: Propaganda, Publishing, and the Battle for Global Markets in the Era of World War II (Cornell, 2010), NEH fellow John B. Hench shows how books helped promote the Allied cause. A book collector, Hench recently retired as vice president of collections and programs at the American Antiquarian Society.

What started you collecting books?

I remembered how much fun my father had collecting books. I envied many book collectors I knew through the American Antiquarian Society and the Grolier Club.

What do you consider your most thrilling discovery?

Billy the Soldier, a handmade “movable book” with cut-outs and paper tabs that alter the image when pulled. It’s about a GI who, after fighting the Germans, is sent to fight the Japanese. Almost certainly created by a German, for what reason I don’t know—yet.

Where did you get the idea to write Books as Weapons?

On eBay, I spotted an Overseas Edition, which I’d never heard of, nor, it seemed, had any other scholars. These books were American propaganda directed at civilians abroad after liberation. Scholarship abhors an informational vacuum, so I started researching the series.

Other than as a blunt object, how can a book be a weapon?

“Books are weapons in the war of ideas,” the slogan went. Some thought books could also defend people against real bullets. One company marketed a steel-plated bible for troops to carry in their shirt pocket, but the government cited the firm for both false advertising and using rationed steel for unauthorized purposes.

During the war, publishing joined forces with the U.S. government. How?

Through a nonprofit organization called the Council on Books in Wartime. They worked with the government to produce the Overseas Editions, as well as the better-known Armed Services Editions, which published and distributed 123 million copies of 1,322 titles.

What was in it for the publishing industry?

In addition to helping improve morale for civilians and soldiers, they cultivated new postwar markets for their books, both domestically and overseas.

Was there a downside?

Book publishing was still a genteel profession, and many publishers were uncomfortable appearing commercial in wartime.

What exactly was the propaganda meant to accomplish?

It was intended to help secure the peace. The books were supposed to “disintoxicate” the minds of people numbed by Axis propaganda. They explained what the U.S. had done in war and how it envisioned the peace.

How did the Overseas Editions program come about?

At first, the government selected books from publishers’ stocks, but in this time of rationing quantities were insufficient. Reprinting the books in paperback was the answer. The new series also gave the government more control over the selection of books.

Who selected the books for the Overseas Editions program?

Ultimately, the Office of War Information (OWI), the government’s chief propaganda agency. OWI had input from so many people in and out of the agency that the project’s head honcho joked that everyone but the janitor had a hand in the selection.

How did they choose? What were the criteria?

Selected titles had to respond to one or more general or specific propaganda directives. One directive was to counter Goebbels’s propaganda that Americans were either money-grubbing capitalists or craven gangsters and had no real culture. Another was to lower liberated Europeans’ postwar expectations, so they would not expect the U.S. to help rebuild their countries until Japan was defeated.

Tell me about some of the books that were sent over.

Bernard Jaffe’s Men of Science in America showed Americans were more than capable of doing pure science (held in high esteem in Europe), and were not merely crafty inventors. Robert Sherrod’s Tarawa was one of several books on the war in Asia and the Pacific, aimed at enlisting the active participation of recently liberated nations like France and the Netherlands in defeating Japan (and regaining their overrun colonies in Indo-China and Indonesia).

What books were rejected?

Edgier books of social criticism, like the novels of Jack London, Upton Sinclair, Theodore Dreiser, and Sinclair Lewis. They were, however, published in Europe, with the government’s approval and assistance, once the book publishing industries in the liberated countries were back in business.

You’re stranded on a desert island. What five books do you hope wash up on the shore?

David Lodge’s Small World, C.D.B. Bryan’s Friendly Fire, John Dower’s Embracing Defeat: Japan in the Wake of World War II, Marina Lewycka’s A Short History of Tractors in Ukrainian, and my own Books as Weapons, so I could make revisions for a second edition—assuming a red pencil also washed up.

You can tell us. We won’t judge. How many books are in your collection?

My collection of printed items that were used for war work is actually quite small—in size, quantity, and cost. Probably not more than fifteen hundred items. Don’t ask me how many other books I own. I won’t tell. 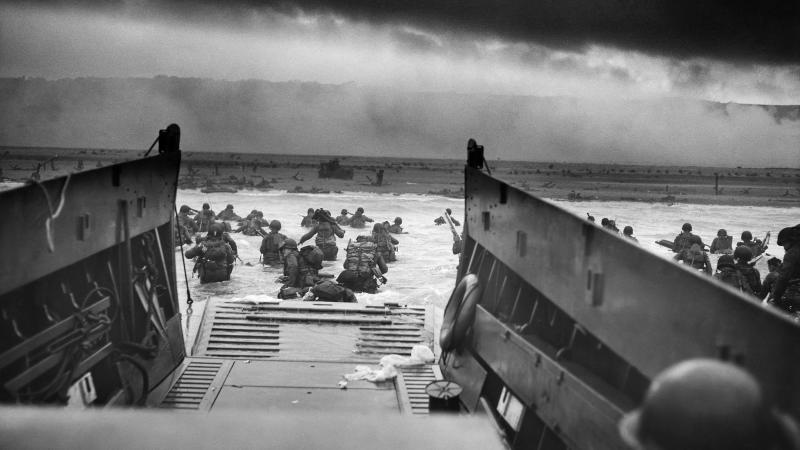 “The Light of Battle Was in Their Eyes”

The correspondence of Generals Dwight D. Eisenhower and George C. Marshall leading up to D-Day 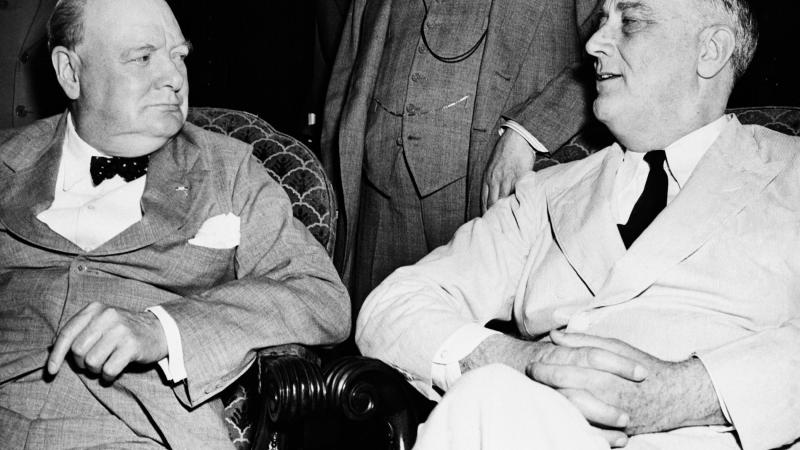 At the Second Washington Conference, Roosevelt and Churchill set in motion the invasion of North Africa over their staffs' objections.