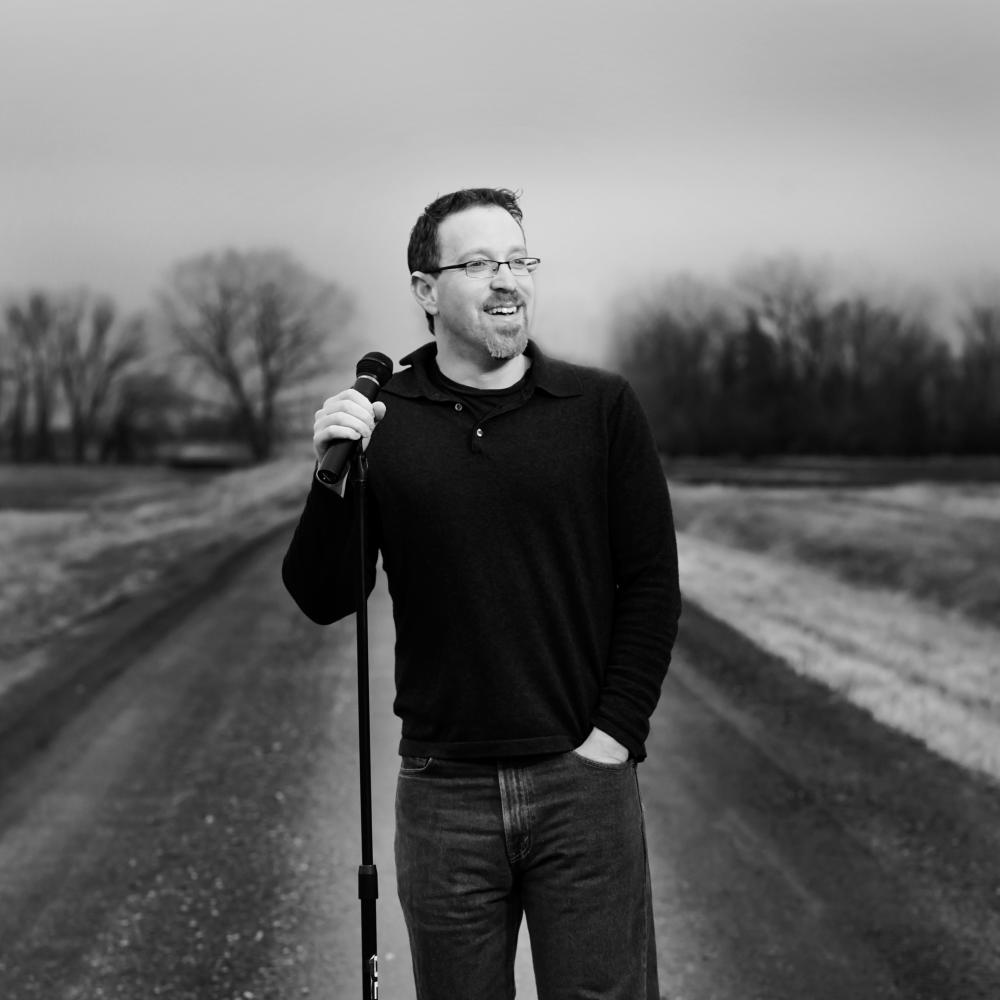 For more than a year now, Jack Russell Weinstein’s monthly radio show “Why?” has pursued a quirky intellectual agenda whose first principle can be stated thus: Philosophy is for everyone.

“If I was to play basketball outside with a bunch of neighborhood folks,” Weinstein explains, “no matter how badly I did it, and it would be pretty badly, we would still call it basketball.”

And the act of philosophizing—all that questioning of assumptions and considering of implications—Weinstein says should be thought of as a common event. Togas optional, no advanced degree required.

Weinstein himself has a PhD. He is a professor of philosophy at the University of North Dakota in Grand Forks and director of the Institute for Philosophy in Public Life. “Why?: Philosophical discussions about everyday life” is produced by North Dakota’s Prairie Public Radio.

The show’s unpretentious Midwestern values and everyday sensibility have not kept Weinstein from reeling in some extraordinary guests. Among them have been Amelie Rorty, author, professor and honorary lecturer in the Department of Global Health and Social Medicine at Harvard, who spoke about self-deception and why it is useful.

The answer? It enables us to minimize the costs associated with worthy goals. Rorty gave as an example the self-deception that enables people to become parents. They put out of mind the difficulties and trials that will come with having children.

Nobel Prize-winning economist Amartya Sen was another recent guest. Sen, who discussed his work in welfare economics, has been the show’s biggest “get” so far.

“He has changed the world,” Weinstein says. “His research on famine is tremendously important. . . . He provided empirical evidence that famine is a political problem and not a problem of food supply. That alone is enough to have a profound impact on everybody’s lives, but he’s also had a tremendously diverse career in which he is pushing the boundaries of economics and connecting economics and ethics and working on what it means to expand human capabilities.”

Weinstein begins each episode with a monologue. It’s a stand-up philosophy routine, filled with anecdotes, history, current events, and humor. He sets forth issues his guest might address, as when Sen was on his show. Weinstein asked, How are human capabilities related to democracy? Why is famine a political problem rather than simply one of food supply? How does all of this stem from a misunderstanding of Adam Smith and the connections between morality and commercial structures?

Much of Weinstein’s academic work focuses on Adam Smith, the eighteenth-century father of modern economic theory. Weinstein says he “fell in love” with Smith while studying with Charles Griswold at Boston University, where he earned his MA in 1996 and his PhD in 1998. Weinstein’s basic insight is that Smith’s political economy is a more focused instance of Smith’s general moral theory.

Weinstein, who is forty years old, was born in New York City to Joyce Ellen Weinstein, an artist and high school teacher, and Mark Weinstein, a philosopher and jazz flute-player. He has a sister. The family lived in Washington Heights, Manhattan. Theirs was a secular Jewish household.

His family was poor, Weinstein says, and he was a terrible student who hated every second of high school. He attended State University of New York at Plattsburgh through a students-at-risk program, and there things began to click academically for him. He discovered an interest in politics and worked as a deejay for a radio program featuring ska music. He graduated in 1991.

In 1994, Weinstein traveled to Vienna, where he wrote his dissertation and ended up staying for a year and a half, surviving as a busker, playing guitar on the street. He later taught at Montclair State University, Berea College, and California State University, Fresno, where he met his wife, Kim Donehower. She’s now a professor in the UND English department and director of the local site of the National Writing Project. They have a four-year-old daughter.

The Institute for Philosophy in Public Life is a partnership between the UND College of Arts and Sciences and the North Dakota Humanities Council, which has supported IPPL with a five-year $195,000 grant. The “Why?” radio show is just one of the IPPL’s programs.

Weinstein’s first guest on “Why?” was Clay Jenkinson, a fellow North Dakotan, well-known humanities scholar, and author and host of public radio’s “The Thomas Jefferson Hour.”

Says Weinstein: “I’ve gotten [Jenkinson’s] encouragement and advice. He’s really been a good person—both as a measure of how we’re doing and also as someone to aim for, because I have such respect for his work.”

His second show, featuring Lawrence E. Cahoone, an associate professor at Holy Cross College in Massachusetts, was about the morality of hunting.

“I select my guests by thinking about people I know or know of whose work I think is interesting,” Weinstein says. “It’s not that I necessarily agree with them. It’s just that I think what they’re doing is interesting and timely and that they will be able to communicate it.”

Getting people to come on his show has been surprisingly easy, says Weinstein. Academics don’t usually get to spend an hour talking about their work in a nonadversarial setting.

“I believe in the concept of intellectual empowerment, and I want my show to provide that and especially for an audience that sometimes feels alienated from those kinds of conversations,” he says. “But another thing I want to promote is civility and to get past this idea of argument as war, argument as a battle.”

Weinstein’s ideal guest can engage listeners without patronizing them or dismissing their beliefs. Take Amartya Sen. “As a guest he was a sympathetic, respectful person. He never talked down to me. He never suggested he was doing me a favor being on the show, and of course he was.”

Philosophy in everyday life is one of the cornerstones of Weinstein’s own philosophy. But he’s also aware that talking about philosophy, on the radio no less, may attract the wrong kind of attention.

“The Upper Midwest expectation, that you don’t call attention to yourself, is the complete opposite to growing up in New York, where you have to call attention to yourself to get any kind of attention, even minimally,” he says. “One of the difficulties of being in this part of the world is people confuse confidence with arrogance. I am comfortable taking those kinds of risks. It’s my comfort with and respect for other people that allows me to do this.”

“Why?” is a live, call-in show, but getting people to call in has been difficult. Weinstein gets plenty of questions by e-mail, but phone calls? Not so much.

“They’re scared to ask someone like Sen a question live because they don’t want to sound like an idiot,” he says.

Making listeners feel their questions aren’t good questions, or that the only way to communicate is by shouting, is the antithesis of all that “Why?” wants to be.

“What I want,” says Weinstein, is “a calm and inclusive discussion to highlight how smart the people in the region are and how much everyone in this community has to offer intellectually, even though we in North Dakota are told, ‘Leave that stuff to the Coasts. We’re not that kind of people.’ I just don’t think that’s true.”

Online, the show is already reaching far beyond North Dakota. One of its largest audiences outside of the U.S., Weinstein says, is in Iran.

“Iran has always had a very deep interest in the arts and humanities,” he notes. “What we saw from the election last year is that they’ve become tech savvy in using the Internet and Twitter. They have become so Internet savvy they have stumbled across the show.”

Of course, to some, the very idea of putting philosophy on the radio will still seem strange. Is the idea too highfalutin? Is it the right subject for the right medium? Will it continue to work? Well, why not?

The Institute for Philosophy in Public Life, the sponsor of "Why?," is funded by the University of North Dakota College of Arts and Sciences and the North Dakota Humanities Council. 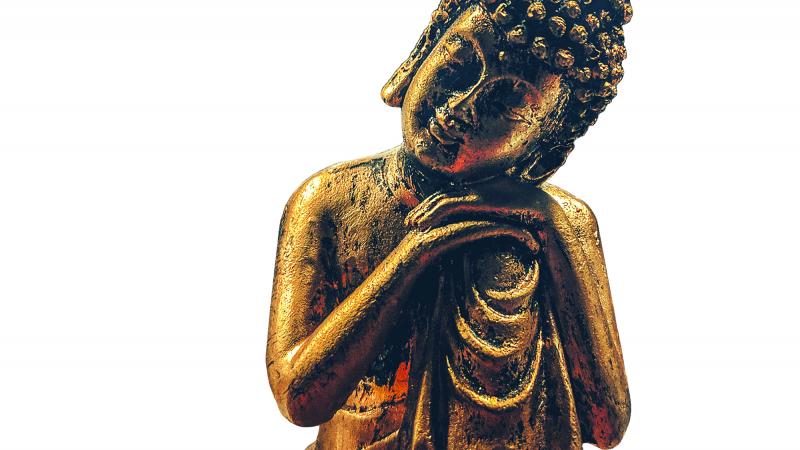 Our fascination with Buddha goes well beyond power drinks and movie stars.