“I've always been interested in beginnings, in traditions, in how things got started,” Michael Barone tells NEH Chairman Bruce Cole. A respected political commentator, Barone has been doing play-by-play on the American political game for more than three decades. But with his new book, Our First Revolution: The Remarkable British Upheaval That Inspired America's Founding Fathers, Barone excavates the seventeenth century and England's Glorious Revolution. He locates the roots of the American Constitution in the settlement that accompanied the transfer of the English throne from James II to William of Orange: the right to representative government, the right to keep and bear arms, the right against self-incrimination, and right to trial by jury.

Barone also regards William's willingness to oppose Louis XIV of France's territorial ambitions as the genesis of Englands commitment to opposing expansionist regimes. “William's rule helped set the tradition in the 1690s, one that continued through the eighteenth century, of opposing expansionist tyrannical powers. That anti-tyrannical foreign policy has been a British policy, and an American policy, in the three hundred years plus since this event,” says Barone. Given their common political heritage and ideals, Barone thinks it only natural that the United States and Britain would later join forces to oppose dictatorships with a penchant for territorial aggrandizement.

The most lauded of those partnerships continues to be the Anglo-American alliance of World War II. Ken Burns and Lynn Novick's new seven-part film, The War, explores the American side of that experience. Rather than focusing on the friendship between Winston Churchill and Franklin D. Roosevelt or the barbarous nature of the Nazi regime, The War delves into the experience of average Americans—the soldier that goes off to fight, the family left behind to worry, the community mobilizing for victory. What emerges from the film is an appreciation of the sacrifices by those called to duty and the personal impact of a global conflict. “We all changed. We all went out as a bunch of kids. Wars are fought by kids. And we came back—looked maybe the same but inside we were different,” says Quentin Aanenson, a small-town boy from Minnesota who flew a P-47 Thunderbolt as part of the D-Day invasion.

For some Americans, the specter of war intruded into their lives almost a decade before Pearl Harbor. Chinese Americans watched anxiously as Japan began to devour China, making the fate of relatives and home villages a constant source of concern. K. Scott Wong shows how the Chinese American community used demonstrations and parades to raise public consciousness about Japan's aggression and encourage American firms not to aid the Japanese war effort.

In this issue, we also look at the power of individuals to nurture artistic expression. When the British journal, The New Age, came under the direction of eccentric editor Alfred Orage, it quickly became a favorite forum for writers, such as George Bernard Shaw, Katherine Mansfield, and H. G. Wells, to debate everything from socialism to psychoanalysis. A new exhibition, “Making It New: The Art and Style of Sara and Gerald Murphy,” shows how an American couple's support of the avant-garde inspired artistic breakthroughs. For the Murphys, there was more to patronage than writing a check. Artists and writers, including Fernand Léger, Pablo Picasso, Ernest Hemingway, and F. Scott Fitzgerald, gravitated towards the couple, relishing the Murphys' ability to orchestrate an environment conducive to creative expression. 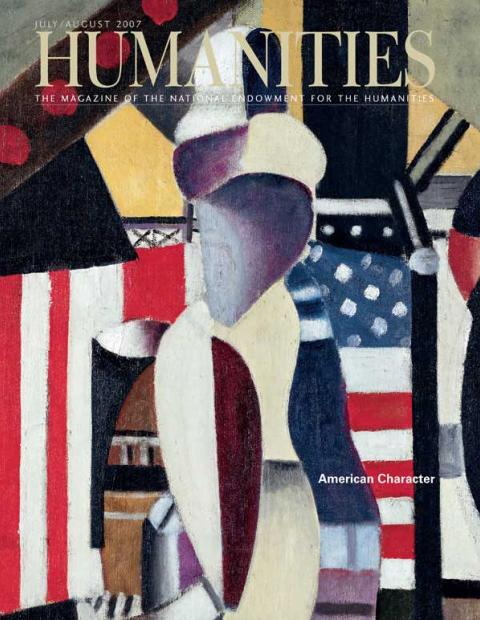