What Use is a Book? 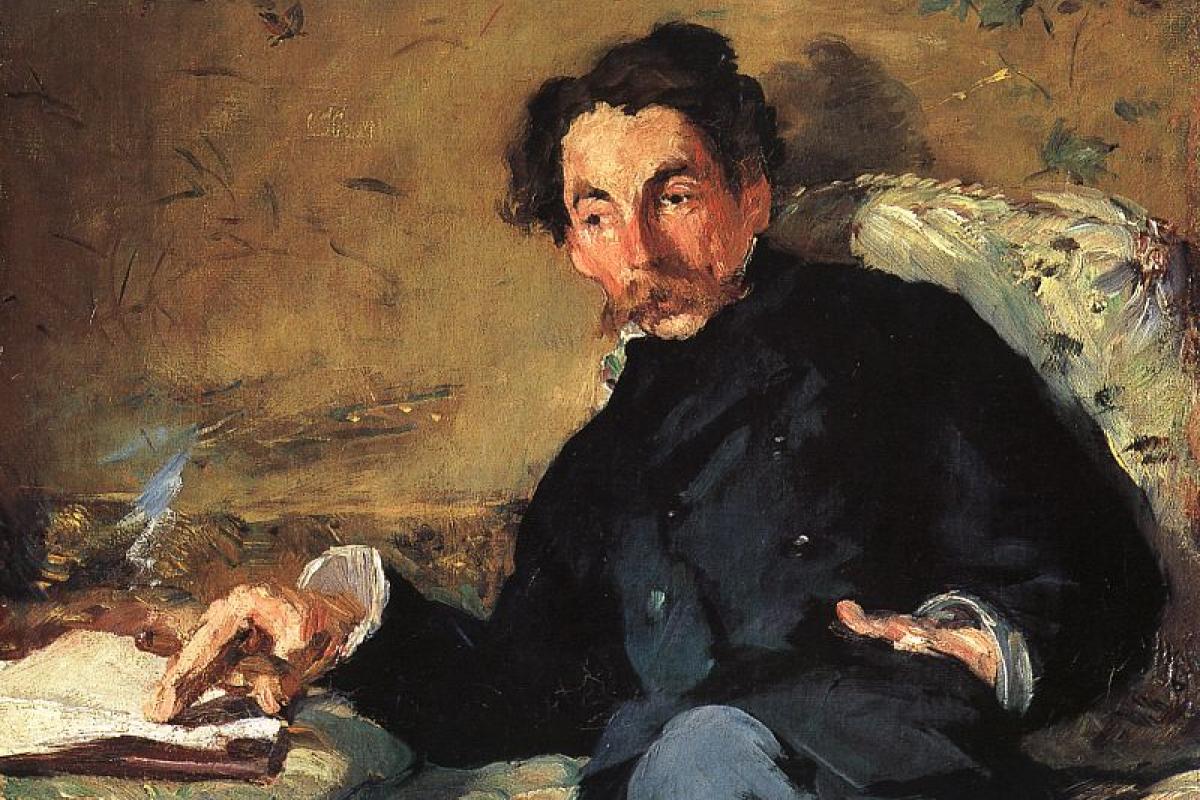 Manet's 1876 portrait of Stéphane Mallarmé reading a book can be viewed at the Musée d'Orsay in Paris, France.

As for me, I am devoted to the book.

These words, written by French poet Stéphane Mallarmé (ca. 1842-1898), express his lifelong engagement with the book as both “ambitious literary endeavor and as carefully crafted object.”  In a time of ebooks and digitization, it is no surprise that interest in the French symbolist poet and his fascination with the physical book are again on the rise, as Anna Arnar’s recently published The Book as Instrument: Stéphane Mallarmé, the Artist’s Book, and the Transformation of Print Culture attests. Mallarmé, who set the type on his own poems, pioneered literary styles and forms, testing the limits of rigid printing conventions that had dominated since Gutenberg and the invention of the printing press. In Mallarmé’s Paris, at the dawn of twentieth-century modernism, many feared that the popularity of inexpensive and readily available newspapers would supercede the book.  Newspapers expanded their readership and provided personal connections for many who had never experienced the printed word before. Much like today, many feared that the book was in danger of becoming obsolete. Mallarmé recognized the link between printed materials and the spread of democratic ideals, and devoted his life to understanding, developing, and emphasizing that connection. The Book as Instrument analyzes Mallarmé’s attempts to gather abstract ideas and feelings and contain them in a physical, tangible object. In this way, Mallarmé suggested, readers become equal partners in the creative process.

Understanding Mallarmé and his time is particularly important today, in a world of e-readers and i-Everythings. Readers debate, often with angst, about where the printed book will fit into an increasingly digital future. These 21st-Century discussions wrestle with the question: what use is a book? The Book as Instrument looks to the past, to another time when the future of the book was in question, for answers to our present dilemma.

Anna Arnar, Professor of Art History at Minnesota State University Moorhead was awarded an NEH Fellowship (FB-50364-04) in 2004 to research and write The Book as Instrument: Stéphane Mallarmé, the Artist’s Book, and the Transformation of Print Culture. (Chicago: University of Chicago Press, 2011). The Book as Instrument is the Dedalus Foundation’s 2012 Robert Motherwell Book Award winner, and a Berkshire Conference of Women Historians’ First Book Prize finalist.