Slings, Arrows, and Deceit in the Western Reaches of Alaska

View of the Yukon-Kuskokwim Delta

Courtesy of Ann Fienup-Riordan and University of Alaska

The Yup’ik of western Alaska recount different reasons for starting a war: a boys’ game of darts gone terribly wrong; a deceitful murder during a seemingly companionable hunting trip. What followed is handed down in stories of many fierce battles with arrows flying and tales of the tough and wily warriors who could withstand them. “Bow and arrow warfare” was widely prevalent among the Yup’ik up to about 1800 and did not end until Russians came to Alaska at the beginning of the nineteenth century. The Yup’ik tales of these violent confrontations have been kept alive for hundreds of years through careful retellings by the elders. They are considered reliable histories, unchanged since the first written accounts by non-natives. 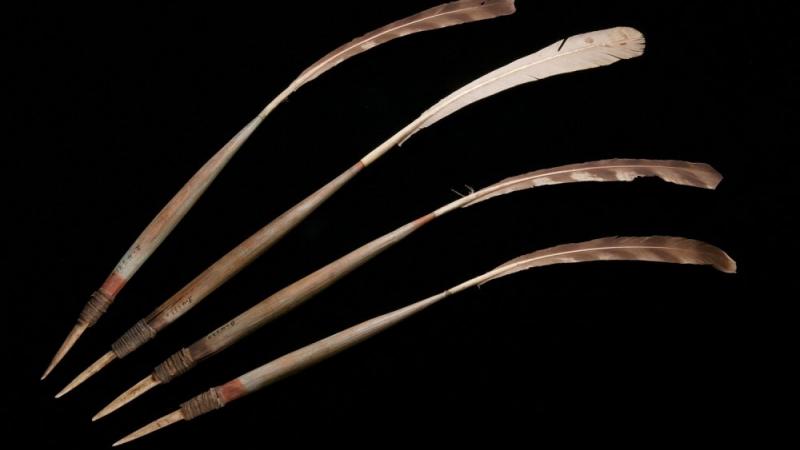 Dart games were played in the qasgi, or communal men's house.

Courtesy of the Phoebe A. Hearst Museum of Anthropology at the University of California, Berkeley, cat #2-4331 through 2-4334. 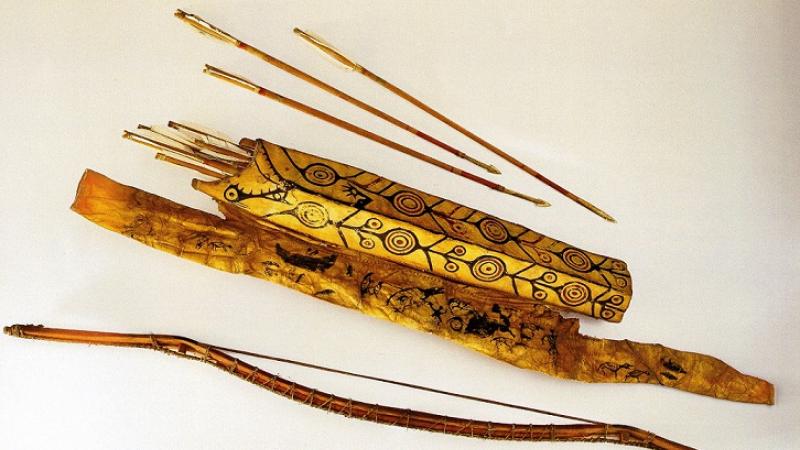 The painting on the quiver represents a paalraayak with its mouth open to receive the arrows. It is a creature said to live in the marshland of the Yukon Delta.

Courtesy of Ann Fienup-Riordan and University of Alaska Press

The traditional homeland of the Yup’ik people is the Yukon-Kuskokwim Delta, formed by the Yukon and Kuskokwim rivers emptying into the Bering Sea. At about 50,000 square miles, it is one of the largest deltas in the world, surpassing even the Mississippi River Delta in size. About 23,000 Native Alaskans, of whom some 14,000 are Yup’ik speakers, live in this treeless tundra, mostly in small, scattered settlements of ten to thirty residents each. Because the region had few natural resources such as whales, fur-bearing animals, or mineral deposits, few non-natives came to the area. This allowed the Yup’ik, unlike many other Alaska native peoples, to retain a great deal of their traditional knowledge and customs, and the largest number of speakers of any Alaskan native language. Despite this, both the language and the way of life have become increasingly endangered. In 1999, the Calista Elders Council (now merged into Calista Education and Culture) was formed, which actively supports the recording and transmission of traditional knowledge.

The cultural anthropologist Ann Fienup-Riordan, who came to western Alaska in 1976, is a non-native member of the Calista Elders Council. She has worked on many community-initiated projects, which in turn have led to numerous publications on traditional knowledge, oral history, and tales. In 2012, Dr. Fienup-Riordan received her third NEH grant for work on the Yup’ik, to transcribe, translate, and edit taped recordings of stories she gathered from over 100 Yup’ik elders since 1977. One story, Yup’ik People Going to War against One Another, can be found here; the goal is to eventually have 100 recordings and texts available online. Together with Alice Rearden and Marie Meade, Fienup-Riordan has published a book of Yup’ik oral history and cautionary tales about the wars, Anguyiim Nallini,Time of Warring: The History of Bow and Arrow Warfare in Southwest Alaska (University of Alaska Press, 2016). In her introduction, she writes “…the reader is invited to engage these translations and use them as starting points for understanding and respecting the profound differences between literary traditions that, in turn, make it possible for us to better understand ourselves.” She quotes elder Eddie Alexie of Togiak, who said, “What you have just been told, tie it to your ankles, so you will not have to stumble on it in the future.” 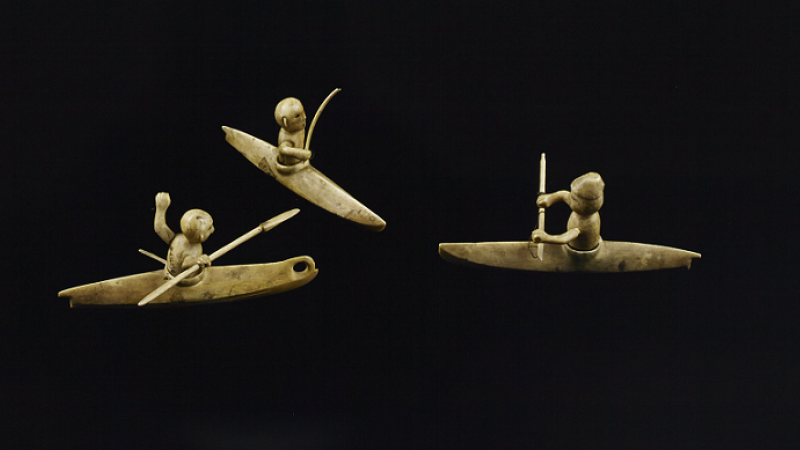 Ivory battle scene from the Kuskokwim, representing three warriors in kayaks wielding weapons. Collected by Johan Adrian Jacobsen in 1883; now at the Ethnologisches Museum in Berlin; IV A 5697-5699; each about 6 inches long. 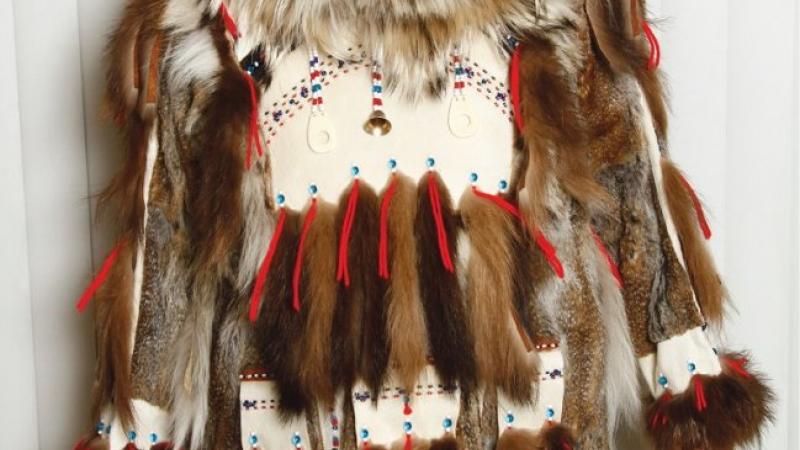 The parka, made by Theresa John's mother, Martina John, follows a family design established by earlier generations. It includes a white wolf tassel under each armpit to symbolize the arrow shot through the famous warrior Apanuugpak.

Today’s Yup’ik elders want to share their stories not only with the younger Yup’ik so that traditional knowledge will not be lost, but also with a wider audience. They seek to replace the stereotype of the quiet, happy Alaska native with a more complete picture of their culture and society (see an example of this at http://www.yupikscience.org/). The Yup’ik have managed to not only survive for generations in a harsh region at the northwestern edge of the American continents, but to build a resilient and enduring way of life, in a land where animals are considered non-human persons and the environment something living that responds to thoughts and actions. The elders who passed along these stories to the recorders “spoke the past” so that we might understand the present.