Giuseppe Verdi’s Attila and Italy in the 1840s 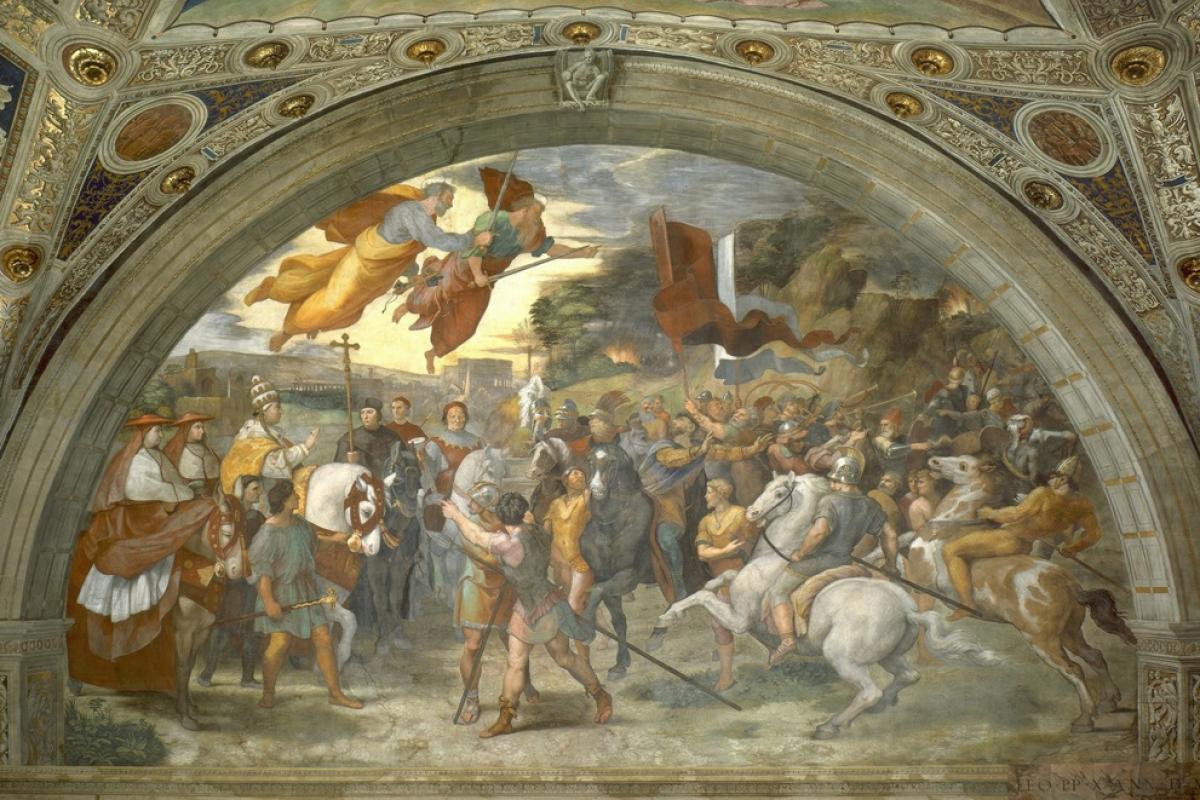 Raphael, Pope Leo I Repulsing Attila the Hun, 1514, "Stanza di Eliodoro," Vatican Palace. The fresco depicts the meeting of Pope Leo the Great and Attila, who was threatening to invade Italy. Rome's patron saints, the Apostles Peter and Paul, miraculously appear, frighten and turn back the Hun.

In 452, Attila sacked the city of Aquileia, the eastern outpost of the Roman Empire, using an army of ruthless Huns and military cunning and cruelty; he invaded Italy again in 1846—this time through the pen of Giuseppe Verdi—using arias, dramatic choruses, and stunning scenery. Premiering in Venice in 1846 to great acclaim, it took 166 years for the full orchestral score of Verdi’s Attila to be published in 2012.

Giuseppe Verdi composed twenty-eight operas both during and after the tumultuous struggle leading to Italian unification in 1870, the Risorgimento. Attila, his ninth opera, captures the political turmoil of the 1840s. At this time, northern Italy was under Austrian control, the Pope ruled the provinces around Rome, and the Spanish Bourbons reigned over southern Italy. Musicologist Douglas Ibson has proposed that the performances of Attila in Rome of 1847, which followed on the heels of the Austrians’ withdrawal from the Papal States, must have found particular resonance for those who sought to challenge foreign domination.

The opera opens with a chorus of Huns who celebrate victory atop the still-smoking ruins of Roman Aquileia. Striking scenes follow: a sunrise over the newly founded Venice (settled by refugees from Aquileia); Attila in the throes of a terrifying dream foreshadowing his ominous encounter with Pope Leo I, who successfully deters the Hun from invading Rome; and ultimately Attila’s murder at the hand of his new bride.

A letter, dated 1846, from Verdi to the sculptor Vincenzo Luccardi reveals that the composer took inspiration for the legendary encounter between the pope and the king of the Huns from the Renaissance painter Raphael’s 1514 fresco of the subject (see illustration): “I know that in the Vatican, either in the tapestries or in the Raphael frescoes, there must be the meeting of Attila with Saint Leo. I should need a description of Attila’s costume: draw me a few strokes with your pen, then explain to me with words and numbers the colors of his outfit: I particularly need information about his hairstyle.” Indeed, this historical event became Verdi's impressive Act 1 finale. 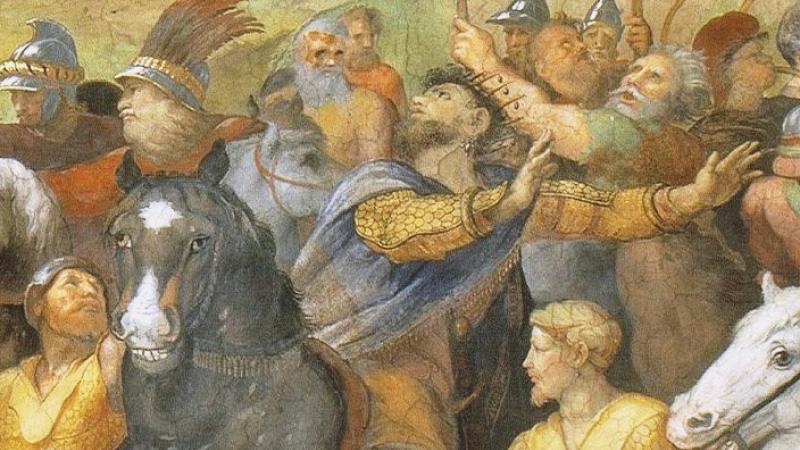 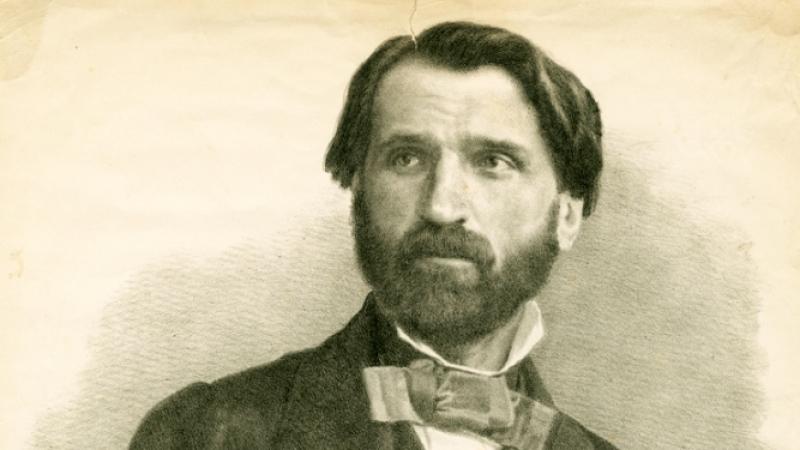 The fresco, in fact, documents yet another moment in Italian politics, for Raphael depicted not the fifth-century Leo I, but instead his own patron, Pope Leo X, who was also embroiled in numerous military conflicts. That Verdi’s contemporaries reinterpreted Attila’s fifth-century threat to Rome through the political lens of the nineteenth century thus follows from a long tradition of remaking historic stories into art works of contemporary relevance—whether paintings or operas.

This edition is a most fitting birthday homage to the composer in his two-hundredth year. The new edition of Attila was used as the basis for new productions of the opera, including the 2010 New York Metropolitan Opera performance under the baton of Ricardo Muti (who conducted from second proofs of the edition prior to its publication) and the collaboration of fashion designer Miuccia Prada and architects Jacques Herzog and Pierre de Meuron. 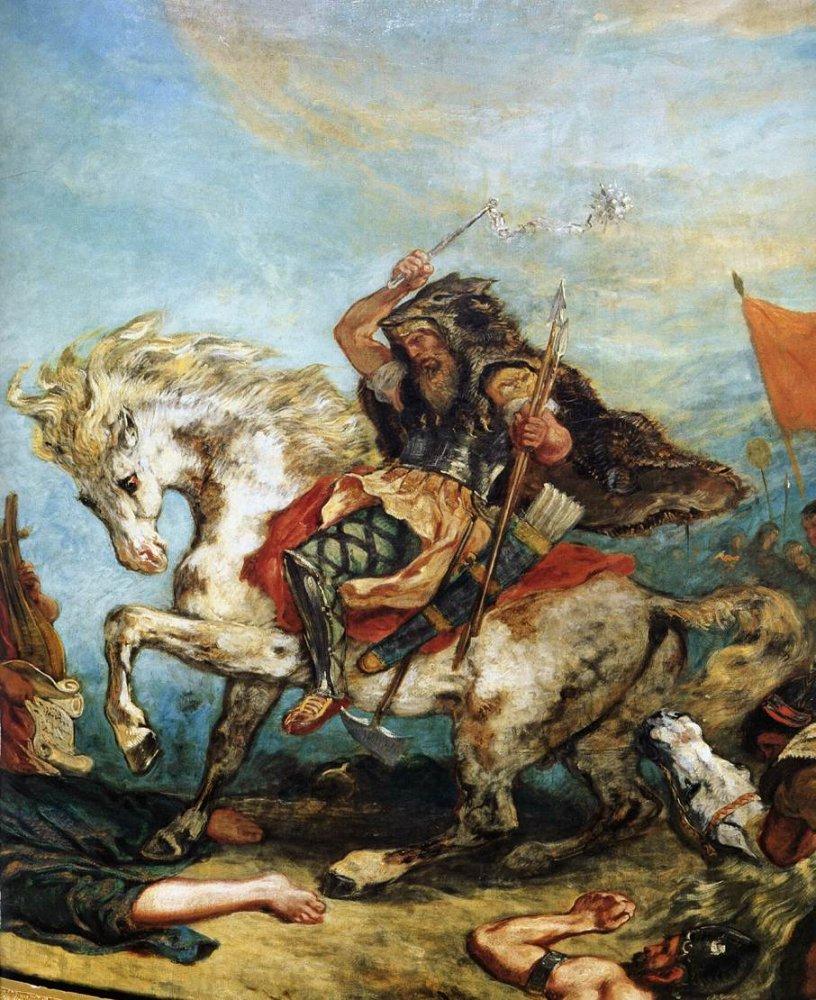 Eugène Delacroix, Detail of Attila and His Hordes Overrun Italy and the Arts, 1847, Library, Assemblée Nationale, Paris. Delacroix worked on painting the vaults of the library of the French National Assembly between 1838 and 1847, the same time period of the first performances of Attila by Verdi.

Helen Greenwald, the editor of Attila, is Professor of Music History at the New England Conservatory of Music. The volume is part of The Works of Giuseppe Verdi (WGV), a multi-volume scholarly edition of the complete works inaugurated in 1983 and published by the University of Chicago Press and Casa Ricordi of Milan. 16 of the planned 39 volumes are published, with an estimated completion date of 2025.

The University of Chicago has received 13 grants for The Works of Giuseppe Verdi edition from the NEH since 1979, the most recent being RQ-50655-12.