China: Its Environment and History 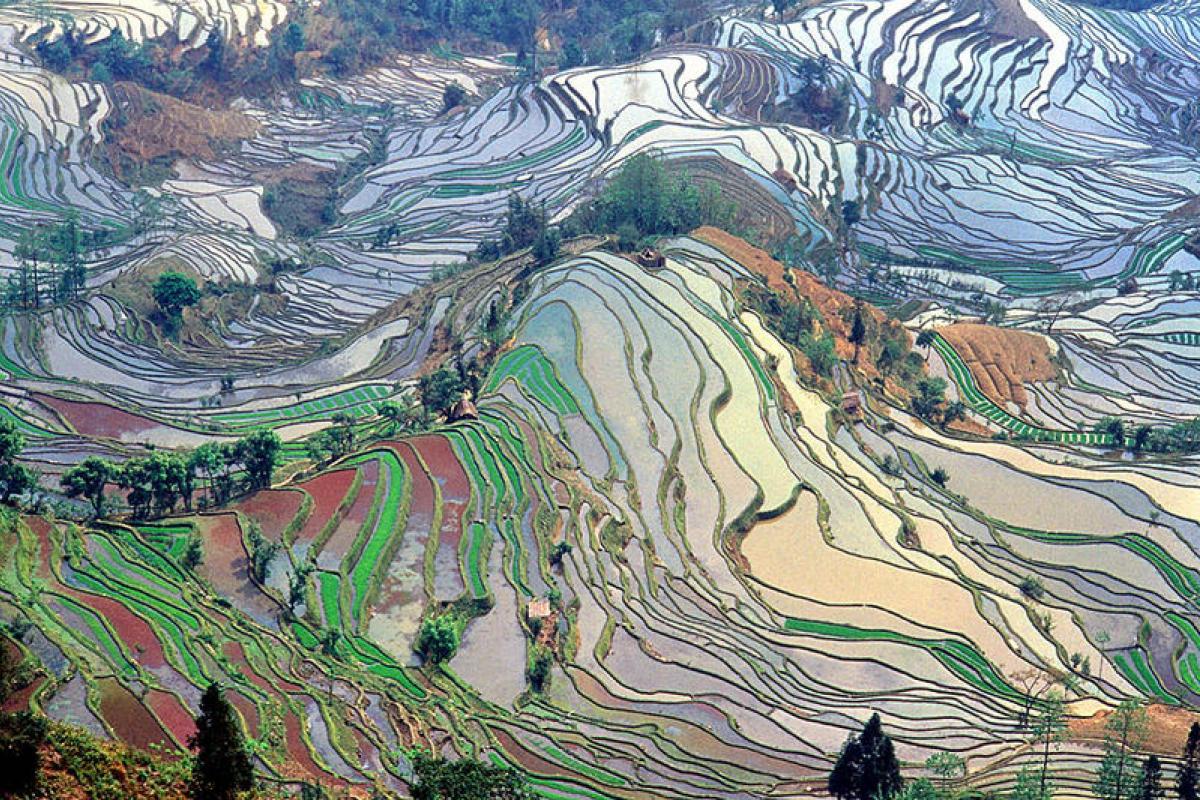 This 2003 photograph is an example of the extensive agricultural terracing of some hills in Yunnan Province.

With a population of 1.3 billion, China is now both the world’s leading consumer of energy and the world’s largest source of carbon pollution. That China faces an environmental crisis is little surprise.

Less widely recognized is how long the prelude to this crisis has been. Traditional Chinese agriculture, for example, appears highly sustainable at first glance. In some parts of China, rice has been harvested from the very same paddies for over one thousand years. But a recent NEH-supported book details human-induced environmental degradation in China dating back at least four millennia.

Robert Marks’s China: Its Environment and History chronicles, for example, the construction of over 20,000 miles of roads under the Qin and Han dynasties (221 BCE to 220 CE), the dramatic change in the course of the Yellow River engineered in 1194, and the origins of the highly fertile Pearl River Delta, which—far from being a natural formation­­--arose through a buildup of sediment deliberately abetted by farmers to increase the acreage of cultivable land. “The overriding trend over the past 4,000 years,” Marks notes, “is of the simplification of natural ecosystems into a . . . Chinese agro-ecosystem,” a system based on “farming families tilling the land and paying taxes to a central state.”

As for the techniques of agriculture used by those families, Marks explains they were not entirely sustainable after all. The soil, pushed beyond its capacity over the centuries, experienced a long slow loss of nutrients that could not be sufficiently compensated by the addition of organic material, ingenious though some of the methods for supplying that material were. Not only was human waste transported from city to countryside as part of a coordinated cycle of production and consumption. Fruit trees, including the mulberry trees used in sericulture, were planted next to carp ponds. The fish ate whatever matter fell from the trees into the ponds, and the pond muck, including fish droppings, was then raked back up to nourish the fruit trees and adjacent paddies. But by 1950, Marks says, “nearly all of China’s farmland was deficient in most nutrients,” and thus completely dependent on modern fertilizer. He shows that deforestation, loss of wildlife habitat, and the depletion of ocean fisheries have similarly long histories in China.

China is hardly alone in having a record of environmental damage that predates the modern era. But as Marks points out, no other state has had such a vast range of ecosystems under its purview for so many years, and no other place has such a long unbroken history in the same language. The environmental degradation in China thus stands out in particularly sharp relief among national accounts of environmental change.